Kamal Haasan launched Makkal Needhi Maiam on Wednesday, following months of speculation as to whether the veteran Tamil actor would take the plunge. Here's everything you need to know about the new entrant in Tamil Nadu politics. 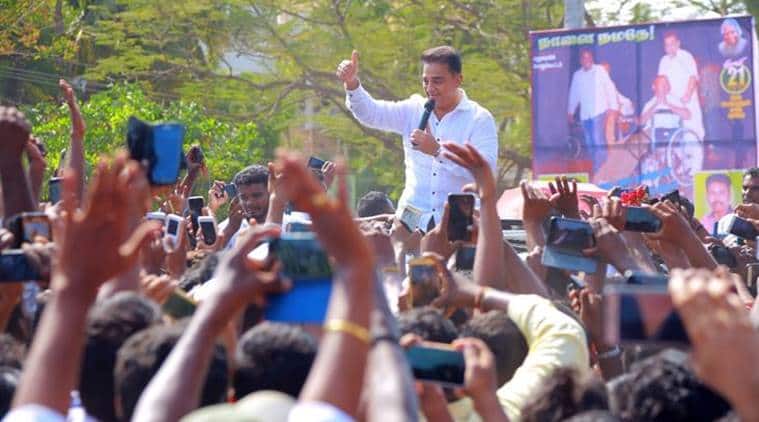 Actor-turned-politician Kamal Haasan interacts with people during his tour through Tamil Nadu on Wednesday.

Kamal Haasan launched his political party on Wednesday, following months of speculation as to whether the veteran Tamil actor would take the plunge. After embarking on the first phase of his tour through the state, Haasan announced Makkal Needhi Maiam as the name of his party, unveiled its logo and shared its objectives.

Haasan, 63, has always been vocal in addressing political and social issues concerning not just Tamil Nadu, but also neighbouring states. In a letter last month, he called on the people to “question medicrity and raise the bar on governance and welfare for the people.” 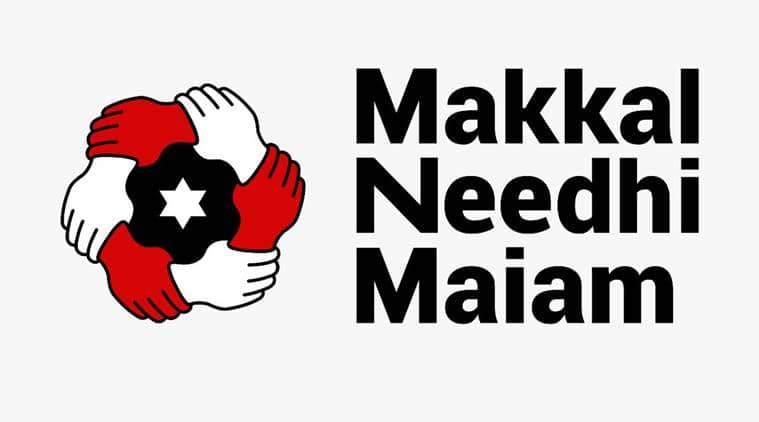 Haasan unveiled his logo on Wednesday to an audience of 1,500 people in Madurai, Tamil Nadu.

What does his new party Makkal Needhi Maiam mean?

Makkal Needhi Maiam, meaning People’s Justice Centre, is the name of Haasan’s new outfit. Explaining the reason behind the name, Haasan said, “People ask me what is this ‘Maiam’? And if I am left or right? That is why I kept the name ‘Maiam’, which means centre.”

The party symbol, six arms interlinked around a star at the centre, is in red, white and black. Addressing an audience of around 1,500 people on Wednesday, Haasan went on to explain, “Have you seen my (party’s) flag and symbol? It has the map of new South India. Those six hands represent the six southern states. The star in the middle with six pointers represent truth, people and justice.”

Also Read | Beyond the News — Not a Rajinikanth or Vijayakanth, Kamal Haasan’s political entry too is dreamy and simple

The newly founded MAKKAL NEEDHI MAIAM is your party. It’s here to stay, and to make the change we all aspire for. Guide us to serve you. #maiam #makkalneedhimaiam
official website: https://t.co/cql8kgqGkk
fb: https://t.co/2Gz1xRg5vf
twitter: https://t.co/J9ywXrunOb pic.twitter.com/Xza62w4DcC

So, will Haasan expand his politics to other southern states?

The six states referred to by Haasan are Kerala, Karnataka, Andhra Pradesh, Telangana and Puducherry apart from Tamil Nadu. So will he form alliances? Probably not. While he’s spoken about the need for unity between the southern states, Makkal Needhi Maiam will particularly work for the welfare of people in Tamil Nadu. Issues such as state powers, water disputes and the use of Hindu (in other states) are likely to draw a line for the party in TN.

Okay. What about his party? What are its objectives?

Despite being the face of the party, Haasan describes himself as a worker – a coordinator who serves people — instead of a leader. On Wednesday, he laid emphasis on equal and quality education for all and development — Haasan will adopt eight villages in the state and begin his service to the people.

“Those who are playing politics in the name of caste and religion, I say to them: stop it. Otherwise we will do it (stop politics of hate)…and we will become the model (while doing that), leading the way,” he told the crowd.

Through his tour, Haasan repeatedly stressed that his party was not defined by “isms,” but launched for the welfare of the people.

Related | ‘I am not your leader, I am your tool’: Top quotes from Haasan’s launch 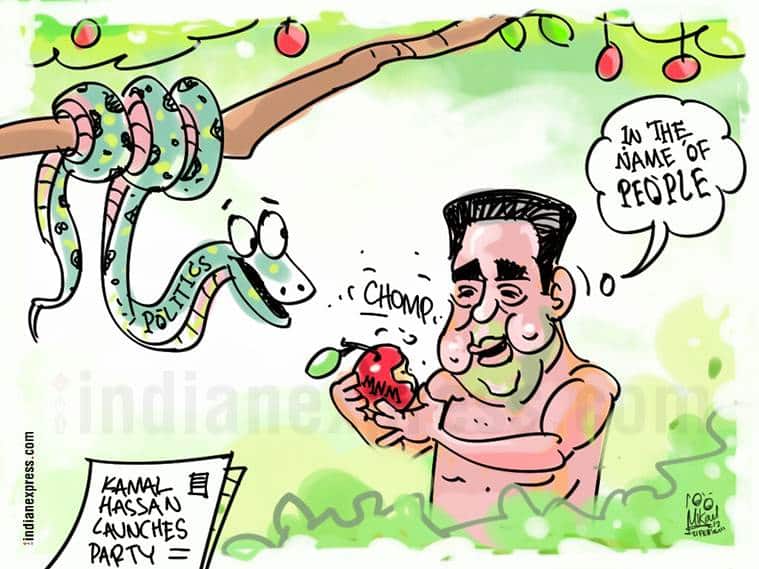 Where did he launch his party Makkal Needhi Maiam?

In the first phase of his state-wide tour, Haasan travelled through three districts and interacted with people. Haasan chose to begin his tour in Rameshwaram, the home of late President APJ Abdul Kalam. “Greatness can come from simple beginnings. Actually it will come only from simplicity. Glad to start my journey from a great man’s simple abode,” he said. He also paid tribute to the late President at his memorial in the city.

An interaction with students from Kalam school was cancelled after the local administration denied the actor permission. However, interactions with members of the fishing community as well as the media were held as planned. Haasan later made a pitstop at Ramanathapuram, his hometown.

The actor’s grand launch took place in Madurai, where he shared the dias with Delhi Chief Minister Arvind Kejriwal. He also received a congratulatory message from Kerala CM Pinarayi Vijayan, which was played on a screen.

Read | Kamal Haasan, the leader: The politics of Nammavar’s characters

Who is supporting him?

At the rally, Kejriwal told the people to cast their votes for Haasan in the next election and defeat dravidian parties DMK and AIADMK and the Congress. “People of Tamil Nadu should break the record of people in Delhi by electing an alternative political party led by Kamal Haasan…. If you have an honest government, everything is possible. Delhi is witnessing a complete transformation in education, health, power and many such essential sectors,” he said. Read more here.

The Kerala CM called Haasan a unifying link between the two states, adding that Makkal Needhi Maiam will enrich Kerala too in its fight to uphold secularism, socialism and a pluralistic society.

Andhra Pradesh CM Chandrababu Naidu has also reached out to Haasan, asking him to “prepare a list of things to do for the people beyond policies.” Haasan said he was told by the CM that this will lead (the party) to victory. 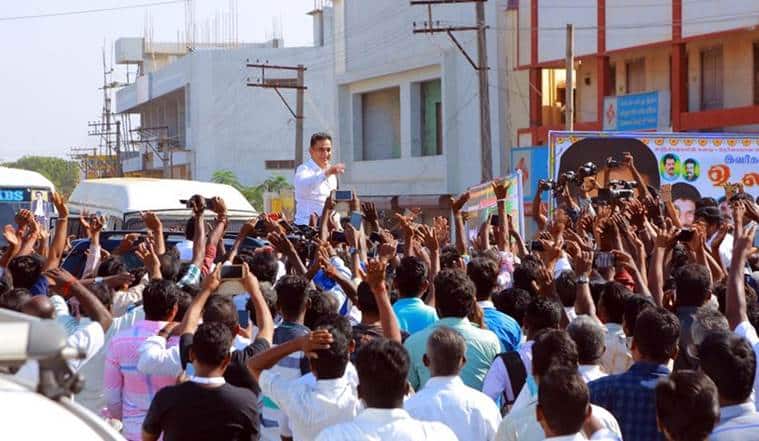 Haasan has stressed that his party was not defined by “isms,” but launched for the welfare of the people.

Haasan’s party has been launched three years ahead of the next Assembly elections in the state. Haasan will continue his tour through the state, interacting with the people and working towards their welfare. The actor has said is unlikely to continue acting. In an interview recently, he said, “Except for the two films which are coming out, there will be no more films for me,” reported IANS.

Saying that he is proud of his acting career, Haasan on Wednesday said he was prouder of his political journey.