The royal family, and their winning streak in Madhya Pradesh

The erstwhile rulers of Gwalior kingdom, have always mattered in Madhya Pradesh politics for the past six decades. 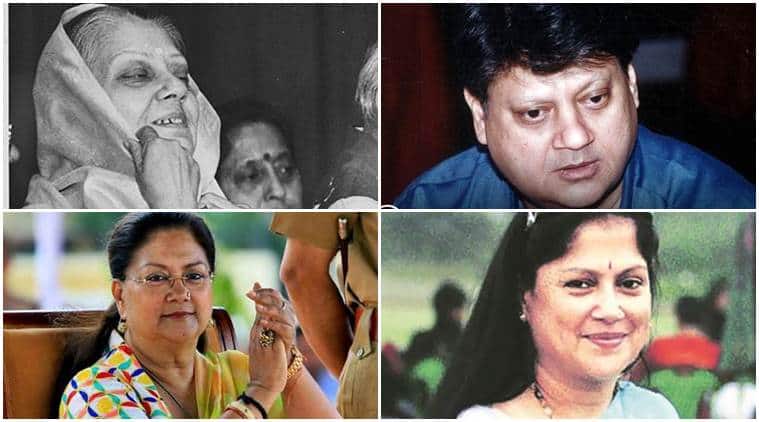 No matter which side of the political divide they stood, whether they contested as Independents or floated a regional outfit, members of the Scindia family, the erstwhile rulers of Gwalior kingdom, have always mattered in Madhya Pradesh politics for the past six decades.

Barring two losses, including the defeat of Jyotiradiya Scindia in May 2019, members of the erstwhile royal family have won many parliamentary and assembly elections in the state, starting with the victory of Vijayaraje Scindia from Guna in 1957.

Trapped in the feudal past, many voters are more comfortable addressing the candidates as Maharaja or Maharani rather than any other title. It is not uncommon for ministers, especially those from Gwalior-Chambal region, to refer the Scindia members by their royal titles. Congress workers burn an effigy of Jyotiraditya Scindia at the party headquarters in Bhopal, Tuesday. (PTI)

The Rajmata, as Vijayaraje Scindia was popularly known, won her first election as a Congress candidate. She later won as candidate of the Jan Sangh, Swatantra Party and BJP, of which she was a founding member. She tasted defeat when the BJP made her contest against Indira Gandhi in Rae Bareli in 1980.

Read | Jyotiraditya Scindia: The Gwalior royal at the centre of turmoil in MP

In 1967, she helped dislodge the government headed by Congress stalwart D P Mishra following differences with him. She won the 1967 Lok Sabha election from Guna as member of Swatantra Party and also the simultaneous assembly election from Karera as Jan Sangh candidate. She resigned from the parliamentary seat and chose to become leader of Opposition in MP assembly. Her coup helped form the first non-Congress government in MP. The Sanyukt Vidhayak Dal government, however, did not last long.

Her son Madhavrao Scindia won his first election in 1971 as Independent but was backed by the Jan Sangh. Differences with his mother led him to join the Congress. His winning streak that began when he was just 26 continued even when he briefly parted ways with the Congress to contest as candidate of Madhya Pradesh Vikas Congress in 1996.

Read | 1996 redux: When Madhavrao Scindia left the Congress to chart an independent course

Jyotiraditya won the by-election held after the death of his father Madhavrao in an air crash in 2001. He won in 2004, 2009 and 2014 before being defeated in 2019 by K P Yadav, who described the fight as one between a maharaja and a commoner.

The only other defeat of a Scindia in MP came when Madhavrao’s sister Vasundhara contested from Bhind. Held after Indira Gandhi’s assassination, the election had reduced the BJP to two seats. Former PM Atal Bihari Vajpayee lost from neighbouring Gwalior to Madhavrao.

Till in the recent past the “palace factor” mattered in seats in and around Gwalior. The family used to influence selection of candidates not just in their own party but also rival outfits.

Read | Amit Shah at work, BJP gets a shot in the arm from Bhopal

While Vasundhara went on to chart a successful political course in Rajasthan, becoming the Chief Minister, her sister Yashodhara won many elections in MP since she returned from the US. A minister in Shivraj Singh Chouhan government, she is currently an MLA from Shivpuri. Vasundhara’s son Dushyant is BJP MP from Jhalawar in Rajasthan.