Justice DY Chandrachud — the son of India's longest-serving Chief Justice Y V Chandrachud — was administered the oath of office by President Droupadi Murmu at the Rashtrapati Bhavan on Wednesday. 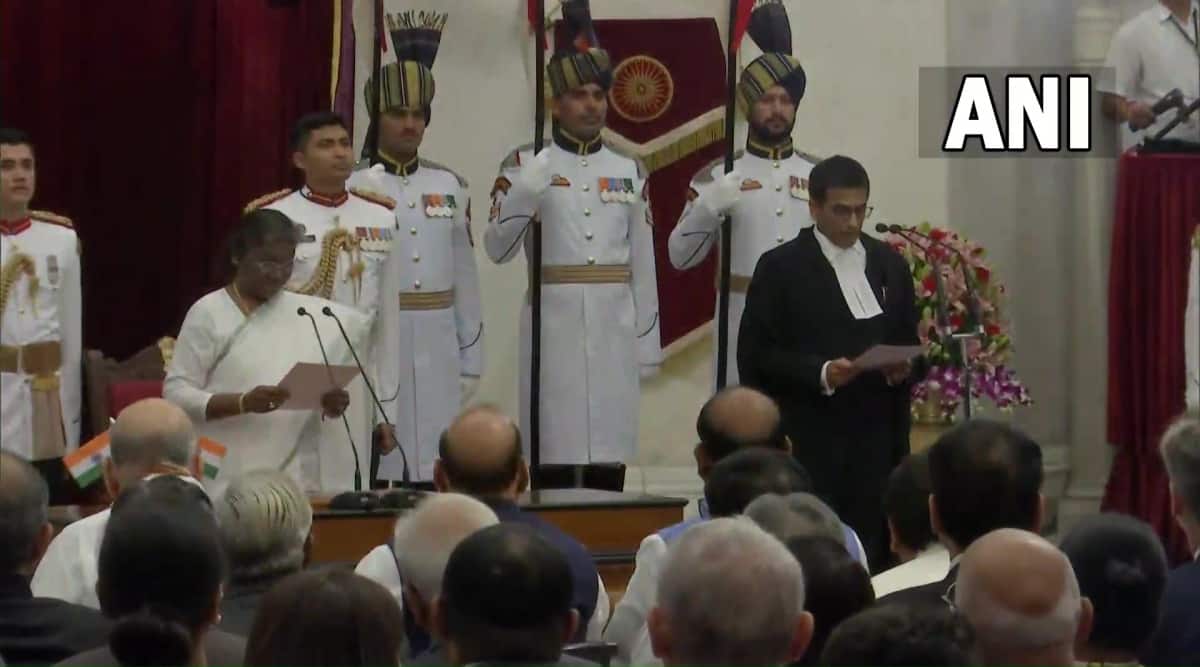 Chandrachud will serve as Chief Justice till November 10, 2024.

Justice D Y Chandrachud took charge as the 50th Chief Justice of India on Wednesday. The senior-most judge of the apex court, Justice Chandrachud is set to serve as CJI for a period of two years, succeeding Uday Umesh Lalit.

Justice Chandrachud — the son of India’s longest-serving Chief Justice Y V Chandrachud — was administered the oath of office by President Droupadi Murmu at the Rashtrapati Bhavan this morning. He was recommended for the top post by former CJI UU Lalit on October 11.

While his predecessor, Justice Lalit, had a brief tenure of 74 days, Chandrachud will serve as Chief Justice till November 10, 2024.

Born on November 11, 1959, Justice Chandrachud was elevated to the top court on May 13, 2016. He has been part of several Constitution benches and landmark verdicts of the top court including on matters relating to the Ayodhya land dispute, the right to privacy and adultery.

Just last month, a bench headed by Justice Chandrachud expanded the scope of the Medical Termination of Pregnancy (MTP) Act and the corresponding rules to include unmarried women for abortion between 20-24 weeks of pregnancy.

In an interview with The Indian Express on the eve of being sworn in, Justice Chandrachud said that his mission was to make the judicial system “more simple, more transparent, more efficient so that the interface of common citizens with the judiciary becomes easy, simple and transparent”.