“Sudip Datta Bhaunik, had gone to meet the Commandant of the 2nd TSR at RK Nagar after obtaining due appointment from him. But when he reached there he had an altercation with a PSO of the Commandant outside the latter’s office, during which the PSO shot at him," the editor said. 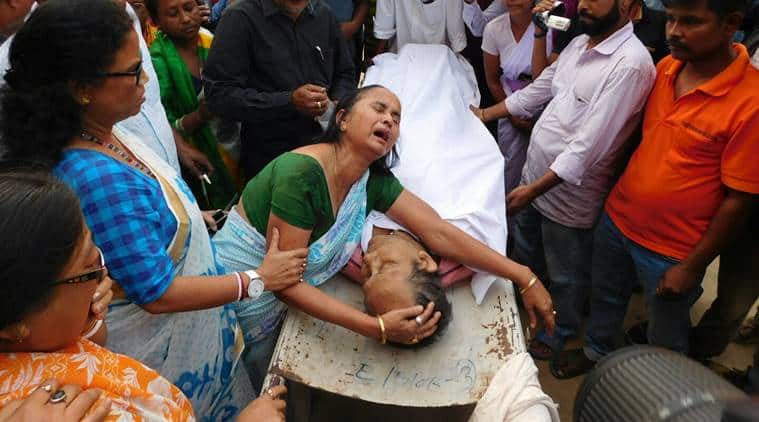 Yet another journalist was killed in Tripura on Tuesday noon, the second in two months. Sudip Datta Bhaumik was allegedly shot by a jawan of the 2nd Tripura State Rifles (TSR) at RK Nagar, about 20 km from Agartala. Nandagopal Reang, the TSR constable has been arrested by the police.

The incident occurred two months after another journalist, Shantanu Bhowmik was killed by a mob allegedly in the presence of the police at Mandai, about 40 km from Agartala.

“He (Sudip Datta Bhaumik) was shot by one Rifleman Nanda Reang inside the 2nd Bn Tripura State Rifles headquarters following some arguments. While a forensic team has visited the spot, post-mortem examination of the deceased has been conducted on camera,” Abhijit Saptarshi, SP of the West district informed The Indian Express from Agartala. The SP also said that while investigation was underway, other details including what had actually transpired leading to the constable firing upon Bhaumik was still under investigation. The constable has been detained, he added. 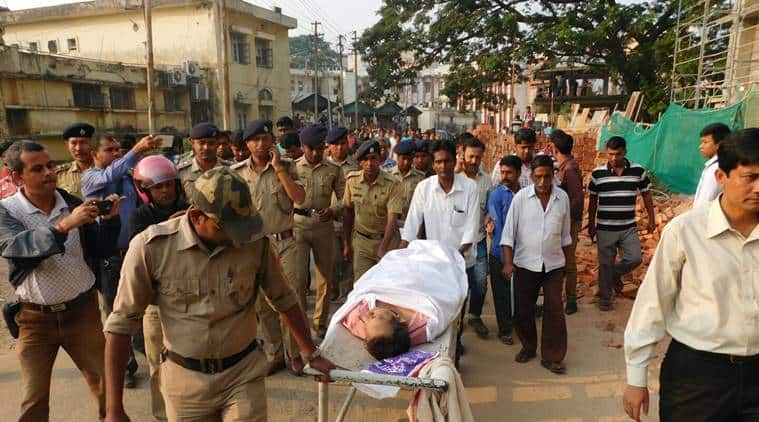 Nandagopal Reang, the TSR constable has also been arrested by the police. (Photo by Abhishek Saha)

“Sudip Datta Bhaumik, who was a senior journalist with our newspaper, had gone to meet the Commandant of the 2nd TSR at RK Nagar after obtaining a due appointment from him. But when he reached there he apparently had an argument with a PSO of the Commandant outside the latter’s office, during which the PSO shot at him. Sudip died on the spot,” Subal Kumar Dey, editor of Syandan Patrika, a leading Bengali newspaper of Agartala, told The Indian Express over the telephone.

Reacting to the incident, the BJP, which has geared up its campaign to oust the Left-Front government in the upcoming Tripura state assembly elections likely to be held in March next year, said, “Democracy is being murdered every day in the CPI(M)-ruled state.” The BJP, in a tweet, also described the Tripura situation as “jungle-raaj” and demanded an end to it.

On September 20, Shantanu Bhaumik, a reporter of Din-Raat, a local TV cable news channel, was killed while he had gone to cover an incident at Mandai, about 40 km from Agartala, where a clash between CPI(M) and Indigenous People’s Front of Tripura (IPFT) supporters. The police later arrested a few members of the IPFT.

While the Left Front government of Manik Sarkar had constituted a Special Investigation Team (SIT) to enquire into the killing of Shantanu Bhowmik in September, journalists in Tripura and across the Northeastern region have been demanding CBI investigation in the case.