The US has been pushing for net zero carbon emissions, under which a country compensates for the greenhouse gases it generates by making provisions for absorption and removal of an equal amount. 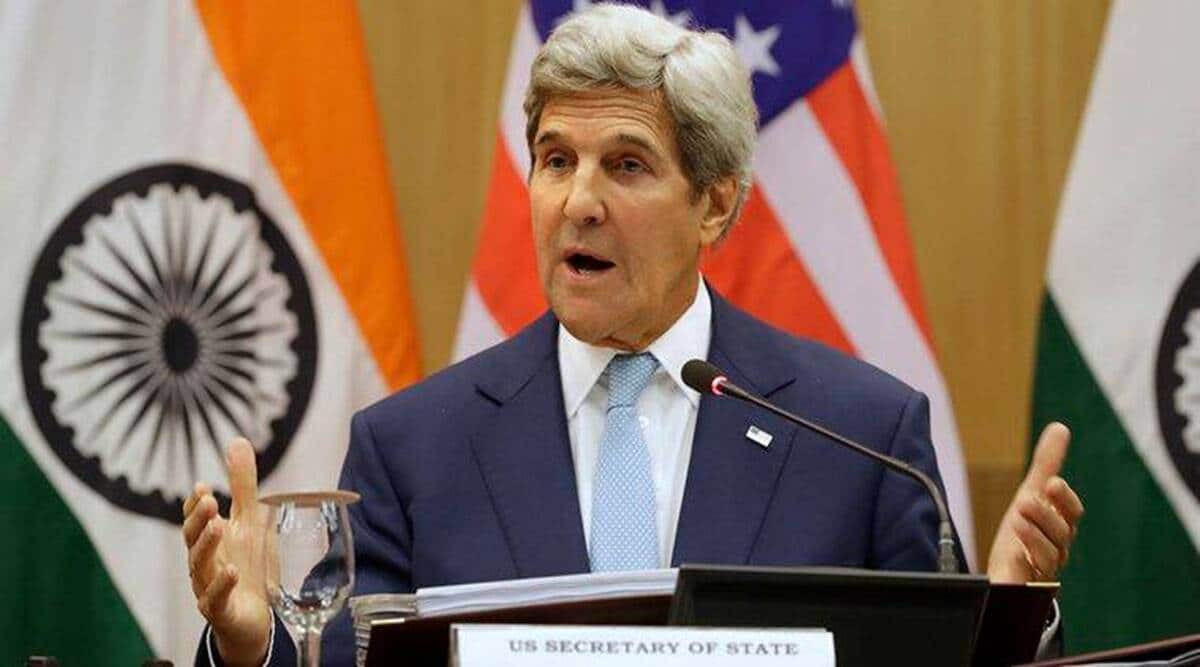 India pledging net zero carbon emissions is not an “absolute requirement” and that was not his message to Prime Minister Narendra Modi, United States Special Presidential Envoy for Climate John Kerry said on Thursday. India, he added, was already doing all the things to get there.

“Do I think it (a net-zero target) could be? Yes. Am I sitting here saying that’s what India surely has to do? No, that’s not my message in my meeting with the Prime Minister,” Kerry said in a media interaction, a day after his meeting with Modi. He added that Modi understood the challenge of climate change, and “that’s better than a lot of nations”.

Asked about the role of young climate activists and how governments can safeguard their rights or encourage them — in the context of the case of Disha Ravi, who was held on sedition charges linked to the farm protest — Kerry said he “welcomes that kind of activism”. “Human rights are always a critical issue to the United States… Young people have been key to pushing a lot of adults to do what adults are supposed to do… I personally welcome that kind of activism.”

The US has been pushing for net zero carbon emissions, under which a country compensates for the greenhouse gases it generates by making provisions for absorption and removal of an equal amount. US President Joe Biden has convened a virtual Climate Leaders’ Summit, including Modi, on April 22-23. It is expected that the US would commit itself to a net zero target by 2050 at the summit, in a bid to reclaim global climate leadership after former president Donald Trump pulled out of climate change initiatives like the Paris Accord.

In India’s case, Kerry said that if it was able to implement its goal of operationalising 450 giga watts of renewable power, it would be “one of the few nations helping keep the rise in Earth’s temperature to 1.5 degrees Celsius”.

Replying to a question in relation to Disha Ravi, Kerry said that in the recent US presidential election, climate change was one of the factors for voters. “The first time that I can remember since 1970, probably, the environment, climate crisis were voting issues… And young people led that charge.”

Kerry also said the US would keep its commitment in the $100 billion to be paid by developed countries to developing nations, as agreed in the Paris Accord, to facilitate transition towards climate-friendly technologies. He said the US would pay what’s due to it and more. “I think that is called living up to your obligations.”

In an interview to India Today TV channel, Kerry said he was not sure China would be on board over meeting its climate targets for 2050. Beijing has been seeking an extension to 2060. He also said the Trump administration’s decision to withdraw from the Paris Accord had “shot America’s credibility”. “(He) turned his back on science and became the only leader of any nation who decided to withdraw.”

Kerry said that many countries, in Europe, the Middle East and other parts of the world, are interested in being part of a consortium for financing renewable energy in India. He said the UAE was one of them and the finer details would be worked out with India soon, “over the course of the next few weeks”.