None of the major stations in the metros found a place in the top 10 list save for Anand Vihar in New Delhi, which came in at fifth position. New Delhi station was ranked 39th. 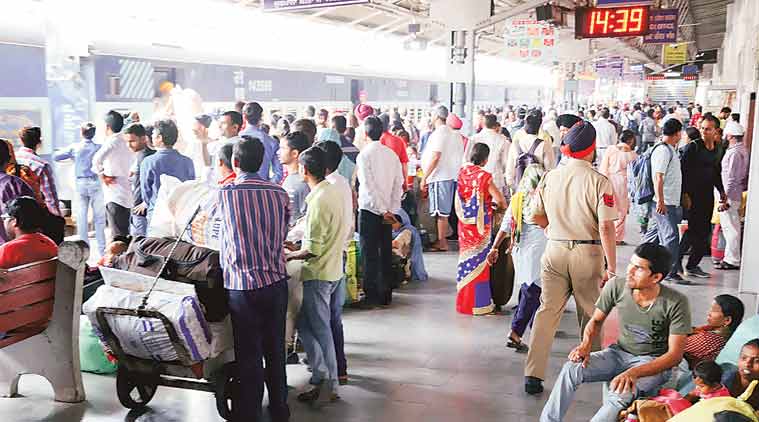 Rajasthan’s Jodhpur and Marwar railway stations have emerged the cleanliest among the major stations in the country in the latest round of cleanliness assessment study. While Jodhpur secured the first position in A1 category stations for this year, Marwar took the pole position in A category, according to the study report released by Railway Minister Piyush Goyal on Monday. Both the stations fall under North Western Railway zone.

A1 and A category stations contribute 80 per cent of the passenger revenue. The stations are categorised as A1 and A based on revenue generated and footfalls. Releasing the report, Goyal suggested making the annual study a half-yearly exercise for bringing about greater competitiveness among the stations and ensuring a “test check” in maintaining cleanliness standards.

None of the major stations in the metros found a place in the top 10 list save for Anand Vihar in New Delhi, which came in at fifth position. New Delhi station was ranked 39th, a position it had held last year too.

When asked about the worst performing station in the cleanliness chart, Goyal did not name the station but said the north-central railway has come at the 16th place, indicating it was worst performing among all the zones in terms of cleanliness. The railways is divided into 16 zones.

“Last year, it was at the 15th place. We will take it up,” the minister said, highlighting the unique challenges confronting the zone. “The zone is saturated, has over utilised infrastructure and passing through difficult times,” he said. The zone is headquartered in Allahabad and the routes passing through it have over 110 per cent capacity utilisation.

The North Western Railway topped in cleanliness zone-wise, followed by South Central Railway while East Coast Railway was ranked third. According to the survey report, compared to 2017, there is nine per cent improvement in top 100 stations, 14 per cent in the next 100.

The cleanliness ranking, conducted by the Quality Council of India, was started in 2016. Since then, according to the study, there has been a significant improvement in the cleanliness aspect. In 2017-18, average cleanliness of stations went up by 18 per cent, and 61 per cent of all citizens covered in the latest round of the study said the cleanliness was “above average”, QCI chairman Adil Zainulbhai said.

The parameters adopted for conducting the survey were ‘evaluation of the process of cleanliness in parking, main entry area, main platform, waiting room, direct observation by QCI assessors of cleanliness and passenger feedback, with each of the parameters carrying 33.33 per cent.