For claiming the benefist of Pahari speaking people (PSP) category, a person must be a member of the Pahari clan, community or tribe having a distinct cultural, ethnic and linguistic identity. It also requires the person to be Pahari-speaking language and his/her mother tongue must be Pahari. 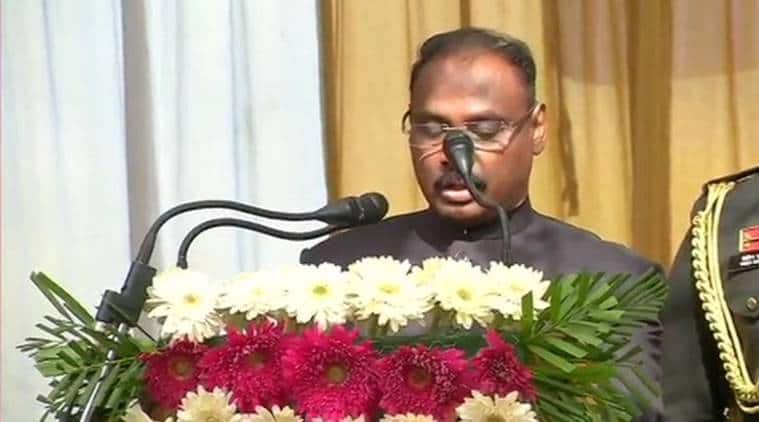 The post was lying vacant since October 29, when Girish Chandra Murmu relinquished it upon being named as the first Lieutenant Governor of the newly-created Union Territory of Jammu and Kashmir. (File)

Pointing out that these Pahari speaking people are spread over areas like in Rajouri, Poonch, Baramulla, Kupwara districts, besides some pockets of Anantnag, Budgam, Bandipora, Ganderbal, Kulgam, Pulwama and Shopian, an official statement said the decision came at a meeting of Administrative Council chaired by UT’s Lt Governor G C Murmu.

After the reorganisation of erstwhile Jammu and Kashmir state into two Union Territories and the enactment of Jammu and Kashmir Reservation (Amendment) Act, 2004, it had become imperative to rationalize the existing reservation percentage available to different categories so as to include Pahari speaking people into the category of socially and educationally backward classes.

Following rationalisation of the percentage of reservation of different categories in direct recruitment, the residents of backward areas will now have 10 per cent reservation, Pahari speaking people (4 per cent) and Economically weaker sections (10 per cent).

For claiming the benefit of Pahari speaking people (PSP) category, a person must be a member of the Pahari Clan, Community or Tribe having distinct cultural, ethnic and linguistic identity; must be speaking Pahari language and his/her mother tongue must be Pahari.  He/She must possess a valid identity proof which can be either an Aadhar Card or Domicile Certificate.  Tehsildar shall be competent authority to certify the claim of persons belonging to PSP.