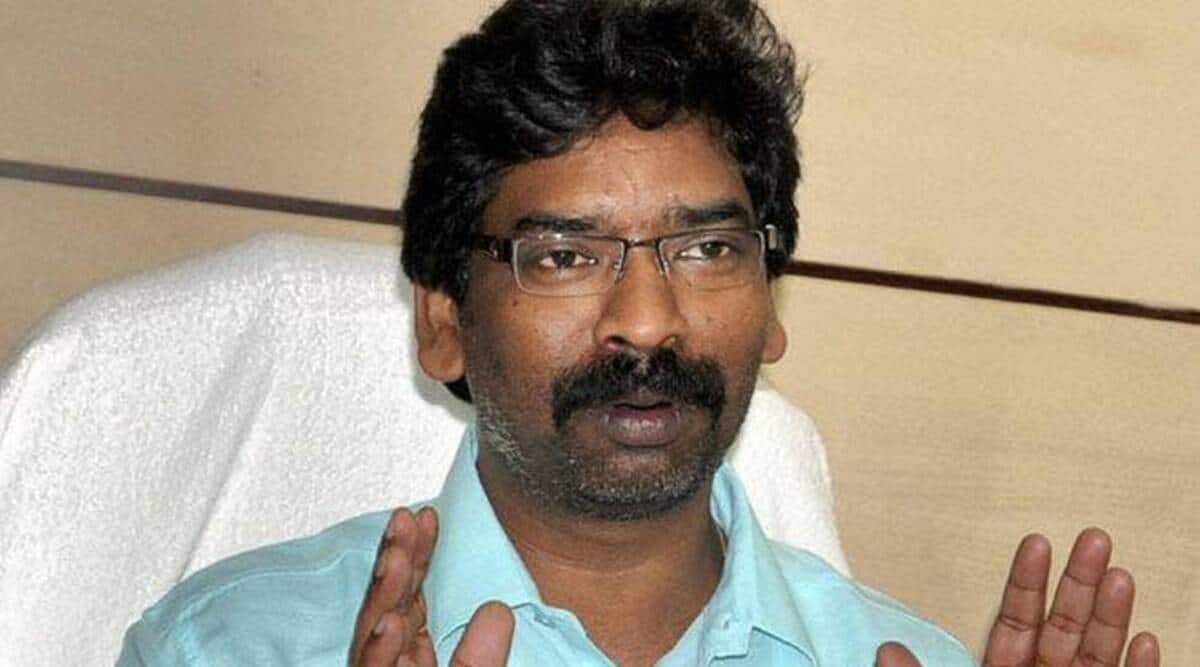 Chief Minister Hemant Soren, in the run up to the 2019 assembly election in Jharkhand, had denounced the incidents of mob violence. (Express File Photo/ Representational)

Registration of FIR on disseminating “explosive and irresponsible” content, information on the progress of the case, free medical treatment to victims and punishment for creating “hostile environment” for victims or witnesses  are among the provisions in Jharkhand’s proposed anti-lynching law.

Once finalised, the Prevention of Mob Violence and Mob Lynching Bill, 2021, is set to be introduced in the winter session of the state legislature that begins on December 16. According to the draft bill, it is aimed at providing “effective protection” of constitutional rights and prevention of mob violence. If passed, Jharkhand will join West Bengal and Rajasthan in enforcing state anti-lynching laws.

The issue came to focus in the state in 2019, when 24-year-old Tabrez Ansari was allegedly tied to a pole and beaten to death by a mob at Dhatkidih village in Seraikela Kharsawan district on suspicion of theft.  Ansari was purportedly seen in a video being forced to chant “Jai Shri Ram” and “Jai Hanuman”.

In June that year, Prime Minister Narendra Modi said in Parliament he was pained by the incident.

Chief Minister Hemant Soren, in the run up to the 2019 assembly election in Jharkhand, had denounced the incidents of mob violence. Earlier this year, the Jharkhand Mukti Morcha-led government decided to form district-level committees to deal with such cases after a rebuke from the High Court.

The draft bill mandates jail term from anywhere between three years to life imprisonment apart from fines and attachment of properties for those found guilty of lynching. Additionally, it allows for imprisonment of up to three years, and fines for those enforcing a “hostile environment”. This includes in its definition intimidation or coercive environment against the victim, family members of the victim, witness or any person providing assistance to the witness/victim.

“…where the act leads to the death of the victim, shall be punished with rigorous imprisonment for life and with fine which shall not be less than Rs 25 lakh, and the movable and immovable properties shall be attached… For people found guilty of conspiracy or abetment, the draft say that the punishment will be same as ‘lynching’,” a copy of the bill, seen by the reporter, says.

The draft law also lists duties of the police to take all “reasonable steps” such as identifying patterns to preventing mob violence and potential lynching incidents.

After a case of such violence is registered, police have to inform the victims in writing about the progress of the investigation, it says, adding that the name of a suspected accused has to be provided within 30 days of the FIR.

For victims of such crimes, the draft says they have the right to “timely” notice of any court proceeding and will be entitled to be heard at any proceeding regarding issues such as bail, conviction, sentencing, etc.   All hospitals must provide medical treatment free of cost to the victims and immediately inform the police. “The expenditure for treatment in any hospital shall be a charge to the compensation scheme,” it says.

The bill, if introduced, is likely to get a smooth passage as the JMM- Congress-RJD led coalition government has 49 out of 81 seats in the Jharkhand Assembly.