A JMM leader said that the party was clear from the first day that such a bill was only to create divisions between the tribal people and the party would oppose it all levels. BJP also said that it's confident that it wouldn't meet the same fate as that with CNT/SPT amendments 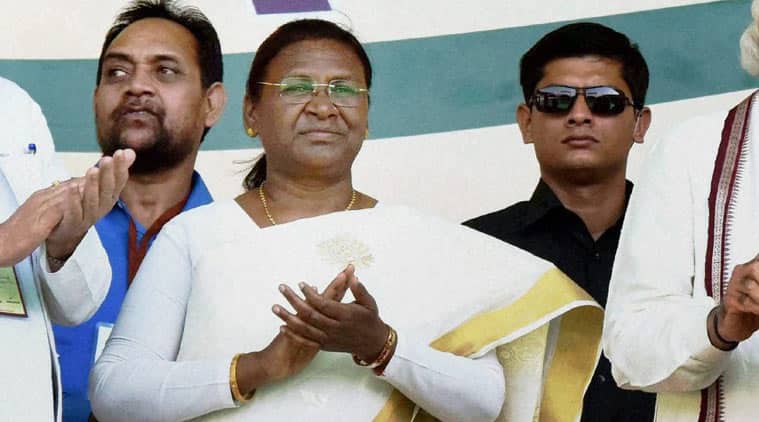 The opposition to these two Bills, especially the one against conversion, comes in the wake of Jharkhand Governor Draupadi Murmu returning the proposed amendments to Chhotanagpur Tenancy (CNT) Act and Santhal Pargana Tenancy (SPT) Act.

SIX DAYS after the anti-conversion Bill was passed in the Jharkhand Assembly, Christian organisations under the banner of Rashtriya Isai Mahasangh (RIM) on Friday submitted a memorandum to the Governor against the Bill, alleging that the proposed law is “aimed at harassing the church and missionaries”.

IPC Section 295(A) deals with “deliberate and malicious acts intended to outrage religious feelings”, and entails imprisonment of up to four years, or a fine, or both.

The RIM memorandum pointed out that Section 5 of the Bill makes it mandatory to get permission from the deputy commissioner in advance before performing any conversion. The Christian organisations said this was against Constitutional provisions of the right to privacy and right to practise one’s religion.

“It appears that the Bill is aimed at harassing the Church and missionaries,” the memorandum said. Misleading advertisements have been brought out targeting Christian missionaries, it added.

The Jharkhand Mukti Morcha, the main Opposition party in the BJP-administered state, and the Congress have already submitted memorandums in this regard. The Opposition parties have also argued against the proposed amendments in the land acquisition Act, 2013, which was passed alongside the anti-conversion Bill on August 12.

The opposition to these two Bills, especially the one against conversion, comes in the wake of Jharkhand Governor Draupadi Murmu returning the proposed amendments to Chhotanagpur Tenancy (CNT) Act and Santhal Pargana Tenancy (SPT) Act. The move forced the Raghubar Das government to withdraw these in the just-concluded monsoon session of the Assembly.

Among others, the Governor had raised objections on the lack of clarity on objective of the CNT/SPT amendments, and failure to explain how they would benefit the tribal people.

A JMM leader said the party is clear on its stand that a proposed law such as the anti-conversion Bill was meant only to create divisions between tribal people, and that the party would oppose it. The Congress has also alleged that the Bill will spark off communal disharmony.

BJP leaders maintained that they are confident the anti-conversion Bill will get the Governor’s approval. “If we feel the need, the party would also petition the Governor this time. However, we are confident this would not be required. The Bill puts things in perspective and is not aimed to target any section,” a BJP leader said.