After historic SC anthem win, Kerala siblings went to school for a day

The three were students of NSS High School at Kidangoor in Kottayam district, 4 km from their village Kadaplamattom near Pala, when the controversy broke in 1985. 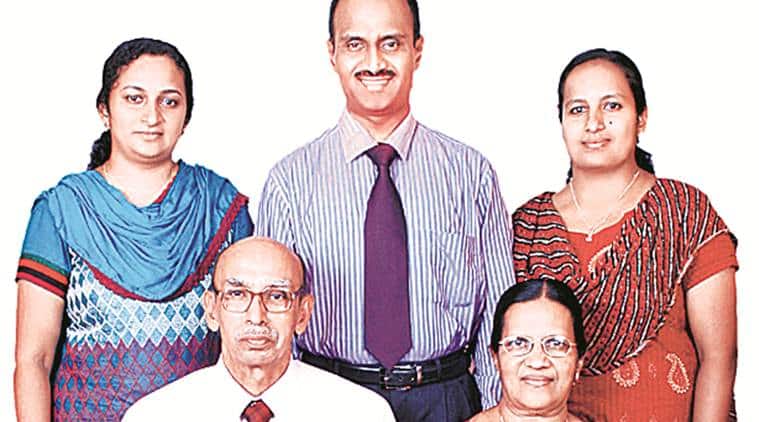 After winning the landmark legal battle upholding their right not to sing the national anthem, the three children belonging to the Jehowah’s Witnesses sect in Kerala went to school for just a day. After that, the family decided not to continue formal schooling for any of their seven children.

Their father, retired college professor V J Emmanuel, who fought the legal case on behalf of the three, says, “I went to court not to protect the right of my children to study in a school. It was meant for freedom of worship of all members of Jehovah’s Witnesses.”

Bijoe Emmanuel was 15 and studying in Class X, and sisters Binu and Bindu were 14 and 10, students of Class IX and V, when they were suspended from school after a complaint that they didn’t sing the national anthem.

The three were students of NSS High School at Kidangoor in Kottayam district, 4 km from their village Kadaplamattom near Pala, when the controversy broke in 1985. Bijoe had been in the school for five years.

The school, run by the Hindu organisation Nair Service Society, had 11 students from Jehovah’s Witnesses at the time.

Says Emmanuel, “For Jehovah’s Witnesses, only Jehovah should be worshiped. The national anthem is a prayer, and we should pray only to Jehovah (God) as per our faith… Neither the school management nor the other parents had a problem about our children not singing the anthem. When others sang, they would stand in respect. Some vested interests from outside the school raked up the issue.”

Reading about the matter in a local daily, Congress (S) legislator V C Kabeer raised the issue in the state Assembly, and then education minister T M Jacob of the UDF government led by K Karunakaran ordered a probe by a single-member commission.

While the panel held that the children had not shown any disrespect to the anthem and pointed out the school had no complaint against them, the district educational officer insisted that if they wanted to continue in the school, the students would have to give in writing that they would sing the Jana Gana Mana.

Says Emmanuel, “We were not ready to give that consent. Hence, next day my children did not attend their classes. The government was adamant against the children, and the school authorities were helpless. On July 25, 1985, my three children were suspended from the school along with the other nine children from the Jehovah’s Witnesses sect.”

Emmanuel says the government hushed up the commission report that had exonerated the children. Noting that the suspension had hurt, he adds, “If a government employee is suspended, he does not miss anything. Once reinstated, he can get the salary arrears. But students miss out on classes irreversibly if they are suspended from school.”

So, on behalf of Bijoe, Binu and Bindu, Emmanuel and wife Lillikutty moved the high court, where a single bench rejected the plea. Their re-appeal also failed.

Emmanuel says that while till then he had fought the case alone, the community members later came to his support. “They helped me move an appeal in the Supreme Court.”

Armed with the Supreme Court order, Emmanuel got his and other children from Jehovah’s Witnesses sect re-admitted in school. He said this was “a gesture to show we had won the legal battle”. By that time the three children had lost a year. After sitting in the classes for a day, the Emmanuel children left school. Some of the other Jehovah’s children moved to other schools.

The professor decided not to have formal education for his other four children either. The two children elder to Bijoe were in college and Class XII at the time. The youngest of Emmanuel and Lillikutty’s seven children, Bisny, never went to school.

Emmanuel says the children have not missed much. “Formal schooling is not necessary. We gave home schooling to all. Bijoe could complete his Class X only at the age of 17. I have ensured that all my children are well-versed in English and Malayalam and have basic education.”

Bindu says she doesn’t regret leaving school. “We had clear conviction about our faith. If we missed school and classmates, that loss was set off by the support from the family and our community. Getting a degree is not important in education.”

Binu too asserts that they are happy as “we find pleasure from God”.

However, the pain of being “ridiculed” by other students rankles sometimes, adds Bindu. “Some would start singing the national anthem when they spotted us,” she says.

Kabeer, the MLA who set off the sequence of events by raising the issue in the House, continues to believe what he did was right. “As a teacher by profession, it was my duty to raise the issue.”

Emmanuel says he has no problems with the Supreme Court order directing that the anthem be played before every screening in cinema halls, and that everyone stand up in respect. “We stand in respect when the national anthem is sung, hence we have no problem,” he says. “After all the issue comes up only if one goes to the movie hall.”

Meanwhile, none of his eight grandchildren, who study in various schools, sings the national anthem. Emmanuel says before they took admission, “we showed the school authorities the Supreme Court verdict and narrated the past incident”. “So far none has raised any issue.”