During the February 2016 stir, the Jhajjar district was the worst-hit, leading to more than a dozen deaths. 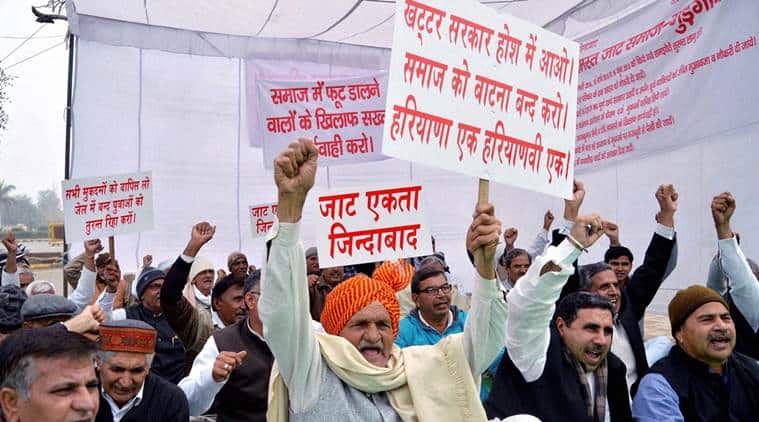 With groups of the Jat community starting their reservation agitation from Sunday, the district administration in Jhajjar has stopped all mobile Internet services, including 2G, 3G, 4G, voice calls and GPRS, SMS services and bulk messages provided on mobile networks in Jhajjar with immediate effect. The restrictions will be effective from 8 am to 6 pm till further orders.

An official spokesperson said on Sunday that Jhajjar district magistrate Ramesh Chander Bidhan has directed the telecom service providers to ensure compliance of these orders. “Any person found guilty or in violation of these orders would be punished under section 188 of the Indian Penal Code,” he added.

The District Magistrate has also ordered that all liquor shops within the jurisdiction of five kms around Rasalwala chowk on Jhajjar-Bahadurgarh Road in Jhajjar district would remain closed till further orders. “These decisions have been taken to prevent disturbance of public peace and tranquility,” said the spokesperson.

During the February 2016 stir, the Jhajjar district was the worst-hit, leading to more than a dozen deaths. Later, the Prakash Singh Committee, which had probed the role of officers during the violence, had found that there was “no coordination” between police and administration in Jhajjar during the violence.

Meanwhile, five police personnel in the junior ranks of head constable to ASI have been placed under suspension for dereliction of duty in Fatehabad. They are: Naresh Singh, Suchha Singh, Kuldeep, Surjeet and Subhash.

Superintendent of Police O P Narwal suspended them as they were “found derelicting their duty” during a flag march after a drill in Fatehabad. The spokesperson said that in view of the reservation agitation, the Superintendent of Police had ordered all police personnel to discharge their duties with dedication as it was the duty of the police to maintain law and order and protect life and property of the people.