Citizens can access data about 23 flagship schemes and services of 13 departments on their mobiles. 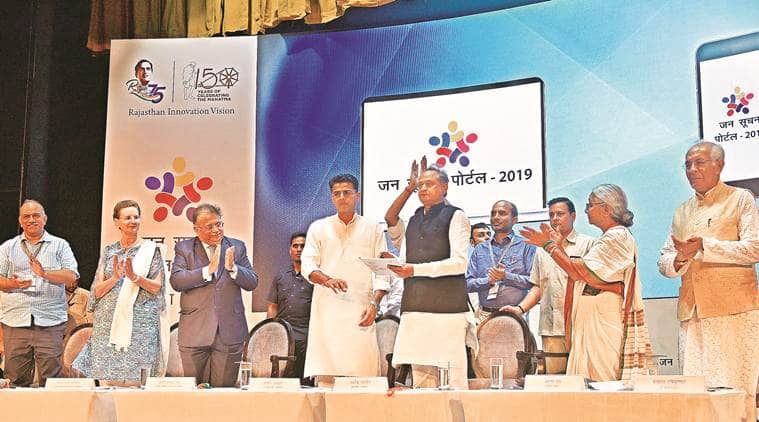 On September 13, Rajasthan chief minister Ashok Gehlot launched a “Jan Soochna Portal” aimed at easing the access to information for the beneficiaries of welfare schemes. The portal has been created by the Department of Information Technology and Communication(DoIT&C) in collaboration with civil society. It realises the true intent behind Section 4(2) of the Right to Information (RTI) Act of 2005. In essence, this section requires public authorities to proactively — that is, suo moto — disclose information so that beneficiaries do not have to run from pillar to post trying to figure out what went wrong and how to set it right.

No wonder, 60-year-old Balulal Gurjar, a resident of Thana village in Bhilwara district, is enthused to hear of this portal. For the past few years, Gurjar has accompanied many fellow villagers to government offices, inquiring about their old-age pension entitlement that hadn’t been credited in their accounts. In recent years, thousands of pension beneficiaries of Rajasthan have protested after their names were struck off from the government list on account of their “death” even though they were alive. “For many months, we were kept in dark as there was no way to know what had really happened. Had there been a Jan Soochna Portal back then, it would have been easy for us to know what had gone wrong,” says Gurjar.

At present, the portal has information about 23 government schemes and services from 13 departments which the public can access with just one click on their computers, mobiles or kiosks installed in villages.

Activist Nikhil Dey from the Soochna Evam Rozgar Abhiyan and Mazdoor Kisan Shakti Sangathan (MKSS) says that before this initiative the provisions of Section 4(2) of the RTI Act were not implemented properly.

“We realised that the government is gathering a lot of information and hiding them behind admin laws. We wanted to build a janta information system where reports are generated useful to people. Governance has to be a joint effort,” says Dey, who has consulted and collaborated with (DoIT&C) officials on the various features of the portal.

Since the 1990s, Rajasthan has always played a central role in improving public access to information. The latest initiative requires the government to disclose a lot of information related to government schemes on its own, thus making it easy for the common man. By streamlining and centralising information, the portal also prevents anomalies and corruption.

The portal aims to create a streamlined system for public information to prevent anomalies and corruption. Information about several schemes such as Ayushman Bharat Mahatma Gandhi Rajasthan Swasthya Bima Yojana, which provides free health insurance to beneficiaries has been uploaded to ensure that there is no mismatch between the amount listed as an expense by a hospital while treating a patient and the money it actually charges. Earlier, the previous government’s flagship scheme Bhamashah Swasthya Bima Yojana had witnessed many cases where higher expenses were falsely shown by hospitals.

The effort to create a centralised information database for the public in Rajasthan started last year when civil society members interacted with the government and gave their suggestions on policy issues as part of an initiative known as Digital Dialogue. “We told the government that whatever information you have you give it to the public without any hindrance. We also asked them to organise it in a way so that it is useful for people. This initiative converts a culture of secrecy into a culture of openness,” says Dey.

The launch of the portal is likely to result in centralising information about government schemes on one website and prove beneficial to the public by obviating the need to go through a tedious RTI application process to know more. One can get land records and documents from the portal that earlier could only have been accessed through patwaris. Under the new process, one has to enter village and district details to know who owns a piece of land. Similarly, for mining, a sector where widespread corruption has been unearthed in past instances such as the Rajasthan mining scam of 2015, the flow of information in the public domain has been made more transparent.

The state currently has a network of around 68,500 e-mitra kiosks in villages that connect villagers to a number of state-run beneficiary schemes. The government has announced that it is also developing a mobile app and will install self-service portals in villages so that people can access the Jan Soochna Portal easily and get the information they require. “This portal will play a very big role in serving the people in villages. Information should be provided even before it is asked for and that is what this portal aims to do. The government will provide complete encouragement for this,” said Gehlot.

Arjun Munda: ‘Forests can be saved by honouring tribal rights vested in the Forest Rights Act’