The first signs of TRF emerging as a strong militant group were visible when the J-K Police busted a module of over-ground workers (OGWs) in Sopore. 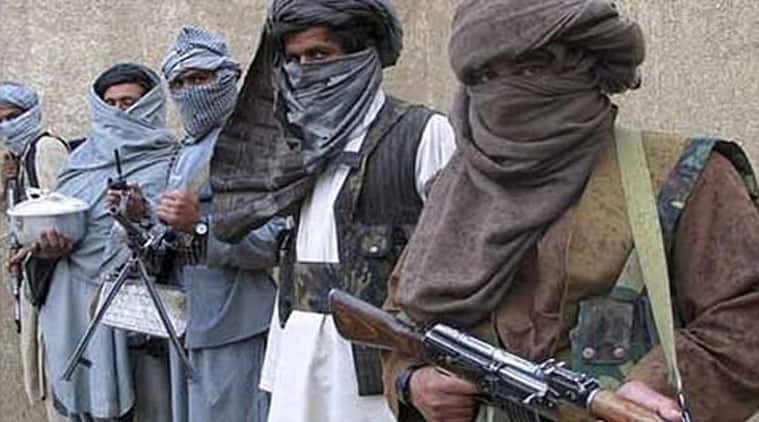 Security officials say the militant outfit is a front of Lashkar-e-Toiba, working together with other militant outfits and is new only in its name. (File Photo)

IN OCTOBER last year, a grenade thrown at a street market in Srinagar city exploded wounding a few vendors. An unknown militant outfit, The Resistance Front (TRF), claimed responsibility, but the security agencies trashed it as an “act of miscreants” to force a shutdown in the Valley.

Six months later, the little-known outfit is taking to the centrestage of militancy in Kashmir with its involvement in the recent encounters that resulted in heavy damage to army and paramilitary forces. The security officials, however, say the militant outfit is a front of Lashkar-e-Toiba, working together with other militant outfits and is new only in its name.

“After the abrogation of Jammu Kashmir’s special status, Pakistan was under pressure to do something from its constituency in Kashmir. So it decided to increase the pitch of militancy in Kashmir,” a senior police official and an expert in counter insurgency operations told The Indian Express. “But with FATF (Financial Action Task Force) timelines on the back of its mind, it has decided to cast a new militant outfit that is secular in its name,” he said.

The police officer claims TRF is a new name given by Pakistan to Lashkar-e-Toiba. “Lashkar and Jaish-e-Mohammad had religious connotation and Pakistan didn’t want that,” he said. “They wanted to secularise the Kashmir militancy and make it appear indigenous. Hence they opted for ‘Resistance’ — that has some currency in the global politics — in its name.”

The first signs of TRF emerging as a strong militant group were visible when the J-K Police busted a module of over-ground workers (OGWs) in Sopore – the town was a strong Lashkar base in the Valley before it yielded its position to Hizb and Jaish-e-Mohammad, and Kupwara. The police recovered a cache of arms and ammunition, dumped by militants near the Line of Control (LoC) at Keran. The arrested OGWs revealed they were “recruiting youth for the new outfit”.

Barely two weeks later, Keran witnessed the first major gunfight in several years. In a fierce hand-to-hand gun-battle, five TRF militants were killed but not before they wiped out an entire team of the army’s Special Forces – five commandoes of the elite Para unit.

A week later, the TRF militants targeted a paramilitary vehicle in Sopore killing three Central Reserve Police Force (CRPF) Personnel and wounding two. The TRF, in its telegram channels, also claimed that the two militants killed in Handwara were affiliated to it. Four army personnel, including a colonel and a major and a police officer were killed in the gunfight.

Police sources say while the heavy damage to the army and paramilitary forces in the past one month could be coincidental, the recruits of the militant outfit are highly trained and battle hardened.

“Unlike local militants, who have no training, these new militants seem to have trained hard. As far as we know, they are trained for at least six months before being inducted,” another police officer said. “The outfit has a mix of both local and foreign militants so that it looks indigenous. The surprising part is that the local militants are also very well trained in Pakistan,” this officer said.

Sources said most local militants associated with TRF have crossed over to Pakistan through Wagah border on a valid visa for training. In a 2018 confidential report, the J-K Police had recommended that youth intending to visit Pakistan should be required to get a clearance certificate from the police.

“For a few years now, particularly since 2016, a new trend in terrorist recruitment has emerged and the local youth are being sent to Pakistan on valid documents, where they are being trained in terrorist camps and then sent back either through the same route or infiltrated along with a group of terrorists via the LoC (Line of Control),” the 2018 report read.

Police sources said while TRF is a front of Lashkar-e-Toiba, it is working jointly with other militant outfits in the Valley.

“On the ground, they (all militant outfits) are one. Even the AGH (Ansar Ghazwatul Hind) – a Hizb breakaway group that owes allegiance to AQIS (Al Qaeda in Sub continent) – has buried the hatchet and joined them,” a security official said. “But with Hizb decapitated, it is likely that TRF or Lashkar, whatever you call it, would take the centrestage,” a third police officer said.

Police sources said Pakistan is also banking on the “change in international opinion about terrorism” after the US and Taliban reached an agreement in Afghanistan.

“In Afghanistan, they (Pakistan) virtually bailed out the US. They hope US will look the other way and ignore what is happening here,” said the senior police officer. “When Taliban came in the late 90s, we saw an increase in militancy; it was the time when we faced Kargil also. We expect to see a rise in militancy again. Over the last five-six years, Pakistan had maintained a critical mass of militants — between 200 and 300. Our intelligence reports suggest they are raising the pitch and raise this mass to something between 500 and 700,” the senior police officer said.