All political parties in valley except BJP have spoken against the order, questioning its timing and the intent. 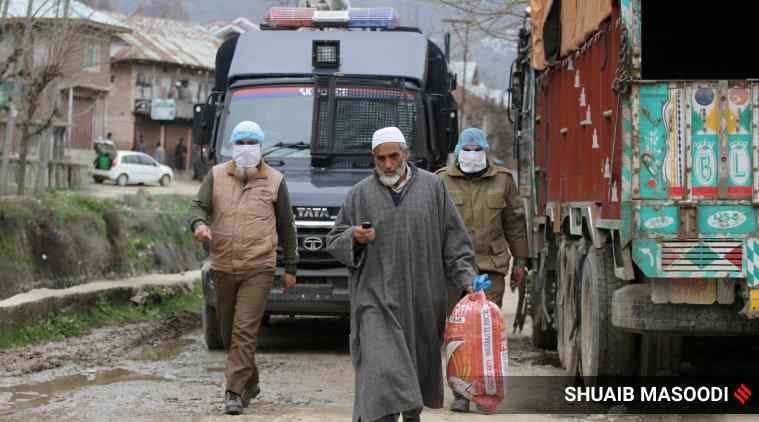 On Tuesday, the centre had issued the gazette notification defining the domiciles of the Jammu and Kashmir (Express photo by Shuaib Masoodi)

Kashmir Inspector General of Police (IGP) Vijay Kumar’s statement that police would arrest those “instigating people on the new domicile law” has triggered a political controversy in Kashmir, with mainstream parties strongly reacting to the statement.

“It would appear that along with everything else we also lost the fundamental right to free speech and the right to dissent last year. J&K may not be a ‘state’ but we risk becoming a police state (if we aren’t already one),” National Conference tweeted on Friday.

People Democratic Party (PDP) too reacted to the statement. “Article 19(1)(a) of Constitution says that all citizens have the right to freedom of speech,  expression. Freedom of Speech & expression means the right to express one’s own convictions & opinions freely by words of mouth, writing, printing or any mode,” the party on Twitter.

CPI (M) in a statement said “Government seems more comfortable in silencing dissent voices through force and browbeating”. “This tactics is most unfortunate and condemnable and has no place in a democratic setup. Don’t muzzle protests. Anger is anger. You don’t know when it will burst out,” the party said, while reacting to the statement.

“If speaking truth & raising voice against Govt. wrong policies is Crime will do it again & again. Do come & arrest us all,” Congress leader Feroz Khan tweeted on Friday, while reacting to the news report

All political parties in valley except BJP have spoken against the order, questioning its timing and the intent. The newly formed Jammu and Kashmir Apni Party has also said that the promises have not been kept. Reacting to IGP’s remarks, National Conference said on Friday that J-K is at risk becoming a Police state.

5 ways to engage kids at home amid coronavirus crisis