Justice Ashok Menon gave the relief to the two officers after CBI sought adjournment till next week in the joint anticipatory bail plea moved by S Vijayan and Thampi S Durga Dutt, a lawyer associated with the case said. 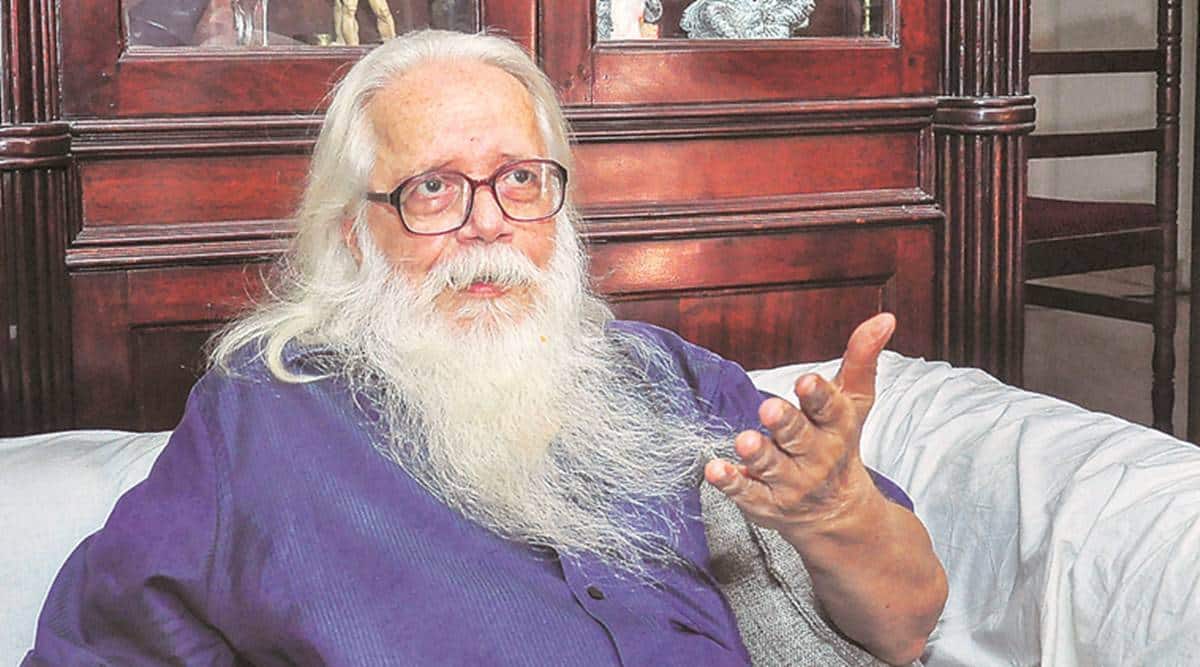 The Kerala High Court on Monday granted interim protection from arrest to two former Kerala police officers in a case registered by the CBI for various offences, including criminal conspiracy, kidnapping and fabrication of evidence, in connection with arrest and detention of scientist Nambi Narayanan in the 1994 ISRO espionage matter.

Justice Ashok Menon gave the relief to the two officers after CBI sought adjournment till next week in the joint anticipatory bail plea moved by S Vijayan and Thampi S Durga Dutt, a lawyer associated with the case said.

Central government counsel Suvin R Menon, who appeared for the CBI, also confirmed the order and said that the court also directed that if the two former police officers are arrested, they be released on bail on furnishing a bond of Rs 50,000 with two sureties of the like amount.

The interim order will be in effect till the next date of hearing on August 2, he said.

The two were part of the Special Investigation Team (SIT) which arrested the scientist and two Maldivian nationals –Mariyam Rasheeda and Fouziyya Hassan– in the ISRO espionage case in 1994.

The two women, represented by advocate Prasad Gandhi, and Narayanan had opposed the plea alleging that it contained false contentions.

The CBI in its case has arrayed 18 accused which includes then Intelligence Bureau (IB) officers also.

Earlier on July 7, CBI had opposed the plea of the two former Kerala police officers, saying they falsely implicated Narayanan in a “concocted case” which led to delay in development of India’s cryogenic technology.

The CBI has said that the offences against the two accused were serious in nature as they both “played an active role and concocted an espionage case in pursuance of the conspiracy with the other accused in the FIR (registered by CBI) and other unknown persons”.

The Supreme Court had on April 15 ordered that the report of a high-level committee on the role of erring police officials in the espionage case relating to Narayanan be given to the CBI and directed the agency to conduct further investigation on the issue.

The three-member committee, headed by former apex court judge Justice (retd) D K Jain, was appointed by the top court in 2018 after acquitting Narayanan in the case.

The Supreme Court had also directed the Kerala government to pay Rs 50 lakh as compensation for compelling Narayanan to undergo “immense humiliation”.

The espionage case pertained to allegations of transfer of certain confidential documents on India’s space programme to foreign countries by two scientists and four others, including two Maldivian women.

The CBI, in its probe at that time, had held that top police officials in Kerala were responsible for Narayanan’s illegal arrest.

The case also had a political fallout, with a section in the Congress targeting the then Chief Minister late K Karunakaran over the issue, that eventually led to his resignation.