The main argument put forth by D G Vanzara and N K Amin was that there was no abduction of the deceased and that the encounter was a genuine one and part of their official duty. 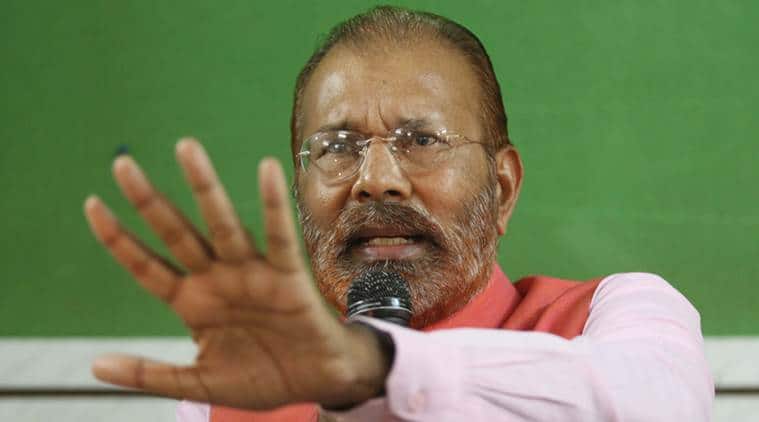 A special CBI court Thursday dropped charges of murder, conspiracy and other criminal sections against retired IPS officers D G Vanzara and N K Amin in the Ishrat Jahan encounter case. The decision came after the CBI placed on record the letter of the Gujarat government refusing to sanction their prosecution in the case. The court observed that in view of this refusal, the court was not in position to frame charges against the applicants.

Vanzara and Amin had filed an application on March 26, seeking that all proceedings against them be dropped in light of the Gujarat government order, that had declined sanction under section 197 of the Criminal Procedure Code.

The court order accessed by The Indian Express stated: “Discharge applications of DG Vanzara and NK Amin are hereby allowed and they’re discharged from offences punishable under IPC section 120B read with sections 341, 342, 343, 365, 368, 302 and 201, and sections 25(1)(e) and 27 of Indian Arms Act. Bail bond stands canceled and security bonds, if any deposited by the applicants accused are ordered to be refunded to them.”

Court order as accessed by @IndianExpress, states:
“Discharge applications of DG Vanzara and NK Amin are hereby allowed and they’re discharged from offences punishable under IPC section 120B read with sections 341, 342, 343, 365, 368, 302 and 201…

The main argument put forth by Vanzara and Amin was that there was no abduction of the deceased and that the encounter was a genuine one and part of their official duty.

The application was opposed by Vrinda Grover, lawyer of Ishrat’s mother Shamima Kauser, who said that the pleas were “untenable in law and unsustainable on facts”, and that the state government was not the appropriate authority to refuse sanction to prosecute the two officers.

Ishrat Jahan, Pranesh Pillai Amjad Ali Rana and Zeeshan Johar, who were said to be Pakistani nationals, were killed near Kotarpur waterworks on the outskirts of Ahmedabad on June 15, 2004, by the Ahmedabad City Detection of Crime Branch, then led by Vanzara. DCB had then claimed that the four were operatives of the Lashkar-e-Taiba out to kill the then Chief Minister Narendra Modi.

RC Kodekar, CBI lawyer, said, “We haven’t received a copy of the order. Once we do, we’ll send it to our headquarters who will take a decision whether to approach a higher court or not.”

Instagram to get new donation stickers for Stories, Create Mode in camera