IRCTC hotel scam: The JD(U) has claimed that the delay in beginning the trial, pending sanction of prosecution against then railway official, has only helped RJD chief Lalu Prasad, his wife and son Tejashwi. 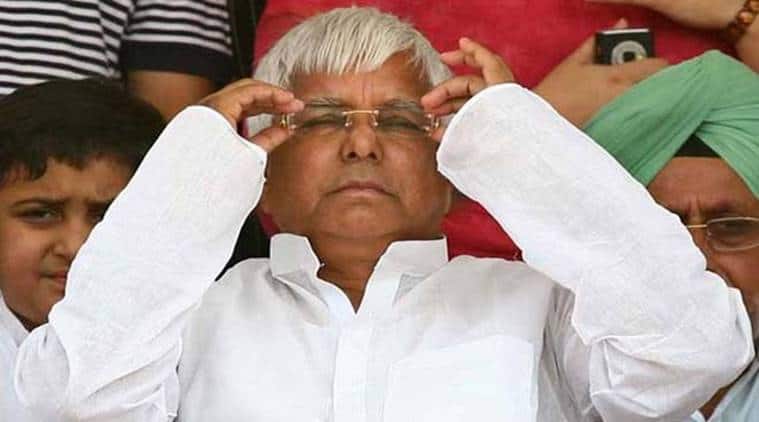 RJD’s Lalu Prasad Yadav is one the prime accused in the scam. (File)

Claiming that there has been an undue delay in giving sanction for prosecution a senior railway official accused in the 2005 railways’ hotel-for-land scam, the ruling JD(U) Wednesday alleged the BJP and the RJD of “match-fixing”.

The JD(U) has claimed that the delay in beginning the trial, pending sanction of prosecution against then railway official Bhupendra Kumar Agarwal, who is currently an additional member (PU) of the railway board, has only helped RJD chief Lalu Prasad, his wife and former CM Rabri Devi and their son and Leader of Opposition in Assembly Tejashwi Prasad Yadav, who are the prime accused in the scam.

The JD(U) said due to the delay, the three RJD leaders, who were booked under non-bailable sections of IPC in the case, would now not have to be present in the Patiala House or possibly face arrest. The CBI had filed chargesheet in the case on April 16 this year.

“There seems to be match-fixing between BJP and RJD over delay in prosecution sanction that could have started the trial,” JD(U) chief spokesperson Sanjay Singh told The Indian Express.

According to sources, CBI’s EO-II branch head, Dr V Murugesan, had written to the railway board on April 14 seeking sanction for prosecution Agarwal.

Typically, a sanction is granted within 90 days after which it is the prerogative of the court to begin trial, but it is pending in the case so far.