The QCI, it said, “failed to bring out the said glaring shortcomings and hence misled the NCVT”, or the National Council of Vocational Training, which is an advisory body formed by the government for its skilling effort. 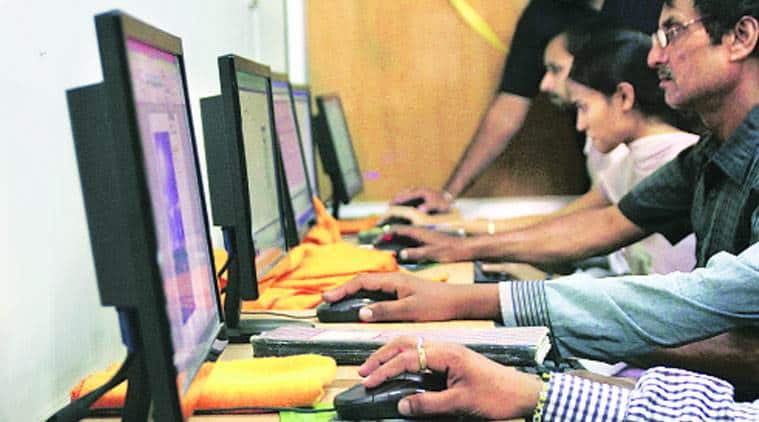 The QCI is a non-profit autonomous society that was engaged as a third party agency to accredit ITIs between 2012 and 2016.

The Ministry of Skill Development and Employment has charged the agency entrusted with accrediting nearly half of the country’s Industrial Training Institutes (ITI), which are at the heart of the Centre’s skilling initiative, with having “undermined the quality of accreditation” and “misleading” the government.

Indicting the certification process by the Quality Council of India (QCI), the Ministry has submitted before a Parliamentary panel that it is also examining “the possibility of connivance” between “Directorate General of Employment and Training (DGET) and the QCI officials”.

The Ministry’s strictures against the QCI have been incorporated in an action-taken report that was submitted to the Standing Committee on Labour earlier this month. “It was not expected from organization of repute like QCI for undermining the quality of accreditation process,” the report states.

The QCI is a non-profit autonomous society that was engaged as a third party agency to accredit ITIs between 2012 and 2016. The DGET in the Ministry of Labour is the apex organisation for coordination in the training and skilling sectors. An accreditation essentially qualifies ITI operators to access funds under the government’s skilling programme.

As first reported by The Indian Express on March 12, 2018, the DGET’s audits revealed instances of privately-run ITIs being certified even as their buildings were under construction, or were found to be operating under tin sheds and out of basements, or had applied for accreditation under the same address. The DGET’s report was submitted to the committee last year.

In its action-taken report, the Ministry stated that “…QCI had compromised the quality of accreditation; the Memorandum of Understanding (MoU) with QCI was not renewed. A communication from the Secretary Ministry of Skill Development and Employment was also sent to Department of Industrial Policy and Promotion, Ministry of Commerce… to take requisite action in respect of QCI”.

At present, the QCI has no role to play in the accreditation process, and over 183 related cases are pending in various high courts. Records show the inspections were part of just a 5 per cent sampling of institutes accredited by the QCI. During the period 1950-2012, according to data submitted by the Ministry, 6,624 ITIs were set up — but in the four years from 2012 to 2016, the QCI accredited 6,729 ITIs, according to the Ministry’s estimates.

On the alleged connivance of DGET and QCI officials, the Ministry submitted that the scrutiny of accredited proposals received at DGET and NCVT “was based on documents/videos supplied by QCI…” It said that a verification of “the poor quality of buildings, sub standard machinery and general safety assessment could not be carried out, unless and until these were clearly brought out by their assessor in the reports received in DGT”.

The QCI, it said, “failed to bring out the said glaring shortcomings and hence misled the NCVT”, or the National Council of Vocational Training, which is an advisory body formed by the government for its skilling effort.

The Ministry has also set up a committee “to go into the sequence of events resulting in affiliation of low quality ITIs” and “fixing responsibility within a strict time frame in respect of QCI/DGT officials” on each of the cases of affiliation done by NCVT following the QCI’s recommendations from 2012 till the last NCVT sub-committee meeting held in July 2017.

The physical verification of some 5,090 self-graded ITIs has been subsequently undertaken by the training body through a third party agency — CRISIL Ltd.

The ITIs have played a vital role in supplying skilled manpower to industries. Last April, the Ministry had announced that it was working on plans to establish at least one ITI in each block of the country by the end of 2018.

Responding to queries from The Indian Express, the QCI maintained that it had “not received the report as on date” and that it was “never at fault since it was not involved in the decision-making process and even after assessment, the report was submitted to NCVT for taking a decision on affiliation or otherwise”.

It further said the presence of any substandard ITIs, are “not on account of QCI” but “on account of non-fulfillment of all the terms of MoA (Memorandum of Agreement) and non-monitoring of ITIs affiliated prior to QCI and any strong policy of DGT in the matter”.

The Ministry is yet to respond to a questionnaire sent by The Indian Express on February 20.

Over four years till 2016, the DGET audits revealed that accreditation was granted to a large number of privately-run ITIs that did not ostensibly meet the standards. This happened at a time when there was a spike in the government’s skilling efforts, which was matched by a surge in the number of private ITIs. Of the 13,353 operational ITIs currently — from just 6,906 in 2009 — about 11,000 are privately run, with this segment growing annually at the rate of 15 per cent.

In its response sent to The Indian Express, the QCI maintained that all the conditions of the MoA were finalised and signed, and mutually agreed by DGET and QCI. “…but DGT as a regulatory body was required to issue specific instructions for implementation of Annual surveillance and Re-accreditation. In the absence of same, QCI was unable to monitor the infrastructural facilities of ITIs after their initial assessment,” it said.

It said that till 2017 there were 13,353 ITIs in the country and out of the same only about 4,590 new ITIs were accredited during the period of operation of the MoA between DGT & QCI.

“In the absence of annual surveillance and re-accreditation/lack of continuous monitoring by DGT (as QCI was never mandated to perform such activity by DGT) some of the ITIs were not found to be upto the mark. (The) QCI from time to time had raised issue on quality of ITIs but DGT did not issue any directions in the matter,” it said.

Mehbooba Mufti: If Article 35A tinkered, will be difficult to hold Tricolour in J&K