CAA violence: 21 held, damages worth Rs 88 crore to be recovered from them, says Railway force

The Government Railway Police has registered 27 cases, the RPF has filed 54 for arson, violence and damaging railway property during anti-CAA protests in West Bengal, Assam, Bihar. 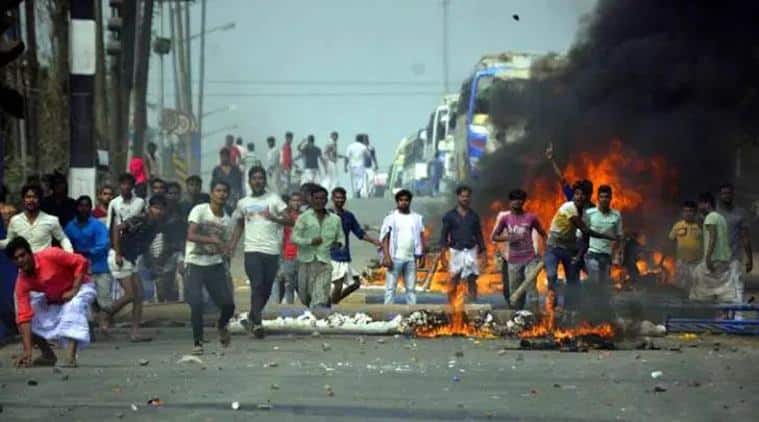 Following the footsteps of the Uttar Pradesh government, the Railway Police Force (RPF) has identified and arrested 21 persons allegedly involved in vandalism and arson during anti-CAA protests in West Bengal, Assam, and Bihar, with a senior official stating that recoveries to the tune of Rs 87.99 crore would be made from them.

Following the passage of the Citizenship (Amendment) Bill in the Parliament, protests had turned violent in some of the eastern states, especially in West Bengal. Angry protestors burnt buses, laid siege on tracks and even burnt train coaches.

In December, Railway Board Chairman Vinod Kumar Yadav had said recovery would be made from those found involved in damaging railway property. “There has been damage of railway property worth Rs 80 crore during anti-CAA protests. Of this, the Eastern Railway suffered damage worth Rs 70 crore and the damage suffered by the Northeast Frontier Railway was worth Rs 10 crore,” PTI had quoted Yadav as saying.

In Uttar Pradesh, the Yogi Adityanath-led BJP government took a tough stand on the agitators, serving notices to 372 people to recover damages done to public property. The UP government cited a set of Supreme Court recommendations from 2007 and a 2011 Allahabad High Court order to justify this after Chief Minister Yogi Adityanath declared “badla” (revenge) on rioters.

Days after the Citizenship (Amendment) Act was passed by Parliament, protests broke out in many parts of the country with violent clashes between the agitators and police leading to a number of people being detained and arrested.