The talks, still not finalised, involve an exchange of information on both sides to ascertain whether the Hyderabad-headquartered firm can successfully incorporate the Russian technology and scale up production here. 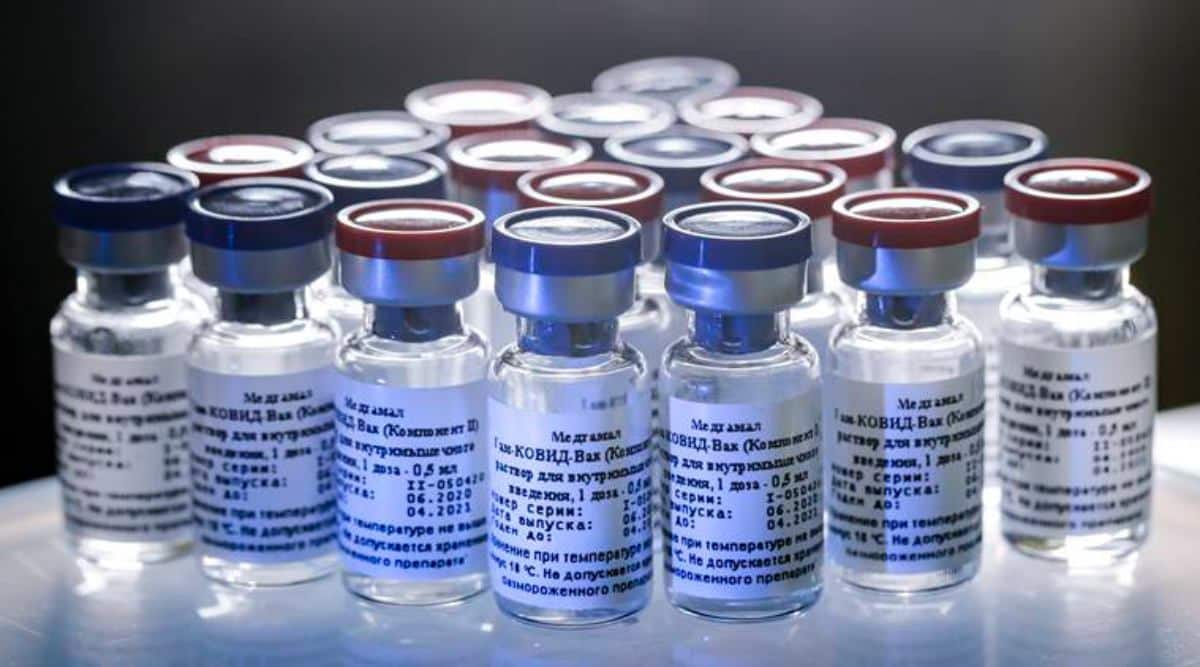 In this handout photo taken on Thursday, Aug. 6, 2020, and provided by Russian Direct Investment Fund, a new vaccine is on display at the Nikolai Gamaleya National Center of Epidemiology and Microbiology in Moscow, Russia.

Russia’s Covid-19 vaccine Sputnik V has garnered interest from veterinary and human vaccine maker Indian Immunologicals Ltd, which is currently engaged in talks to potentially collaborate to mass manufacture it here. The talks, still not finalised, involve an exchange of information on both sides to ascertain whether the Hyderabad-headquartered firm can successfully incorporate the Russian technology and scale up production here, The Indian Express has learnt.

“We are in talks. We are exploring the option of manufacturing the Sputnik V vaccine here after it gets the requisite approvals,” Dr K Anand Kumar, managing director, Indian Immunologicals confirmed when contacted. “Right now, we’ve exchanged some information that we’re going through and we’ve not decided on it yet,” he said.

According to Kumar, there are “a lot” of parameters that will need to be considered before anything is finalised.

“We have to see whether the technology can be successfully transferred to our platform and how much we can produce. We’re looking at the compatibility of what they have done, whether it fits with the equipment we have and at what scale we can produce this vaccine,” he said.

Sputnik V is a human adenoviral vector vaccine, which basically uses a genetically modified virus to carry the code for the cells in the human body to produce the spiky outer layer (spike protein) of the SARS-CoV-2 virus. This is expected to help the body recognise this spike protein as a foreign substance and build an immune response against it so that it can tackle the real virus when it tries to infect.

The vaccine was developed by Moscow-based Gamaleya Research Institute of Epidemiology and Microbiology and is the first Covid-19 vaccine to be registered, though phase 3 trials of the candidate had not been conducted when Russia approved the vaccine. Post-registration trials involving 40,000 volunteers are now underway there, while Brazil’s regulatory authorities are also expected to grant approvals following phase 3 trials.

“We’re still studying the information they’ve given us … it might take some time before anything is finalised, as the exchange of information is still ongoing,” said Kumar.

Queries to Russia’s sovereign wealth fund, the Russia Direct Investment Fund (RDIF), which has been closely involved in discussions with various countries for supply of Sputnik V, including India, remained unanswered by press time Tuesday. Indian Immunologicals has so far earmarked a capacity to make around 20 million single dose vaccines for Covid-19, which could go up to 200 million if the vaccine is multi-dose, Kumar said.

The Hyderabad firm also has an agreement with Griffith University in Australia to develop a live attenuated vaccine. Kumar last month said in a panel discussion with Telangana IT Minister KT Rama Rao that human trials for that vaccine candidate are likely to begin in the first couple of months of 2021.

In a press briefing on September 8, Niti Aayog Member (Health) Dr VK Paul had said that the central government had been exploring the possibility of manufacturing Sputnik V here when a scale up would be required. It had also been looking at conducting large scale phase 3 human trials of the vaccine in India.