With an anticipated rant by Pakistan Prime Minister Imran Khan on Kashmir during the UNGA session on September 27, India's Permanent Representative to the UN, Ambassador Syed Akbaruddin said "poison pens" don't work for too long. 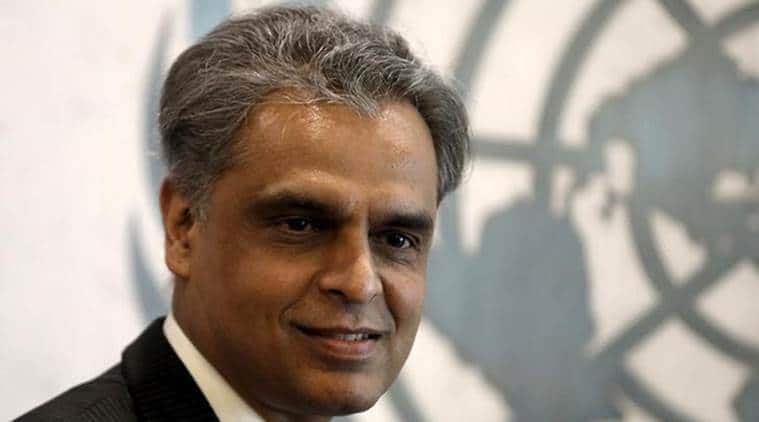 India will soar high if Pakistan stoops low by raking up the Kashmir issue at the UN General Assembly session, India’s top envoy to the United Nations has asserted, warning that Islamabad which mainstreamed terrorism in the past may mainstream hate speech now.

With an anticipated rant by Pakistan Prime Minister Imran Khan on Kashmir during the UNGA session on September 27, India’s Permanent Representative to the UN, Ambassador Syed Akbaruddin said “poison pens” don’t work for too long.

Khan has repeatedly vowed that he will “forcefully” raise the issue before the international community during his address to the UNGA.

“We explained to you what is our approach and what is our orientation and how we are working very differently from our previous experiences. But there may be somebody who is wanting to bring an issue which they have raised before…Your question further is that what if they become more shrill, what if they raise it in a much more sharper manner,” Akbaruddin said at a press conference here on Thursday.

He was responding to a question on whether he expects Kashmir to be raised during the UN General Assembly session and how will India tackle it.

“What you’re telling me is that it will be more of the same, much more of the same from the side of one country. If that is so, what is our response? So let me put it this way. That it is for every country to determine its trajectory of how it wants to approach global platforms. There may be some who stoop low. Our response to them is we soar high. They may stoop low, we soar high,” he said.

Akbaruddin, who laid out the focus and priorities of Prime Minister Narendra Modi when he arrives for the 74th UN General Assembly session, said a plethora of plurilateral and bilateral engagements and meetings next week highlight the examples of how India will soar higher.

“We are confident that we will soar. We have given you examples of how we will not stoop. We will soar when they stoop low,” he said.

Pakistan has been trying to internationalise the Kashmir issue but India has asserted that the abrogation of Article 370 was its “internal matter”. New Delhi has also asked Islamabad to accept the reality and stop its anti-India rhetoric.

Meanwhile, Indian Ambassador to the US, Harsh Vardhan Shringla, attacked Pakistan on the Kashmir issue in a hard-hitting opinion piece in The New York Times on Thursday.

The prospect for a more prosperous Jammu and Kashmir, and Ladakh, following the abrogation of the Article 370 “cuts the ground under the feet of Pakistan”, a country whose “fingerprints” are on terrorist strikes across the world, he wrote.

Shringla said Pakistan has a “vested interest in preventing prosperity in Jammu and Kashmir, and in the Ladakh area of Kashmir, because a weak economy fuels separatist sentiments in some quarters.”

“This fits into Pakistan’s larger strategy of using terrorism as a political tool. This is a country whose fingerprints are on terrorist strikes across the world and that was home to Osama bin Laden in his last days.

So it also opposes the repeal of Article 370, which legitimised discrimination and hindered economic progress,” Shringla said in response to a recent op-ed published by Pakistan Prime Minister Khan in the American daily.

Over the past few weeks, the senior Indian diplomat said, the world has seen a “plethora of comments” from Khan and senior officials of his government painting an apocalyptic picture of India’s reorganisation of its province of Jammu and Kashmir – and raising the threat of conflict, including nuclear war, with India.

“Clearly, this prospect for a more prosperous Jammu and Kashmir, and Ladakh, cuts the ground under the feet of Pakistan. Its prime minister claims that he offered to work for peace, progress and prosperity with India. What he does not say is that the assembly line of terrorists that is a major industry of his country continues without pause,” he said.

Shringla pointed out that Khan finds it difficult to accept that the Kashmir region is now back on the road to progress and prosperity because the Indian government has repealed an “anachronistic and temporary” provision of law that has hindered development there.

Asserting that India’s actions regarding Article 370 have no implications outside of India, Shringla said its external boundaries have not changed. Nor has the Line of Control with Pakistan been affected.