India committed to fight climate change, but not under pressure: Prakash Javadekar 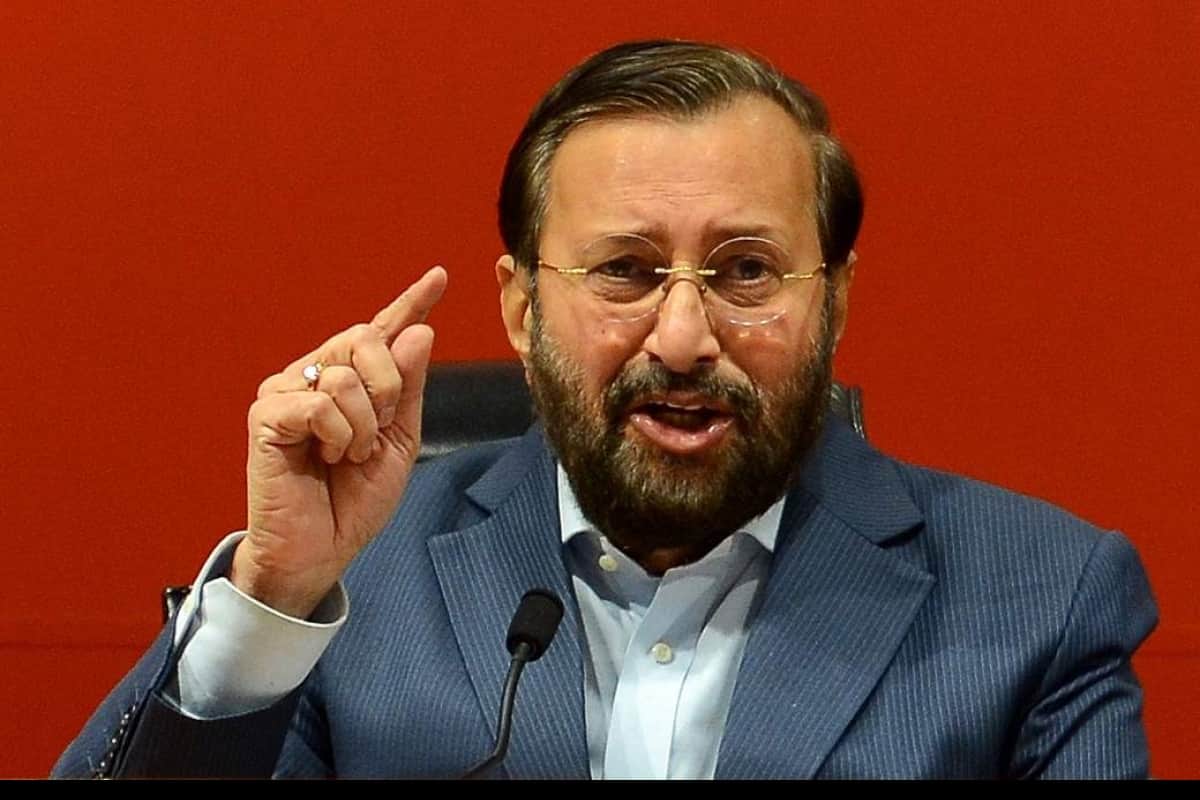 Observing that underdeveloped countries have a right to develop, Union Minister of Environment, Forest and Climate Change Prakash Javadekar on Wednesday said that India will “overachieve” its commitment made in Paris, but not under any pressure.

“We will complete our commitments. We will raise our own ambitions, but not at behest of or under pressure. We will also ask countries to finance and to provide technology support. and will ask countries of their actions,” Javadekar said during a panel discussion on ‘From Paris to Glasgow: Stepping up global action on climate change’.

Javadekar made these remarks at the event, held after his meeting with visiting French Foreign Minister Jean-Yves Le Drian. The event was organised by the French Embassy in India.

Official spokesperson of the Environment Ministry, Gaurav Khare, soon clarified that Javadekar had said that India will “overachieve” its commitment made in Paris, and not said that the country will “raise its ambitions.”

Also Read |Explained: What is net-zero, and what are India’s objections?

Discussing the historical perspective of climate change, the minister said, “What we are suffering today was caused a hundred years ago. What the (developed) countries — European, American, and (over the) last 30-40 years China — they emitted. Therefore, the world is suffering, India is suffering, because of the actions of others. That’s the real context.

With this “historical responsibility”, Javadekar said, the Principle of Common But Differentiated Responsibilities (CBDR) emerged. “We all will have to act, but those who have polluted will have to act more. That’s why they committed $100 billion in Copenhagen… but where is the money?”

Making a case for access to cheaper, clean technology, he said, “The alternative technology has to be much cheaper than coal. Then only people will do away with coal.”

He said, “India is not a major emitter. People say in the sequence that we are the fourth largest emitter. How? Coal consumption of China is 4 billion tonnes; ours is not even 1 billion tonnes —it is 850 million tonnes.”

Underlining the importance of the principle of equity in the fight against climate change, the minister said, “The poor of this world have the right to grow, have right for development. How will they achieve? They need power.”

Stating that Europe’s per capita annual power consumption is 10,000 kilowatts, Javadekar said, “My (India’s) per capita per year power consumption is 1,200 kilowatts. Doesn’t Indian people or the poor of the world require the facility which others are enjoying? My main issue is that the poor of this world have a right to grow. We will ensure the sustainable growth path. That is what is needed.”