India-US: ‘2-by-2’ dialogue put off, India says no to defence minister talks

The inaugural ‘2-by-2’ dialogue was scheduled to be held in Washington this month, but was postponed as the US Secretary of State-designate, Mike Pompeo, is still awaiting his confirmation by the US Senate. The inaugural ‘2-by-2’ dialogue was scheduled to be held in Washington this month. (File Photo)

INDIA HAS declined an offer from the US for talks between Defence Minister Nirmala Sitharaman and US Secretary of Defence Jim Mattis in lieu of the ‘2-by-2’ dialogue between India’s foreign and defence ministers and US secretaries of state and defence.

The inaugural ‘2-by-2’ dialogue was scheduled to be held in Washington this month, but was postponed as the US Secretary of State-designate, Mike Pompeo, is still awaiting his confirmation by the US Senate. US President Donald Trump nominated Pompeo as his Secretary of State after he fired Rex Tillerson from the post last month. Pompeo’s confirmation hearing in the US Senate Foreign Affairs Committee is scheduled for Thursday.

Official sources told The Indian Express that the offer of a formal meeting between Sitharaman and Mattis was made by Washington after the preparatory talks between the Indian and US delegations last month. The Indian delegation, which comprised Foreign Secretary Vijay Gokhale and Defence Secretary Sanjay Mitra, was in the US immediately after Tillerson was fired.

New Delhi considered Washington’s proposal, sources said, but declined the offer as it didn’t want to diminish the importance of India’s first ‘2-by-2’ dialogue at the ministerial level. The ‘2-by-2’ ministerial dialogue was announced in August 2017 in a White House readout of a telephone call between President Trump and Prime Minister Narendra Modi. “The leaders resolved to enhance peace and stability across the Indo-Pacific region by establishing a new 2-by-2 ministerial dialogue that will elevate their strategic consultations,” the readout had said.

Meanwhile, during the preparatory talks in Washington last month, the US side pressed the Indian side to sign the two foundational agreements for defence cooperation: Communications Compatibility and Security Agreement (COMCASA), earlier known as the Communications and Information Security Memorandum of Agreement (CISMOA); and Basic Exchange and Cooperation Agreement (BECA). In 2016, India and the US had signed the third foundational agreement: Logistical Exchange Memorandum of Agreement (LEMOA), which has since been operationalised. 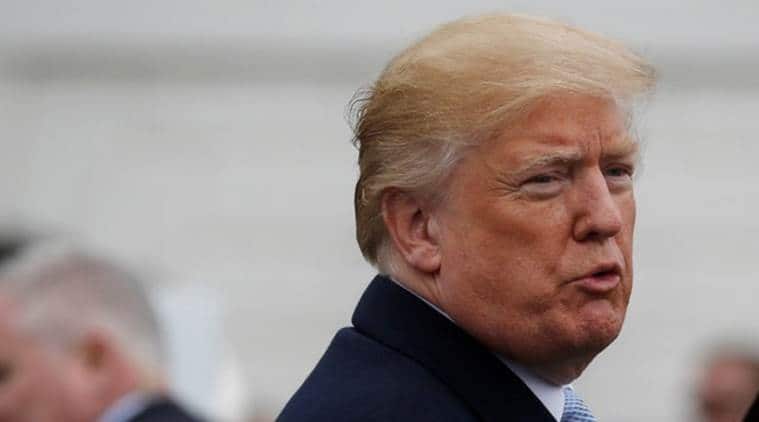 India US have also agreed to institute a new amphibious exercise which will be announced shortly. (REUTERS)

COMCASA, US officials assert, is needed if any classified military information is required to be exchanged between US and Indian armed forces, and would allow India to fully utilise the communication security equipment on military platforms it imports from the US. BECA provides for sharing and data gathering of geospatial information between the two militaries.

Despite signing LEMOA, New Delhi has not been convinced about signing COMCASA as a blanket agreement encompassing all communication across military platforms. Sources said India is willing to consider signing a COMCASA kind of agreement separately for every equipment that it imports from the US.

Pentagon is, however, scheduled to send a team of officials and lawyers to New Delhi later this month to explain the need to sign COMCASA and BECA. Sources said the chances of signing these two agreements before the 2019 elections are rather slim.

The two countries, sources said, have also agreed to institute a new amphibious exercise which will be announced shortly. Discussions on sale of armed UAVs and F-16 fighter jets by the US to India did not lead to any substantive progress during the preparatory talks, sources added.