Relationship with India stands on its own merit, not impacted by tensions with Russia: US

For the second time this week, the State Department spokesperson refrained from responding to questions related to India's position on Ukraine in the United Nations Security Council. 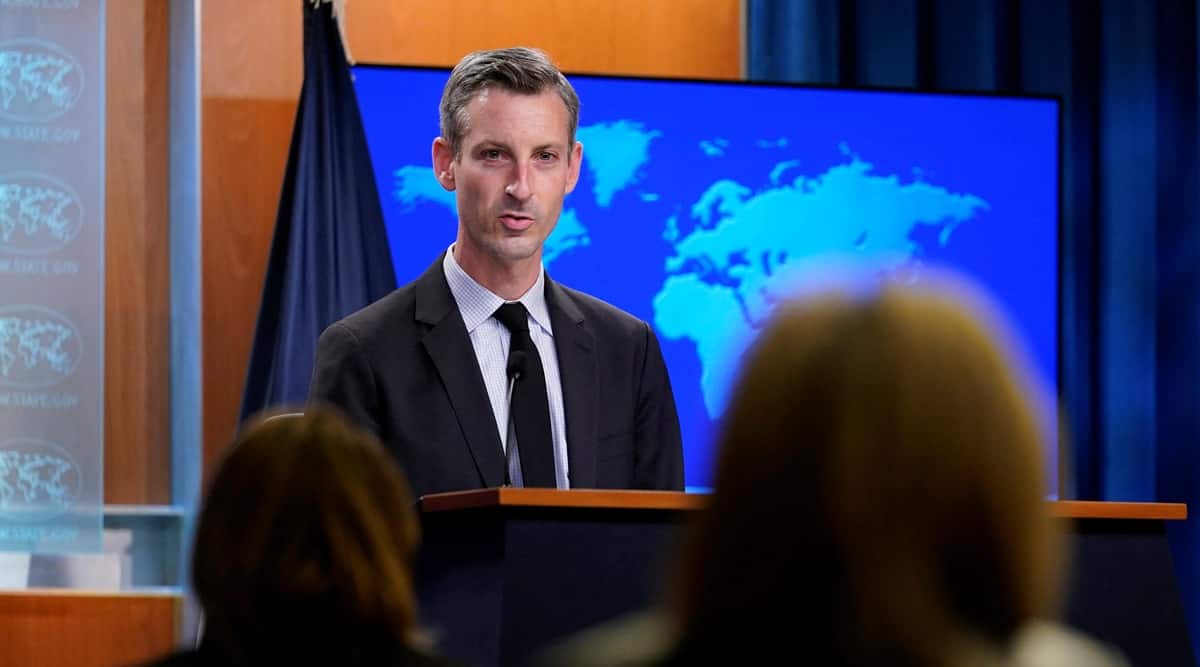 America’s relationship with India stands on its own merit and has not been impacted by the ongoing tension with Russia, the Biden administration has said.

“We have a relationship with India that stands on its own merits,” State Department spokesperson Ned Price told reporters at his daily news conference on Thursday.

He was responding to a question if the US ties with India have been impacted due to the tension with Russia over Ukraine crisis.

Must Read |Explained: What are India’s stakes in its ties with Ukraine & Russia?

For the second time this week, the State Department spokesperson refrained from responding to questions related to India’s position on Ukraine in the United Nations Security Council.

“I will leave it to our Indian partners to discuss their stance in the UN Security on this particular issue,” Price said.

“We have been in touch with literally dozens of countries around the world, including our Indian partners, on our concerns regarding Russia’s military buildup and its unprovoked potential aggression against Ukraine,” he maintained.

Explained |How Ukraine’s armed forces shape up against Russia’s

These are conversations that the United States is having at different levels, he said.

“As I was saying in a different context earlier, Russian aggression against Ukraine and a Russian invasion of Ukraine would have implications for the security environment well beyond that neighbourhood. Whether it is the PRC or India or countries around the world, the implications would be far-reaching. And I think there is a broad understanding of that,” the official added.