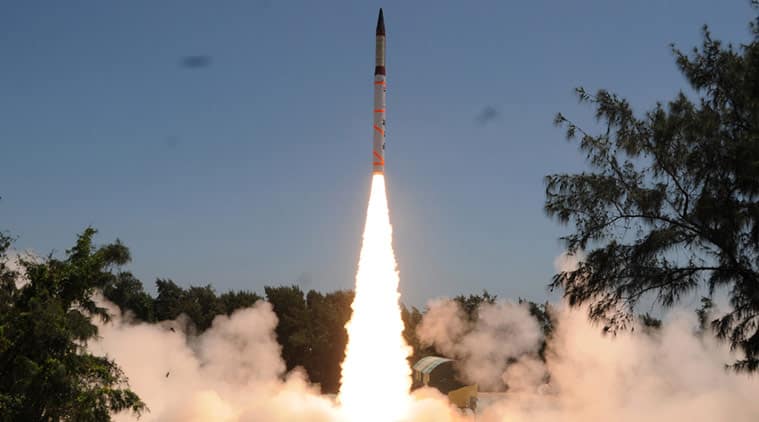 With the aim to strengthen its nuclear arsenal, the Indian army is modifying the Agni missile to make it capable of carrying nuclear warheads. New technologies are being incorporated into every test in addition to its navigation and guidance system, warhead and engine power.

It also has advantages of higher reliability, longer shelf life, less maintenance and enhanced mobility. India has at present in its armoury of Agni series, Agni-1 with 700 km range, Agni-2 with 2000 km range, Agni-3 and Agni-4 with 2500 km to more than 3500km range.

“The redundant Navigation systems, very high accuracy Ring Laser Gyro based Inertial Navigation System (RINS) and the most modern and accurate Micro Navigation System (MINS) had ensured the missile reached the target point within few metres of accuracy. The high speed on board computer and fault tolerant software along with robust and reliable bus guided the missile flawlessly,” said an official of Defence Research and Development Organization (DRDO).

Screen timing does not matter to me: Sonam Kapoor