While the entire dossier was handed over to Islamabad last week, as sought by Pakistan Prime Minister Imran Khan, key excerpts of the dossier have now been given to Indian envoys across the world so that they can share it with foreign governments. 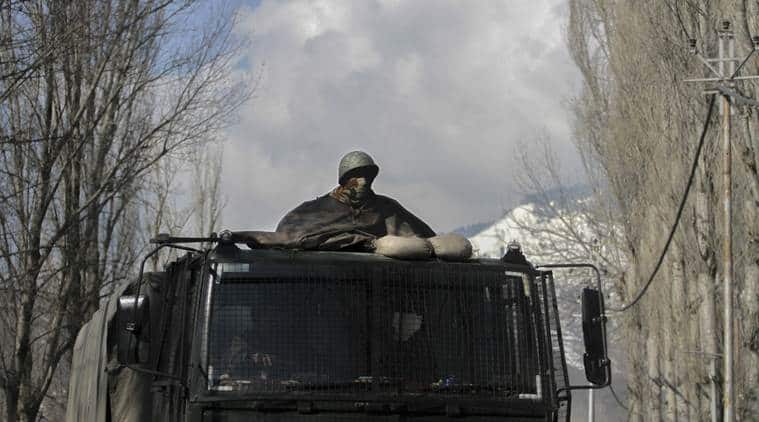 Underlining that military action is over for now and the focus is on fighting the terror infrastructure in Pakistan, India Tuesday said it had reached out to all UN Security Council members for the listing of Jaish-e-Mohammad chief Masood Azhar with excerpts from a dossier linking Jaish to the Pulwama terror attack.

While the entire dossier was handed over to Islamabad last week, as sought by Pakistan Prime Minister Imran Khan, key excerpts of the dossier have now been given to Indian envoys across the world so that they can share it with foreign governments.

Sources made it clear that though the military action is over for now, in case of another terrorist strike, “all options will be on the table”.

The military action, sources said, demonstrated the “capacity and will” to hit the terror infrastructure inside Pakistan, and Delhi is now asking international interlocutors to pressure Pakistan to act.

READ | Heat on, Pakistan pledges UNSC curbs on terror but lets JuD get away

While the US, UK and France have moved the resolution for listing of Masood Azhar at the UNSC, Delhi is also asking all countries to raise the issue with their regional representative countries who are members of UNSC — the deadline for any country to object is March 13. This is a new way to lobby with UNSC member countries, which include the P-5 countries and 10 non-permanent members.

China has single-handedly blocked the listing of Masood Azhar as a “global terrorist” at the UNSC Resolution 1267 sanctions committee for the last 10 years. At least three attempts in the last decade — in 2009, 2016 and 2017 — have been blocked by Beijing at Islamabad’s behest.

“We want to build credibility to our assertion that Pakistan-based terrorist group JeM is behind the Pulwama terrorist attack. So, we are sharing the dossier to back up our claims,” sources said.

While it is difficult to predict whether Beijing will once again block the listing, Delhi has seen three encouraging signals, sources said.

First, the majority of the statements from Beijing after the Pulwama terrorist attack have been very careful, and has not given any negative signal to India.

Secondly, signalling a clear shift, China had signed off on a UNSC statement that “condemned in the strongest terms” the Pulwama terror attack and named Jaish-e-Mohammad for the “heinous and cowardly suicide bombing”.

And thirdly, External Affairs Minister Sushma Swaraj went to China after the Balakot air strike, and her interactions with Chinese State Councillor and Foreign Minister Wang Yi were “positive” and “cordial”. Sources said India has also shared with the US the evidence of the use of F-16s by Pakistan in the February 27 aerial combat and the matter was being investigated.