In its report, CRS highlights recent Indian efforts to diversify its procurement of arms, of which the US has been a major beneficiary. 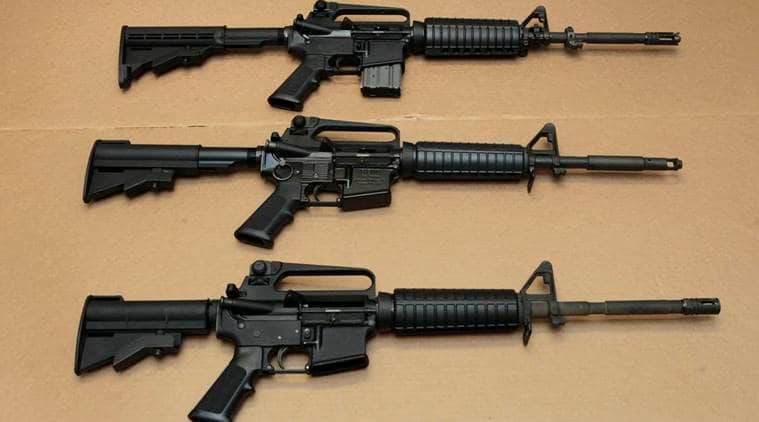 As India embarks on a massive modernisation plan for its defence forces, it has emerged as the second largest purchaser of arms among developing nations after Saudi Arabia, a latest Congressional report has said. Between 2008 and 2015, India purchased defence equipments worth USD 34 billion, which is a distant second after Saudi Arabia’s USD 93.5 billion, said the report ‘Conventional Arms Transfers to Developing Nations 2008-2015’ released by Congressional Research Service (CRS).

As the name reflects, CRS is an independent bipartisan research wing of the US Congress. It prepares reports on a wide range of issues for lawmakers to make informed decisions. CRS reports are not considered official reports of the US Congress. “Saudi Arabia was the leading developing world arms purchaser from 2008-2015, with agreements totalling USD 93.5 billion. India was the second largest developing world arms purchaser from 2008 to 2015, making arms transfer agreements totalling USD 34 billion during these years (in current dollars),” it said, adding these increases reflect the military modernisation efforts by India.

In its report, CRS highlights recent Indian efforts to diversify its procurement of arms, of which the US has been a major beneficiary. “It is notable that India, while the principal Russian arms customer, during recent years has sought to diversify its weapons supplier base, purchasing the Phalcon early warning defense system aircraft in 2004 from Israel and numerous items from France in 2005, in particular six Scorpene diesel attack submarines. In 2008, India purchased six C130J cargo aircraft from the United States,” CRS said.

In 2010, the UK sold India 57 Hawk jet trainers for USD 1 billion. In 2010, Italy also sold India 12 AW101 helicopters. In 2011, France secured a USD 2.4 billion contract with India to upgrade 51 of its Mirage-2000 combat fighters, and the US agreed to sell India 10 C-17 Globemaster III aircraft for USD 4.1 billion, it said. “This pattern of Indian arms purchases indicates that Russia will likely face strong new competition from other major weapons suppliers for the India arms market, and it can no longer be assured that India will consistently purchase its major combat systems,” CRS said.

Indeed, India in 2011 had eliminated Russia from the international competition to supply a new-generation combat fighter aircraft, a competition won by France. In 2015, Russia and India agreed to a contract in which India would procure at least 200 Ka-226T helicopter, the report said. With India reducing its reliance on Russia on arms purchase, Moscow is looking for other options, it added.

‘May the force be with you’: How Hollywood stars reacted to Carrie Fisher’s death