Announcing this at the NMFT conference, Shah said the “time is ripe” for a permanent secretariat. Sources in the security establishment said the proposal was still at an initial stage. 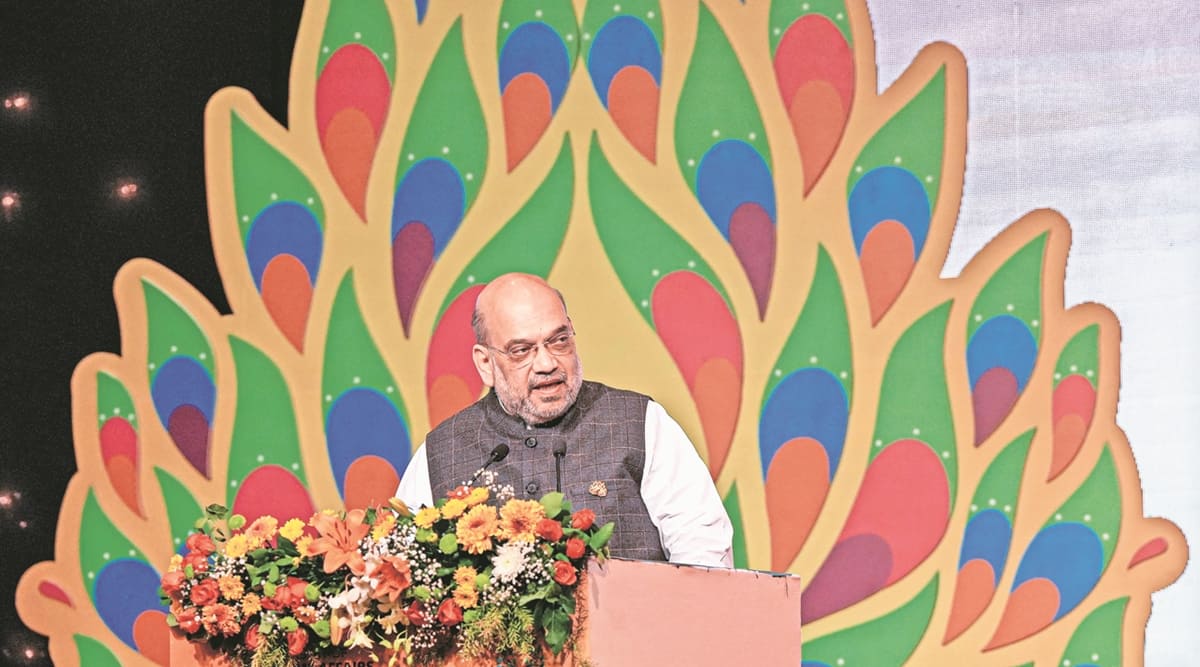 HOME MINISTER Amit Shah on Saturday put forward a proposal to set up a permanent ‘No Money For Terror’ (NMFT) Secretariat in India that would be expected to coordinate global efforts against terror funding more efficiently.

Announcing this at the NMFT conference, Shah said the “time is ripe” for a permanent secretariat. Sources in the security establishment said the proposal was still at an initial stage.

“During the deliberations, India has sensed the need for permanency of this unique initiative of NMFT, in order to sustain the continued global focus on countering the financing of terrorism. Time is ripe for a permanent secretariat to be established. In order to take this thought forward, the chair statement includes the offer to establish a permanent secretariat in the country… India will circulate a discussion paper to all participating jurisdictions for their valuable comments,” Shah said in his speech.

“India is positioning itself as a global player in the anti-terrorism fight since we have experience in handling Islamic terrorism, Khalistani terrorism, and Northeast insurgency. Such experience is crucial to provide this kind of leadership to the global counter-terrorism fight. India is keen to establish a secretariat to deal with money laundering as well as combating the financing of terrorism issues,” said an official who is part of the deliberation process on the NMFT Secretariat.

The official said that while the Financial Action Task Force (FATF) was coordinating efforts to choke terror financing through sanctions and capacity building in many states, many facets of terror financing and certain geographical areas need more focused attention.

“This is where India’s varied experience and the NMFT Secretariat would extend a helping hand…India is also positioning itself as a global player in anti-terrorism initiatives and not just limiting its discourse to Pakistan-related issues,” said another official.

Sources said the FATF’s views were sought, and the international body is in agreement.

During the two-day conference, Shah held a number of bilateral meetings, including with the FATF chief. “In the bilateral meeting with FATF president T Raja Kumar, Shah, while appreciating the role of FATF, emphasised that there is need for FATF to continuously monitor the tendencies of some of the countries to sponsor terrorism,” the Home Minister’s office said in a statement.

“Kumar lauded the initiative taken by India for hosting the NMFT conference and expressed the willingness of FATF, the global watchdog on terror financing and money laundering, to work closely on anti-money laundering/ combating the financing of terrorism issues under India’s G20 priorities,” the statement said.

In a tweet, the FATF said: “At the conference, Kumar called for a push to tackle terrorist financing and warned that Islamist extremist and far-right terrorist groups are using covert methods to transfer funds, including the use of crypto assets.”

The NMFT conference is being attended by delegates from 72 countries and 15 international organisations. While Germany has agreed to host the 2024 and 2025 conferences, the 2023 host is yet to be decided.

Thanks to Namibia for cheetahs? India abstains on ivory trade vote