Why alarm bell matters: this could show the way for other ‘Hindu’ cases

Trial in the Samjhauta express blast case in which 68 persons were killed is on since February 24, 2014. 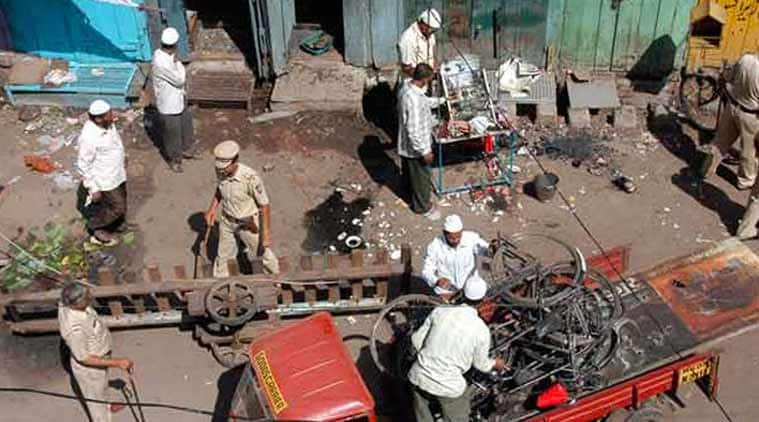 ATTACK: Four explosions, three of these at Hamidia Masjid.

PROBE: Nine Muslim youths arrested by ATS, which chargesheeted them and four absconding accused under MCOCA on December 21, 2006. CBI took over in July 2007, filed a chargesheet against same accused on February 11, 2010. NIA took over on April 6, 2011, after Swami Aseemanand had made a confession in the Mecca Masjid blast case that Sunil Joshi (accused) had told him that the blasts at Malegaon were the handiwork of his men. During the NIA probe, all nine chargesheeted by the ATS and CBI retracted their confessions, alleging they were secured under duress. NIA filed a supplementary chargesheet against four accused, all Hindus, on May 22, 2013, in NIA special court, Mumbai.  The nine Muslims moved court and secured bail, unopposed by NIA.

STATUS: Under trial at NIA special court, Mumbai, charges yet to be framed. (Yet to be chargesheeted): Amit alias Prince, Sadhvi Pragya, Indresh Kumar, Devender Gupta and some others.

STATUS: NIA chargesheet on June 20, 2011, against 5 accused, supplementary chargesheets against three more in August 2012 and June 2013 before NIA special court, Panchkula. Trial on since February 24, 2014.

ATTACK: A blast inside the mosque in Hyderabad during Friday prayers

ATTACK: Blast during iftaar on the compound

IED in storage compartment of a motorcycle exploded in Modasa town of Sabarkantha, a 15-year-old boy died.

STATUS: On June 29, 2010, NIA took over probe, no arrest yet. NIA believes two absconding accused in Malegaon 2008 blast could be involved here too.

Behind the news: Lakhvi, UNSCR 1267, and China’s ‘technical hold’