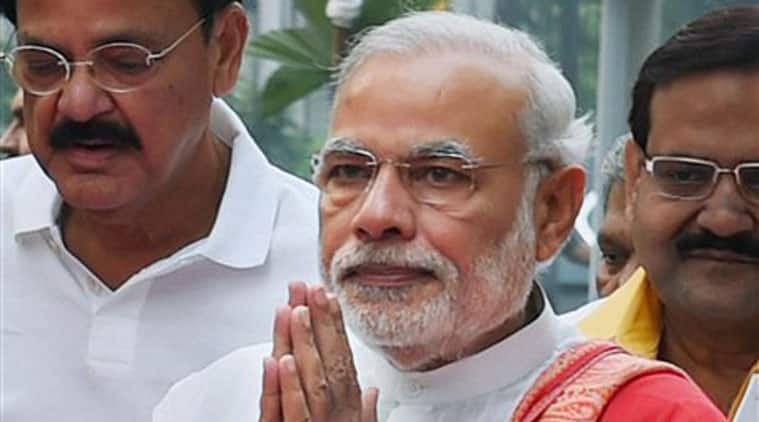 Narendra Modi will land in Australia on November 15.

The terrorist group that carried out Sunday’s murderous suicide bombing at Wagah has followed it up with a threat to Prime Minister Narendra Modi.

“You are the killer of hundreds of Muslims,” Tehreek-e-Taliban Pakistan Jamaat Ahrar (TTP-JA) spokesperson ‘Ehsanullah Ehsan’ said in a message released on his Twitter feed on Monday, hours after claiming responsibility for the Wagah strike, “We w(il)l take the revenge of innocent people of Kashmir and Gujarat” (sic).

Modi has been briefed at least twice in the last fortnight on the growing threat from complex webs of transnational jihadist groups operating from Pakistan’s war-torn north-west and their new Indian affiliates, who give them the assets needed to execute their threats. 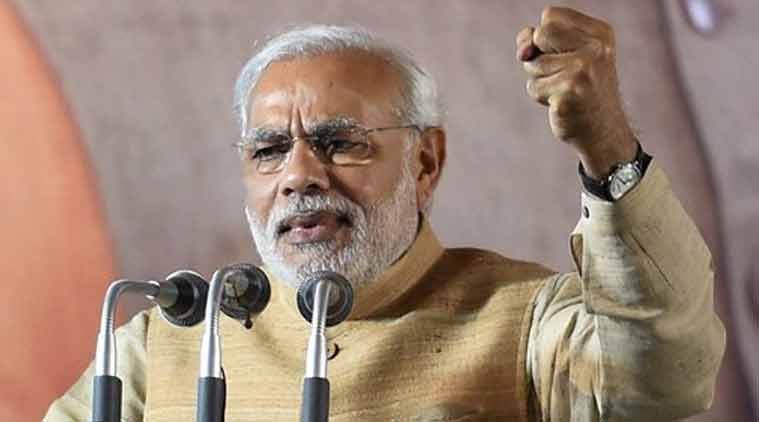 One arm of the Indian Mujahideen, led by Karachi-based Riyaz Shahbandri and his lieutenant Muhammad Ahmad Zarar Siddibapa, has merged into al-Qaeda, intelligence officials say. The rival Indian Mujahideen group, known as the Ansar-ul-Tauheed, is training at camps run by the TTP-JA.

Each of the groups who have acquired Indian partners have rejected talks with the Pakistani government, instead committing to the destruction of the Pakistani state.

Led by Maulana Qasim, the TTP-JA was founded in September by commanders who rejected the Tehreek-e-Taliban’s decision to talk to the Pakistani government. Inspired by the Islamic State, its leadership also has close personal ties with al-Qaeda chief Ayman al-Zawahiri. Its key commander, journalist-turned-jihadist Omar Khalid Khorasani, seeks to overthrow the Pakistani government, impose shari’a, seize the country’s nuclear weapons, and wage jihad until “the Caliphate is established across the world”. In February, Omar Khalid executed 23 Pakistani soldiers by beheading, a message both to pro-dialogue commanders and the army. 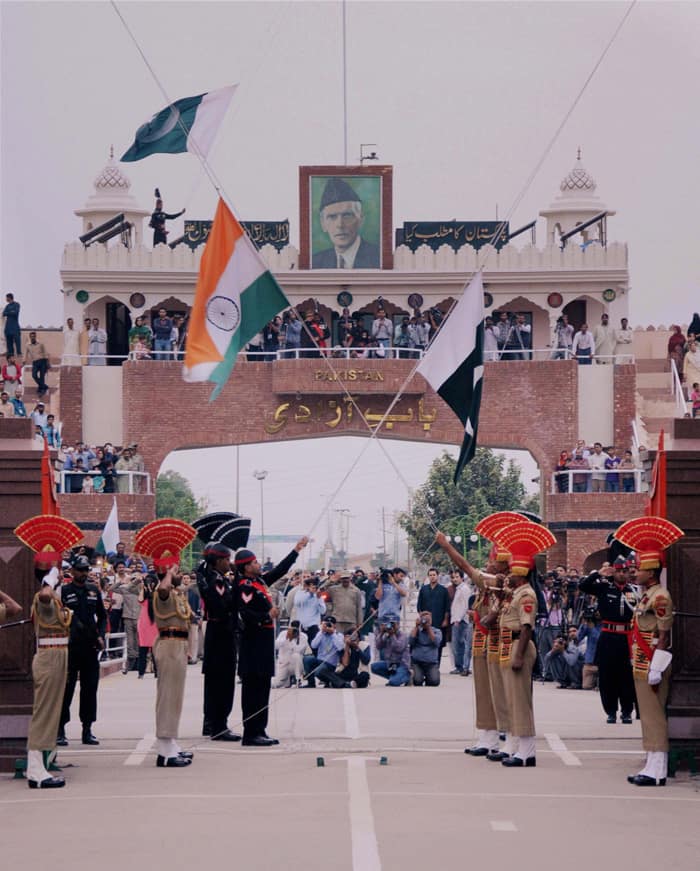 Al-Zawahiri, in turn, has created a new subcontinental wing of al-Qaeda, that has threatened strikes against India. Indian Mujahideen cadre have been training with the new Al-Qaeda in the Indian Subcontinent (AQIS) for over a year, and Indian intelligence services have told the Prime Minister attempted strikes could be just months, or even weeks, away.

Leaders of the Indian Mujahideen and the central leadership of al-Qaeda, communications decrypted by the National Investigation Agency suggest, began negotiations on a merger in mid-2013. The effort was led by Karachi-based Riyaz Shahbandri, who wanted a new patron to break free of restraints placed on the group’s operations by his erstwhile mentor, Pakistan’s Inter-Services Intelligence Directorate. 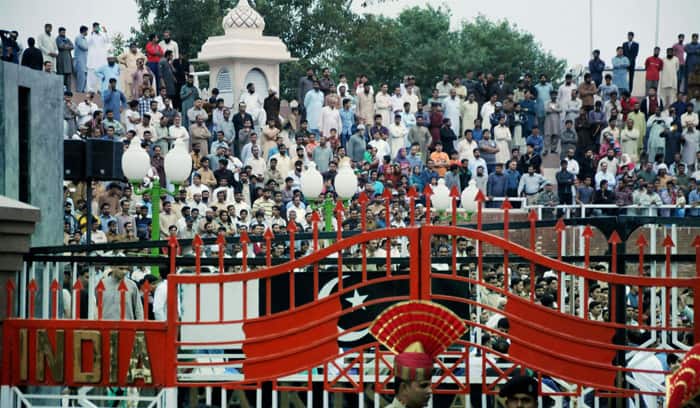 In a May 24, 2013 chat, the individual the NIA identifies as Shahbandri told Siddibapa — also known as ‘Yasin Bhatkal’ — he had just completed a visit to Pakistan’s north-west to meet with a top al-Qaeda commander on merging the Indian Mujahideen and al-Qaeda The al-Qaeda commander Shahbandri met, sources say, was most likely Asim Umar, the Gujarat-born, Delhi-raised seminary student who now heads AQIS. Last month, The Indian Express revealed Umar had arrived in Pakistan in the late-1990s from Dubai, and began studies at the Jamia Uloom-e-Islamia-a Karachi seminary that produced several influential jihadist leaders Umar, the sources said, was mentored by Nizamuddin Shamzai, a cleric closely linked to the Taliban who once bragged of being treated as a “state guest” in Mullah Muhammad Omar’s Islamic Emirate of Afghanistan.

Later, al-Zawahiri appointed Umar as the head of al-Qaeda’s shari’a committee, a key institution that provides ideological guidance to the group.

Following his meetings with Shahbandri, Umar released a number of calls for jihad by Indian Muslims — an effort to gather recruits for the organisation. In the summer 2013 issue of the jihadist magazine Azan, he asked “Indian Muslim scholars and masses why the jihad battlefields remain deprived of their blessed presence — especially when history shows that their ancestors always raised the banner of jihad against the enemies of Islam.”
In the article, Umar invoked anti-Muslim communal violence in India, saying “the Red Fort in front of the mosque cries tears of blood at your slavery and mass killing at the hands of the Hindus”.

Following the Indian Mujahideen’s absorption into the al-Qaeda umbrella in the summer, investigators believe, the new organisation set multiple plans in place. Among them, attacking visiting tourists from Israel, blowing up petrochemical facilities or trains, and assassinations of police officials involved in counter-terrorism work. Notably, Shahbandri revealed that al-Qaeda had already had a functioning network in India, run by an individual who was connected with Uttar Pradesh.

“No one knows whether those plans were found to be workable”, a senior intelligence official said, “and what stage of execution they might be at now”.

Elements of the Indian Mujahideen network hostile to the Shahbandri’s leadership, meanwhile, sought other patrons. In a July 18, 2013, message filed in court by the NIA, an individual alleged to be Azamgarh-born fugitive Mirza Shadab Beigh also told Siddibapa that negotiations with al-Qaeda had reached an advanced stage. Five separate groups had now allied under al-Qaeda’s command, he said, to launch operations in India.

Beigh, however, wasn’t impressed with what al-Qaeda had to offer. He described the group’s ethnic-Pashtun fighters as “bulk with no brain”, “cheap manpower for jihad and Fidayeen work”. Their cadre, he said, were unsuited to work in India, imagining that one could walk about the country with weapons in their hands, as they did in Afghanistan.

The Indian Mujahideen dissidents thus set up a new group called the Tauhid al-Ansar-which has released multiple video-tapes of its cadre training at Taliban camps for what it says will be a wave of fidayeen strikes in India.

No CM nominee, PM Narendra Modi to be face of BJP’s Delhi campaign