UP: ‘Molested’ girl’s suicide triggers clash with cops in Hamirpur

Two villagers were killed in violence and subsequent police firing when they tried to gherao the Biwanr police station here to lodge FIR against an eve-teasing accused. 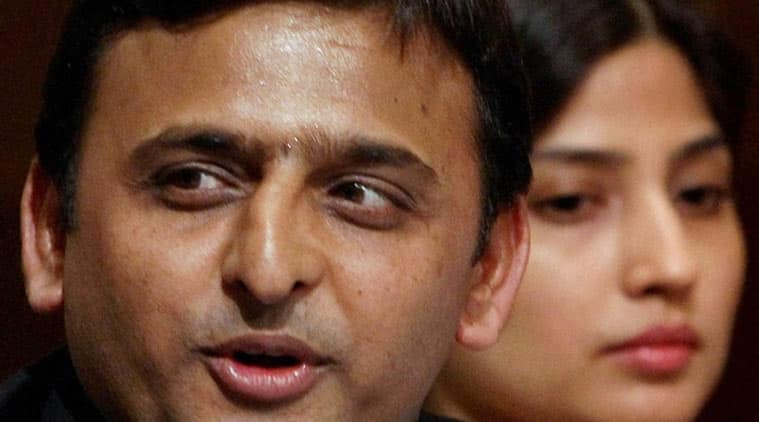 Tension gripped Hamirpur district’s Bewar town over the death of a 17-year-old girl, who reportedly set herself ablaze after being allegedly molested by two local youths on Saturday morning. After her death, an angry mob clashed with police, attacking the Bewar police station and damaging vehicles parked inside and outside the building.

Situation was brought under control only after an additional police team reached the spot and dispersed the crowd. One person died, while two others were injured in the clash. The deceased was later identified as Rahul Pandey (23). On Sunday afternoon, the father of the deceased lodged an FIR at Bewar police station against unidentified policemen on charges of murder.

Hamirpur Circle Officer Yashveer Singh said it took around four hours to bring the situation under control. An FIR has been lodged against around a thousand unidentified persons for attacking policemen and damaging public property.

After the incident, Chief Minister Akhilesh Yadav suspended Hamirpur SP Dinesh Pal Singh, and also ordered a magisterial inquiry into the alleged firing by the police on protesters.

Meanwhile, the police arrested Jitendra Yadav, the man accused of harassing and later thrashing the girl after she objected to his lewd remarks.

As many as 17 people were arrested on charges of rioting. While claiming that locals too opened fire during the clash, the Chitrakoot Range DIG, Gyaneshwar Mishra, said police will probe whose bullet hit Rahul. He insisted that police only fired in the air to disperse the crowd.

Hamirpur District Magistrate Sandhya Tiwari said government had announced an ex-gratia of Rs 5 lakh each to families of the girl and Rahul. She also announced payment of Rs 1 lakh to the two injured — Jaikaran (55) and Kallu. Both sustained bullet injuries during the clash, and were reported to be stable.

Security was beefed up at Bewar to avoid any untoward incident and SHO, Bewar police station, Viren Singh was suspended later in the evening.

Singh said the girl had left home to attend her coaching class early morning on Saturday. While on her way, she was allegedly teased by the accused, Jitendra Yadav. Later, Jitendra’s younger brother, Bhura, too arrived at the spot. Both accused allegedly thrashed her and fled the spot as other locals gathered. The accused also issued a threat to the girl before fleeing.

While her father left to lodge a complaint after being informed about the incident, the girl allegedly set herself ablaze at her home, added Singh.

The incident triggered the first protest by locals, which ended after police assured swift action in the case. The protest resumed after the girl succumbed to her injuries at the Hamirpur district hospital at 6 pm on Saturday. With her body placed near the police station, the residents protested police inaction, finally leading to the clash that left one dead.