The project to create an alternate home for the Asiatic lion began nearly two decades ago but was stonewalled by Gujarat. 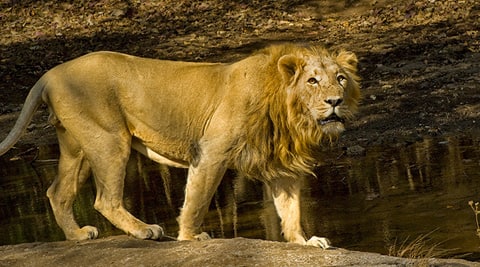 The project to create an alternate home for the Asiatic lion began nearly two decades ago but was stonewalled by Gujarat.

Madhya Pradesh has begun the process to shift two villages outside the Kuno Palpur sanctuary to make more space for the Asiatic lion even as the Supreme Court rejected a curative petition filed by Gujarat, its last ditch effort to stop the proposed translocation.

The project to create an alternate home for the Asiatic lion, found only in Gir, began nearly two decades ago but was stonewalled by Gujarat and NGOs by posing several legal hurdles while MP moved 1543 families from 24 villages outside the park between 1998 and 2003.

Forest Minister Gaurishankar Shejwar said the MP government would spend the money required to shift residents of Bagcha and Jahangarh villages from its own pocket and seek reimbursement later to save time. The state government’s position is starkly different from its earlier approach when it had decided to wait for the centre to send money. The new relocation will cost another Rs 59 crore.

In April 2013, the Supreme Court had rejected the petitions opposing the relocation, and issued directions to form an expert committee to decide the nitty-gritty of translocation in keeping with IUCN guidelines.

The committee has recommended that in addition to the 24 villages already moved out of the park located in Sheopur district two more villages be cleared of human population to make the habitat more suitable for the lions.

Given Gujarat’s intransigence on the translocation, MP is keeping its fingers crossed on actual translocation saying the matter is in the hands of the central government. Gujarat has opposed the proposed translocation on various grounds.

Even after the rejection of the curative petition, Gujarat government’s senior minister and spokesman Nitin Patel has reportedly said that the state would explore all options to prevent the translocation from taking place. Despite repeated attempts Patel and Gujarat Forest Minister Ganpatbhai Vasava could not be contacted.