Modi’s speech covered a range of topics from terrorism, the “new-look India”, the warm welcome that he received in the UAE and initiatives launched by his government for Indian expatriates. 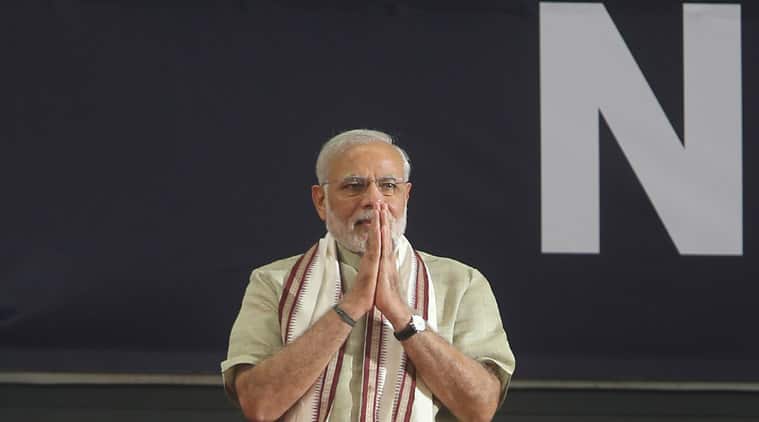 Hours after India and the UAE resolved to counter terrorism jointly, Prime Minister Narendra Modi sent out a message to Pakistan from Arab soil, saying that the theory of “good Taliban and bad Taliban” would not work anymore and that the “message was clear to those whom it was intended for”.

Addressing a gathering of thousands at the Dubai cricket stadium, Modi’s speech covered a range of topics from terrorism, the “new-look India”, the warm welcome that he received in the UAE and initiatives launched by his government for Indian expatriates.

At one point, he asked the crowd to give a standing ovation to UAE Crown Prince Sheikh Mohammed bin Zayed Al Nahyan for allotting land for a temple in Abu Dhabi. Then, in a bid to strike a chord with expats from Kerala who constitute a bulk of the Indian population in Dubai, he wished them a “happy new year” in Malayalam.

Modi attributed the warm welcome received to “the change in situation in India”, adding that the country’s prestige had increased and its changing profile was being accepted by the world.

Although he spoke about his initiatives to improve relations with neighbours – help for Nepal after the earthquake, the land boundary agreement with Bangladesh, his visit to Sri Lanka and assistance for Maldives over water crisis –the highlight of the 70-minute-long speech was the reference to terror and the indirect message to Pakistan.

Modi said that India and the UAE have sent a “clear signal” against terror. “We have raised our voice against terrorism in unison from this soil. This is significant.” he said, adding “samajhnewale samajh jayenge”.

“There is good terrorism, bad terrorism and the good Taliban and bad Taliban formulation will not work any more,” he said.

Modi also took a dig at at the UN Security Council, saying that it has not been able to decide which country should be declared as “terrorist state”. He also revealed that the UAE has supported India’s stand on pursuing a Comprehensive Convention on International Terrorism that has been pending for a while.

Referring to the recent Naga peace accord signed with NSCN (IM), Modi said, “Discussion is the only way. this applies to our region also.”

Modi described the UAE government’s decision to allot land for building a temple in Abu Dhabi as a big achievement. “When on one side religion is used to incite terrorism and innocents are being gunned down, the government has given land for a temple. It is a big decision,” he said.

Modi also sought to address domestic criticism, saying the IMF, World Bank, Moody’s and many international rating agencies have said in unison that India is changing and its economy is growing the most among the big countries.

“This change has happened within a year,” he said. Referring to New Delhi’s quick decision to send relief material to Nepal after the quake, he said “Now we have a government in India which is visible everywhere and every minute.”
However, there was no big ticket announcement for NRIs as Modi spoke about existing initiatives for their welfare. He did ask officials at the embassy to visit places where Indians reside and conduct consular meetings and sought more schools to be set up in the Gulf region for Indians.