The affinity of Indian tourists to these places is likely to increase in the coming years. 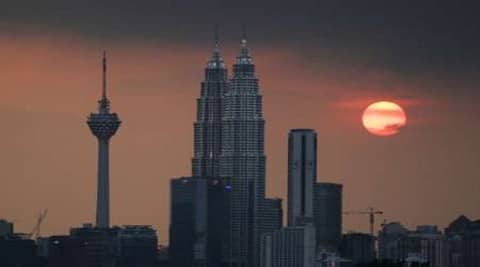 Southeast Asian countries such as Thailand, Singapore and Malaysia are the preferred holiday destinations among Indian tourists and their affinity to these places is likely to increase in the coming years, as per an Euromonitor International report.

According to the global consultancy firm, out of the 154 lakh Indians who travelled abroad in 2012, around 11 lakh went to Singapore, 10 lakh went to Thailand and 8.2 lakh visited Malaysia. On the contrary just 6.3 lakh tourists visited the US.

Another favourite with Indian tourists is the United Arab Emirates, which saw as many as 9.8 lakh tourists in 2012 and this figure is expected to increase to 19.29 lakh by 2017.

“These countries were aggressively marketed in terms of package holidays that featured wildlife, adventure and natural scenic beauty at budget prices,” the report said, adding that the budget packages were well received by the Indian consumers who preferred to have a foreign trip to these countries rather than a domestic one.

By the year 2017, the tourist flow to these Southeast Asian countries is likely to increase further as 14 lakh Indians are likely to visit Malaysia, 20 lakh would opt for Singapore and Thailand each, the report said.

However, in terms of tourist expenditure, however, the picture is totally different.

Singapore with Rs 5,400 crore topped the charts, followed by United Arab Emirates and the US with Rs 5,000 crore each.

By 2017, the Singaporean authorities are likely to earn Rs 7,700 crore from Indian tourists, while the UAE would topple the US to the No.2 slot with Rs 7,500 crore likely to flow to the country, a little more than the US at Rs 7,100 crore.

The report further said that leisure departures continued to dominate outbound travel, accounting for 68 per cent of all departures in 2012 and leisure travels recorded a 10 per cent rise in 2012.

Meanwhile, business departures also posted a 10 per cent rise in number of trips in 2012, to account for 32 per cent of all departures.

As per the report, outbound tourism is likely to continue to grow at a steady pace and the use of Internet for research, reviews and bookings would result in the strong development of the online channel for outbound travel.

No help from govt, father-son duo now at AIIMS for a last chance