Earlier in the day,Tejpal had moved Delhi HC seeking anticipatory bail in the sexual assault case.

In yet another twist in the Tehelka sexual assault case,the woman journalist,who accused founder and editor-in-chief of the magazine Tarun Tejpal,reportedly resigned on Monday,saying that the organisation has failed her.

Earlier in the day,founder and editor-in-chief of Tehelka,Tarun Tejpal,accused of sexually assaulting a junior colleague during an event in Goa,moved Delhi High Court on Monday seeking anticipatory bail in the

Justice G S Sistani,before whom the petition was

will hear the matter on Tuesday. 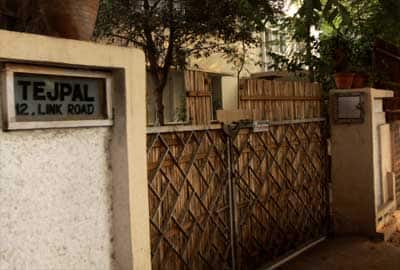 Senior advocates KTS Tulsi and Geeta Luthra with the briefing counsels Raian Karanjawala appeared before court of Justice GS Sistani and sought hearing of anticipatory bail on Monday afternoon as matter was urgent.

Denying the urgency,the court said plea will be heard in due course as it directed the counsels to file plea in the registry to be heard tomorrow.

Goa Police has not ruled out the possibility of slapping fresh charges Tejpal,saying many things have emerged in its probe.

The Goa police had on November 22 lodged an FIR against Tejpal under sections 376 (rape),376 (2)(k) (rape by a person of a woman in his custody taking advantage of his official position) and 354 (outraging modesty) of IPC in connection with the incident.

The issue came into the limelight when an email by the woman journalist of his magazine alleging sexual assault was made public and Tejpal announced on November 19 that he was “recusing” from his job for six months.

Tejpal had earlier alleged that the victim was lying. “It is a totally mendacious account of what happened,in its details,in its tonalities,in its very suggestion of non-consensus,” Tejpal,who stepped down as editor-in-chief of the weekly magazine last week for six months over the alleged incident,said referring to the allegations by his colleague.

Meanwhile,Goa Chief Minister Manohar Parrikar lashed out at the Tehelka Editor,alleging that the claim that the act was consensual could not be true.

“Someone told me that this man (Tarun Tejpal) is saying that it is consensual. I wonder what he must have done within four minutes and that too in a lift,” Parrikar reacted last evening addressing a function in south Goa.

On Sunday,a three-member Goa police had quizzed Tehelka Managing Editor Shoma Chaudhury and three employees who had been contacted by the victim to corroborate her version.

The Goa Police had recorded statements of the three colleagues whom the victim had first approached following the incident.

Sources said the three had corroborated the victim’s statement and also claimed that they had informed the Tehelka management on learning about the incident.

Contrary to reports,the team returned to Panaji without questioning Tejpal who may be contemplating moving court and seeking probe by an independent agency.

Police seized from Tehelka office a hard disc,transcripts of emails exchanged among Tejpal,Choudhury and the victim and other documents.

In a parallel development,National Commission of Women had asked the Mumbai police to provide security to the victim while stressing that the woman journalist should come forward and put her case firmly.

the Goa police on Saturday obtained the CCTV footage from the hotel. While the footage is being examined,police revealed that there were no CCTV cameras in the hotel elevator where the woman journalist of Tehelka magazine was sexually assaulted by Tejpal.