Setalvad and her husband on Monday recorded their statement before CBI in connection with a case against their firm for allegedly receiving around $2.9 lakh in foreign donations in violation of FCRA. 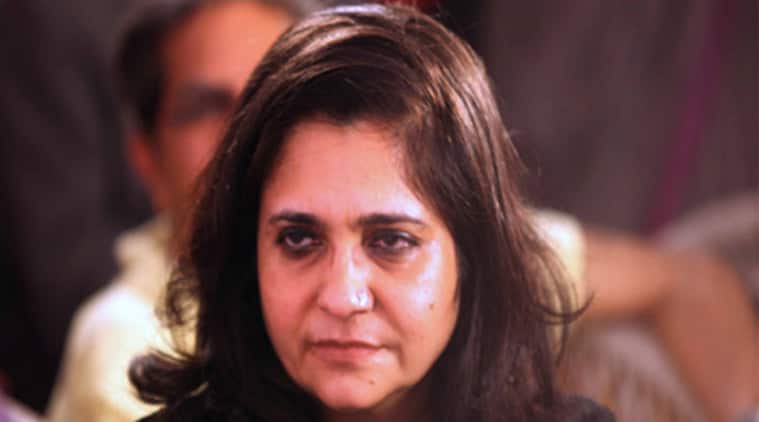 Denying any violation under the Foreign Contribution Regulation Act (FCRA), activist Teesta Setalvad questioned the timing of the case and said the NDA government does not want arguments on the Gujarat riots “coming back into the public domain”.

Speaking to The Indian Express, Setalvad pointed out that the Zakia Jafri criminal revision petition, scheduled to come up in the high court on July 27, attempts to “look at criminal or administrative culpability for all the incidents during the Gujarat riots”.

“I believe it is these arguments coming back into the public domain that this regime really does not want,” she said.

PTI adds: Setalvad and her husband Javed Anand on Monday concluded recording of their statement before the CBI in connection with a case against their firm for allegedly receiving around $2.9 lakh in foreign donations in violation of FCRA.

The couple appeared before the CBI on three consecutive days since Saturday, pursuant to Friday’s directive of CBI

special judge Anis Khan, who had reserved his order on their anticipatory bail applications till Tuesday, while granting them interim protection from arrest.

“Section 3 and 4 of the Act gives exemption to judges, political parties and journalists on receiving it (foreign funds) if you’re doing it to provide a service and a consultancy. And we did this after taking legal advice. And we are fully confident that our legal advice is strong,” said Setalvad.

On the alleged embezzlement of Gulberg Society funds, she said: “There was only Rs 4.6 lakh collected for the Gulberg museum. So the entire investigation should have been into that Rs 4.6 lakh. The Gujarat police was overreaching… One of the motives of this FIR was public vilification, so that our supporters and survivors lose faith in us.”