Stop telecast… if it continues, our operation won’t end: Callers to PCR

From a sobbing housewife to a Navy commander, callers repeatedly ask the PCR to order a media blackout. Media outside the Taj Hotel in Mumbai. (Source: Express file)

It’s the morning after 26/11. Seventeen police officers are dead, and TV networks are announcing that Mumbai has been taken over by terrorists.

Hours into the attack, and with a counter-terror operation underway to flush out terrorists at three sites where they are holding hostages and firing at will, there is a shift in the tone of those calling the Police Control Room: Rein in TV camera crews, scores of callers plead.

As the day progresses — in fact, until the last terrorist is gunned down on November 28 afternoon — people dialling 100 sense the danger of terrorists viewing live coverage of the counter-terror operations.

From a sobbing housewife to a Navy commander, callers repeatedly ask the PCR to order a media blackout. The response: It’s not in our jurisdiction.

The Indian Express has obtained and authenticated 4,396 phone calls made to the PCR, running into 89 hours of conversations. These are snatches from calls on November 27, urging a media blackout:

1.33 am: A former municipal councillor calls: “They (MARCOS and NSG) are going to have the operation in Taj Mahal Palace Hotel and Oberoi. Commando operations. It is very important. Your strategy should not be known to them.” The operator says the priority now is to tend to the injured and clear the periphery. “Khaamakha das jawan shaheed ho jayenge (we’ll lose 10 jawans for no reason),” the caller says.

1.37 am: A Dombivali resident, nearly 50 km away from the Taj Mahal Palace Hotel, calls: “They (terrorists) are definitely watching this like me, from the hotel rooms. Besides, they have satellite phones.”

* By 2 am, the Marcos have arrived. Soon enough, visuals of the Navy’s special operations unit are on TV screens.

2:52 am: A local journalist calls from Borivali, convinced that the three men who died behind Cama Hospital lost their lives because of TV coverage of the police strategy. “It’s as if they are reporting for the benefit of terrorists, ensuring they have full information at all times.”

* In the wee hours, the PCR takes dozens of calls from those viewing TV coverage.

8.20 am: One caller wonders if the terrorists understand Marathi. He asks the control to screen live commentary, if not the visuals. The operator assures that the police are now seeking legal opinion on the matter. “Police cha haddat control nahi yete (This is not within the jurisdiction of the police.) It’s with the broadcast ministry, we cannot issue direct orders,” he says, guiding the caller to the control room in-charge.

8.32 am: An operator assures a caller from Borivali that the Joint Commissioner is personally addressing the problem, by calling each channel. But ten minutes later, TV channels are beaming visuals of a commando climbing a pipe outside the Taj. One caller says: “They’ll fire directly on these poor men.” To every caller, the control room says they do not have authority in the matter.

As more visuals of the MARCOS appear, the calls increase and PCR operators begin to show the first signs of irritation. One operator scolds, “Don’t we know it? Don’t they (media) know it? Since last night we have been getting these calls. They are selfish.”

One Navi Mumbai resident wants to file a legal case against the channels. A woman says she wants to talk to seniors: “If a common citizen like me can understand, then why can’t they?”

9.11 am: A caller, who has just returned from JJ Hospital after donating blood, says a TV visual worries him. He discusses with the operator the possibility of instructions from Mantralyaa to the camera crews.

9.17 am: A woman breaks down on the phone. Her son is comforting her, but ther sobs get louder. The operator tells her the cameras have been taken some distance away from the attack sites, but they have powerful zooms. “I can only cry, I can only cry,” she repeats, asking if someone will tell the cameras not to stalk commando movements.

9.20 am: Minutes after the NSG unit arrived, a man from Janakalyan Nagar calls. He can see four commandos taking positions. He has called a TV channel several times, but is unable to connect. “If this telecast continues, our operation won’t end,” he says.

* Six minutes after the NSG has taken charge, a terrorist from the Oberoi calls a TV channel. The calls to the PCR now come in thick and fast, some afraid for the hostages, some furious that the media is even offering him air time. One caller tells an operator: “He (the terrorist) isn’t laying down his weapon and is still getting an opportunity to convey his message.” One caller says the terrorist’s accent gives away that he appears to be from Sialkot, not Hyderabad as he’s claiming to the TV channel.

10.01 am: A caller wants a TV channel pulled up. “Tell them they are acting against the interest of the nation,” he says. When another caller asks for numbers of TV channels, one operator obliges with a number for a TV network.

10.07 am: The PCR tells one caller that cable television in both hotels has been disconnected. But the calls continue. As cameras zoom in on NSG commandos walking into the Taj, one Borivali resident is livid. “Fatke dile pahije (somebody should slap them),” he says, referring to the TV cameramen. A caller can see commandos taking position behind the Gateway of India and calls the operator: “They will lob bombs on the Gateway of India.”

* In the afternoon, it emerges that while TV sets in the Oberoi don’t have cable TV any more, guests at Trident confirm that it’s still on. “Callers from Trident are calling to say TV is on. Oberoi’s TV has been cut. My relative is a staffer there. As a citizen I thought I should tell you,” one caller says.

* By now, a TV channel has released a short list of the names of hostages and their room numbers. Immediately, callers want such information taken off air. One says the police should use jammers to break Internet connectivity. “What if they have laptops, visuals can be streamed there too,” he says.

2.14 pm: An operator says the control room is flooded with angry calls about the coverage of Nariman House. A woman wants to know “hamare commandos ke sir ke upar cover kyun nahin hai (why aren’t the heads of our commandos covered)… They will get shot in the head.”

4.59 pm: The daughter of an army man makes her second call in 21 minutes. She says newscasters are revealing critical information. “Andar ghuste hi maarenge na? (They’ll be shot as soon as they enter, right?)”

By evening, the weary control room is simply sharing the telephone numbers of television channels, asking callers to try their luck themselves.

Case against Union minister for ‘terrorist’ barb at Azam 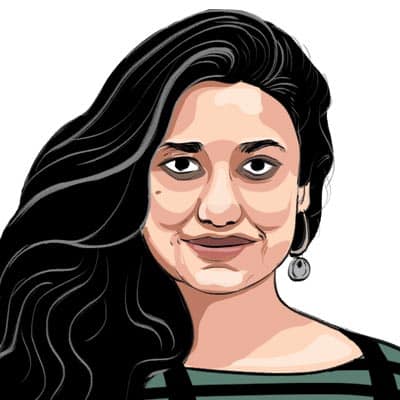