States on board, elusive GST in sight

Jaitley has also promised Rs 11,000 crore to states this fiscal as partial compensation for the phase-out of the central sales tax. 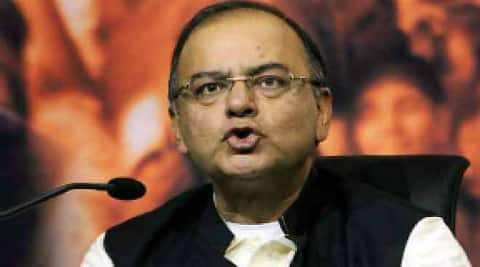 Finance Minister Arun Jaitley is now expected to table the Constitutional Amendment Bill for rollout of the tax in Parliament in the ongoing Winter Session.

Paving the way for the largest indirect tax reform in the country, the Centre and states reached a consensus on the broad contours of the proposed Goods and Services Tax (GST) on Monday.

Finance Minister Arun Jaitley is now expected to table the Constitutional Amendment Bill for rollout of the tax in Parliament in the ongoing Winter Session.

“The Cabinet note is being prepared. The Bill will be introduced in the current session,” said a source familiar with the development. This is likely to give the government adequate time to meet its deadline of April 1, 2016 for the nationwide implementation of GST that would subsume excise duty, service tax as well as state and local levies. Once in place, the GST is expected to add 1-1.5 per cent to the country’s gross domestic product. According to the deal struck late on Monday evening, the Centre is expected to include a provision on compensation to states for any revenue loss due to GST in the Bill. “The opinion of the Law Ministry is being taken on the issue,” said the source, adding that the Finance Ministry has agreed to fully compensate the states for three years after GST rollout and the structure will be included in the Bill. There will be partial compensation for the next two years.

Jaitley has also promised Rs 11,000 crore to states this fiscal as partial compensation for the phase-out of the central sales tax.

In the over three-hour long meeting, chaired by Jaitley and attended by Finance Ministers of Punjab, Haryana, Gujarat, Tamil Nadu, Maharashtra, Karnataka and Jammu and Kashmir, it was also decided that petroleum products would be kept out of the ambit of the GST for a few years initially, allowing states to levy taxes on them and earn revenue. However, entry tax would be subsumed into the GST from the start.

“The matter (GST) was discussed elaborately. The discussions are moving in a positive direction,” said Abdul Rahim Rather, Finance Minister of Jammu and Kashmir and the chairman of the empowered committee of state finance ministers. He added that the Centre has to decide on the introduction of the Bill. “The empowered committee has nothing to do with it,” he told reporters after the meeting.

Following the breakthrough, the empowered committee is expected to hold meetings independently to decide on other issues. “It is unlikely that there will be any further meetings with the Union Finance Ministry in the near future,” said another official.

Discussions between the Centre and the states had reached a deadlock last week when the empowered committee rejected the draft GST Bill on the grounds that it did not address their concerns on issues relating to compensation, entry tax and taxation of petroleum products.

The states had demanded that the Centre include a provision for a compensation fund for CST in the Constitution Amendment Bill.

Further, they had also sought compensation from the Centre for any loss of revenue on implementation of the GST for five years and a clause regarding compensation in the Constitution Amendment Bill.

The Constitution Amendment Bill was originally introduced in the Lok Sabha by the previous government in March 2011. It was referred to the standing committee on finance, which had submitted its recommendations to the government.

For 16 hrs, terror holds Sydney cafe and the world hostage