"After going through the report, the Chief Minister will not take much time to arrive at a decision," a senior Home Department official privy to the matter told PTI this evening. 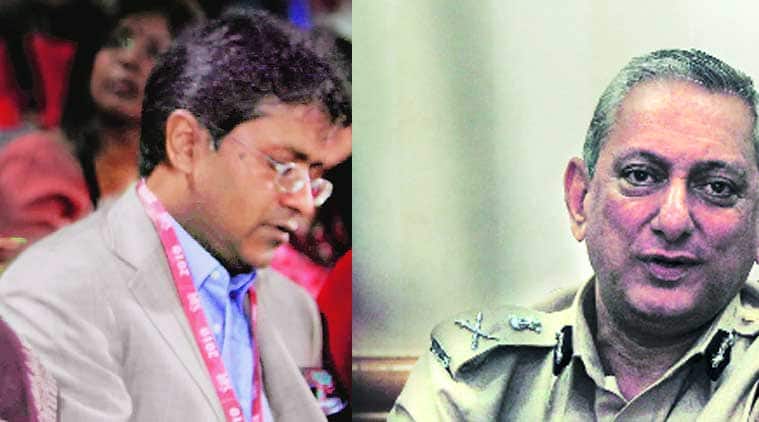 Rakesh Maria says during his meeting with Lalit Modi, the latter sought Mumbai Police’s help against the underworld.

Maharashtra Additional Chief Secretary K P Bakshi on Tuesday submitted his report on Mumbai Police chief Rakesh Maria’s meeting with tainted ex-IPL boss Lalit Modi to Chief Minister Devendra Fadnavis, based on which the government is soon expected to take a decision. “ACS (Home) K P Bakshi has just submitted his report to Devendra Fadnavis. The Chief Minister will receive the file within the next couple of hours. After going through the report, the Chief Minister will not take much time to arrive at a decision,” a senior Home Department official privy to the matter told PTI this evening.

The official insisted that all rumours about Maria’s resignation or transfer are completely baseless. Earlier, Fadnavis had said he would take an ‘appropriate decision’ on the issue after getting the report from the Home Secretary, to whom Maria had provided “information” on his meeting with Lalit Modi in July last year in London. Turning heat on the government on the issue, opposition Congress dubbed the conduct of Maria as “inappropriate” and demanded his resignation or suspension.

“Maria’s response given yesterday is being studied by ACS (Home) K P Bakshi. I will take an appropriate decision after the file comes to me,” Fadnavis told PTI. Maria, appointed to the top post when Congress-NCP government was in power in Maharashtra, submitted the “information” sought by the chief minister to Bakshi last evening.

On Saturday, after a news channel aired a photograph purportedly featuring Maria with Lalit Modi, the Mumbai Police chief had admitted that he had indeed met the ex-IPL boss at the insistence of the latter’s lawyer in London last year. During the meeting, Lalit Modi sought the help of Mumbai Police in view of “threat” to his life by the
underworld in London, Maria said, adding he had apprised the then Home Minister (late R R Patil of NCP) about the meeting soon after return.

Fadnavis had on Sunday said that based on Maria’s information, further course of action would be decided. Lalit Modi, who is facing probe by Enforcement Directorate, is in news following revelations that External Affairs Minister Sushma Swaraj helped him get a travel document in London.

Meanwhile, opposition Congress accused Maria of “inappropriate conduct” in meeting Lalit Modi, who is facing charges of financial irregularities and is currently under ED scanner. Former Maharashtra chief minister Prithviraj Chavan, who has earlier said he was not briefed by Maria of the meeting which happened during his tenure, said the senior IPS officer was guilty of “inappropriate conduct”.

“Maria should reveal who asked him to meet Lalit Modi. Has he informed Chief Minister Devendra Fadnavis in his response? It is up to the Chief Minister to take a call now,” Chavan said. Leader of Opposition in the Assembly Radhakrishna Vikhe Patil of Congress said: “Maria should quit his post or be suspended from service”.

“It was saddening to hear Maria saying he had informed late R R Patil, who was the Home Minister then. Patil is no more. This does not behove well for a top ranking police officer as it is an administrative matter. “Had Maria given in writing to the then ACS (Home) about his meeting with Lalit Modi? Later, the ACS (Home) should have communicated in writing to the Home Minister about it,” he maintained. Meanwhile, Maria and Bakshi, among other officers, attended a high-level meeting presided over by Fadnavis to review security situation in Maharashtra this evening.

Indian doctors in UK appeal to PM Modi over ‘victimisation’