PM Modi to Maoists: Embrace humanity, listen to your victims

PM Narendra Modi advised the Maoists to, ‘Put down' their guns; said violence had no future. 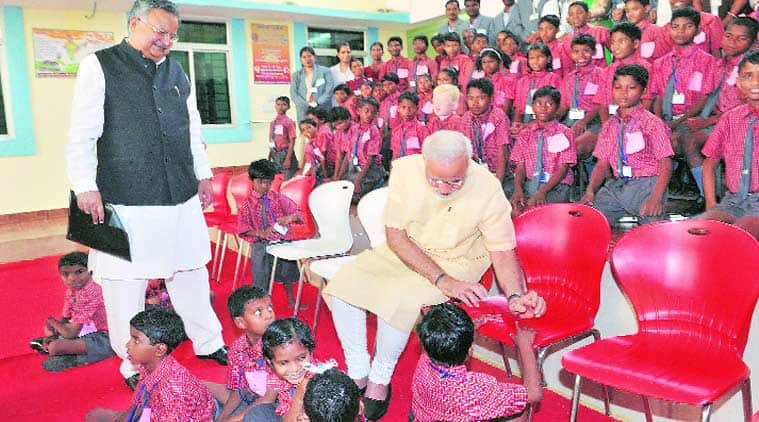 Modi with children affected by Maoist violence, at Saksham Education City, Dantewada. He later advised Maoists to ‘put down guns’ and spend five days with such children. (Source: PTI)

Assuring people that the “drama of death” being played out in the Maoist-affected areas of Chhattisgarh will end, Prime Minister Narendra Modi on Saturday appealed to extremists to spend just “five days” with a child who has lost his parents to the violence to realise that “if there is any future, it is in peace”.

Addressing a public gathering in Dantewada on his first visit to the region since becoming PM, Modi said, “Wear tribal clothes and visit a child who has lost his parents. Spend five days with him. Talk to him, don’t reveal who you are. I can tell you with certainty that the boy… will force you to reconsider. You will be shattered by the grave sin you had committed… intoxicated by violence.” Modi added, “Embrace humanity once, and meet the aggrieved families. You will never take that path again. You will feel that you had committed something wrong. Much more than any government or any law can change you, you will be transformed by a boy who suffered by your bullets.”

Speaking hours after interacting at the Education City project in Jawanga village, 22km away, with around 800 children affected by extremist violence, Modi said, “Violence has no future. If there is any future, it is in peace, and I have experienced this today.”

Saying that “a plough, not a gun on the shoulder” was the way forward, Modi cited the examples of the Naxalbari movement in West Bengal and the insurgency in Punjab. “I want to tell you that there is no need to lose hope. This (Maoism) too will end. When bloody battles were on in Punjab, did anyone think that it could end? I am sure that the people who have taken the wrong path on this land will also sooner or later see humanity emerge from within them.”

He added, “Will this drama of death end here or not? There is no need to despair. Even here, it will stop.”

The Prime Minister added that “development is the only road to solve your problems” and asked the Maoists to “sit together” with the government. “If Chhattisgarh is freed from this problem, it has the potential to rise to number one in India. It can change the future of the youth here, and the future of India,” he said.

Stressing that providing employment is his first priority, he said that no parents want their sons to travel thousands of kilometres to cities and live in a slum. “It is the responsibility of the government that development reaches every corner of the country, remote areas and the hut of the poor,” he said. 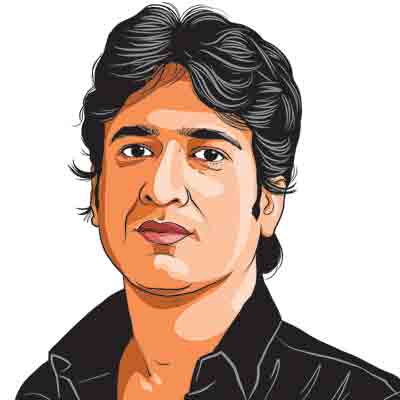