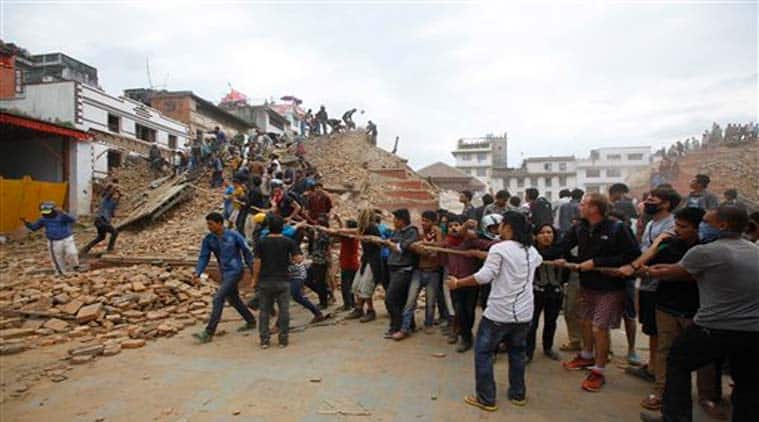 “We request the people to avoid any tour to the quake-affected areas for some days,” Relief commissioner D N Pandey said.

More than 100 tourists from Gujarat are feared to be stranded in Nepal which was hit by a massive earthquake on Saturday.

“We are receiving calls from all over the state. Around 100 tourists from Gujarat are expected to be in different parts of Nepal,” said an official.

“People are enquiring about their stranded relatives and through the Central government we are forwarding them to the Indian embassy in Nepal,” state Relief commissioner D N Pandey said.

“Many of them are safe. Two groups which had gone in batches of 20 and 35 were contacted and they told us that they are safe,” he said.

“Communication lines and even internet lines in Nepal are not working so the communication is difficult. We have also called up the state transport department to find out about the private tourism firms that had obtained permission to take tours to Nepal recently.

“We request the people to avoid any tour to the quake-affected areas for some days,” he noted.

Earlier this week a bus carrying Gujarati tourists had met with an accident in Nepal in which 17 people were killed and 22 were injured.

No alliance with Congress, only issue-to-issue coordination: CPI-M