The body will have a CEO and a Vice Chairperson, to be appointed by the Prime Minister. 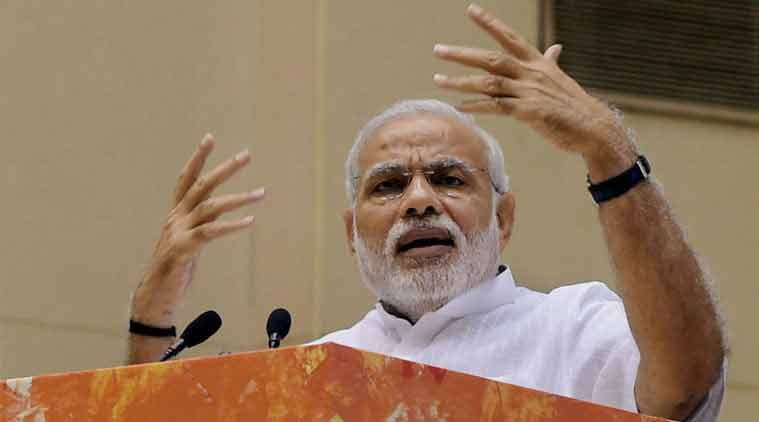 The government on Thursday announced that the Planning Commission had been revamped and rechristened as the NITI (National Institution for Transforming India) Aayog, with a multi-tiered structure including a governing council that comprises the chief ministers of all states and lieutenant governors of union territories.

To be chaired by Prime Minister Narendra Modi, the revamped institution will serve as a government “think tank” with the mandate to provide strategic and technical advice on issues of “national and international importance” to the Centre and states.

“Having served as a CM in the past, I am very much aware of the importance of actively consulting the states. NITI Aayog does precisely that,” tweeted Modi, who had in his Independence Day speech mooted the idea of replacing the Planning Commission, which was set up in 1950 and seen as a vestige of the socialist era. He also held consultations with state governments on December 7 on this issue.

Through NITI Aayog, we bid farewell to a ‘one size fits all’ approach towards development. The body celebrates India’s diversity & plurality

The body will have a CEO and a Vice Chairperson, to be appointed by the Prime Minister, in addition to some full-time members and two part-time members, while four union ministers would serve as ex-officio members. The Planning Commission, known as a socialist era institution, instead had a Deputy Chairperson.

“A pro-people, proactive & participative development agenda stressing on empowerment & equality is the guiding principle behind NITI Aayog… Through NITI Aayog, we bid farewell to a ‘one size fits all’ approach towards development. The body celebrates India’s diversity & plurality,” he tweeted.

The NITI Aayog, set up by a resolution of the Union Cabinet, will have a multi-tiered structure, with the PM as the chairperson, a governing council comprising the chief ministers of all states and lieutenant governors of union territories, regional councils to be set up on region and state specific issues, and experts and specialists as the PM’s special invitees.

“The regional councils will be convened by the Prime Minister and will comprise the chief ministers of all the states and lieutenant governors of union territories in the region. These will be chaired by the chairperson of the NITI Aayog or his nominee,” said an official statement.

Through the NITI Aayog we wish to ensure that every individual can enjoy the fruits of development & aspire to lead a better life.

While the Planning Commission was primarily responsible for deciding on plan spending of the Centre and allocation to state governments, the NITI Aayog will provide a “national agenda framework for the Prime Minister and the chief ministers” after evolving “a shared vision of national development priorities, sectors and strategies with the active involvement of states”.

Invoking the words of national and spiritual leaders including Mahatma Gandhi, Swami Vivekananda and B R Ambedkar, the government said the new agency will also “foster cooperative federalism through structured support initiatives and mechanisms with states” as well as develop mechanisms to formulate credible plans at the village level.
“Nearly 65 years later, the country has transformed from an under-developed economy to an emergent global nation with one of the world’s largest economies… People require institutional reforms in governance and dynamic policy shifts that can seed and nurture largescale change,” said the statement.

Besides, the NITI Aayog will interact with and encourage partnerships between key stakeholders and national and international like-minded think tanks, maintain a state-of-the-art resource centre on good governance and best practices in sustainable and equitable development and actively monitor and evaluate the implementation of programmes and initiatives.

It will also “ensure, on areas that are specifically referred to it, that the interests of national security are incorporated in economic strategy and policy,” said the official statement, adding that it will pay special attention to the sections of society that may be at risk of not benefiting adequately from economic progress. Further, it will design strategic and long-term policy and programme frameworks and initiatives, and monitor their progress and their efficacy.

The revamp however, did not go well with Opposition parties who said it was mere “fluff” and “gimmickry”. “If the government wants to greet people with fluff and not substance on the first day of 2015, then there is nothing more that can be said… If North Block or the Finance Ministry have a very short-term view of both fiscal and monetary objective… It, being the stakeholder in the process, I am afraid, is going to discriminate against the states,” said Congress spokesperson Manish Tewari.