The investigation officer’s report... held that the first investigation (by Maharashtra ATS) was wrong... I recommended that justice must be done... Initially, they agreed. I do not know what instructions flowed from the top brass later, they refused to file a discharge application — Rohini Salian 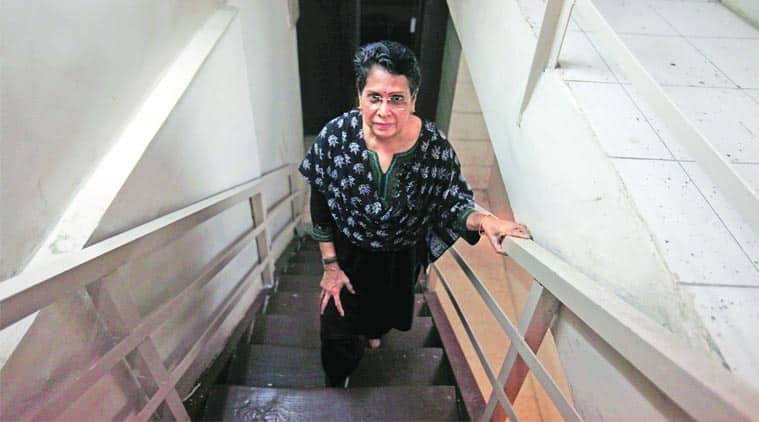 The NIA has also alleged that though Salian was an empanelled prosecutor, she did not consult the agency before filing any application in court. This, it said, led to the NIA being surprised when it went to court.

Days after the Supreme Court sought replies from the Ministry of Home Affairs (MHA) and the National Investigation Agency (NIA) on the allegations of complicity between the prosecution and the accused in the Malegaon blast case, the NIA has written to the MHA listing reasons for recommending removal of Rohini Salian as its special public prosecutor.

According to the NIA, Salian wanted the agency to file an application in court to discharge nine Muslim men initially arrested in the 2006 Malegaon blast case. The agency has alleged that when it refused to comply, Salian refused to file the chargesheet in the case.

The NIA has also alleged that though Salian was an empanelled prosecutor, she did not consult the agency before filing any application in court. This, it said, led to the NIA being surprised when it went to court.

Another allegation by the NIA is that Salian did not maintain a “court diary” — a record of work done by the prosecutor for the agency he/ she represents.

NIA DG Sharad Kumar sent the letter to the MHA’s internal security division on Monday, in response to a questionnaire that the ministry sent two months ago on its recommendation for denotification of Salian and two others — S B Faria and N P Mehta — from its panel of prosecutors.

As first reported by The Indian Express on June 25, Salian, who was the special public prosecutor in the 2008 Malegaon blasts case in which Hindu extremists are the accused, had claimed that over the past one year, since “the new government came to power”, she had been under pressure from the NIA to go “soft” in the case. The NIA subsequently recommended Salian’s denotification from its panel of lawyers.

Speaking to The Indian Express on Wednesday, Salian denied the NIA’s allegations. “The investigation officer’s report in the 2006 Malegaon case held that the first investigation (conducted by Maharashtra ATS) was wrong and that NIA’s was right. Based on this, I recommended that justice must be done to the Muslim men. Initially, the officers who I discussed the issue with agreed. I do not know what instructions flowed from the top brass later, they refused to file a discharge application,” she said.

Salian said she had never filed any application to the court on her own, and all replies filed on behalf of the NIA were first sent to Delhi, and submitted to the court only after approval. “I have been representing NIA since 2009. I was never asked to keep a court diary,” said Salian.

“The NIA’s argument is that when there are two chargesheets (one by Maharashtra ATS and another by CBI) against the nine Muslim men, it’s the court’s prerogative to discharge them… The NIA was given the case for ‘further investigation’ and not ‘re-investigation’. The prosecutor may differ in her opinion, but must not refuse to file the chargesheet. Also, the NIA says a prosecutor must consult the agency before filing an application,” said a home ministry official.

In its letter to the NIA, the MHA had sought details on the tenure of public prosecutors, list of prosecutors who had completed five years, if they were appointed in special cases or as part of a panel, how many cases were referred to Salian and the two other prosecutors whose removal was recommended, outcome of these cases and the specific reason behind recommending their removal.

The NIA has said there is no policy on tenure of public prosecutors and they are hired as part of a panel. It has said that eight prosecutors are either nearing completion of five years or have completed it. According to the NIA, Salian was given three cases — the two Malegaon blasts and a case of seizure of fake Indian currency notes.

Bail hearings to be conducted in-camera