National Conference demands the immediate revocation of AFSPA from Jammu and Kashmir as was done in Tripura. 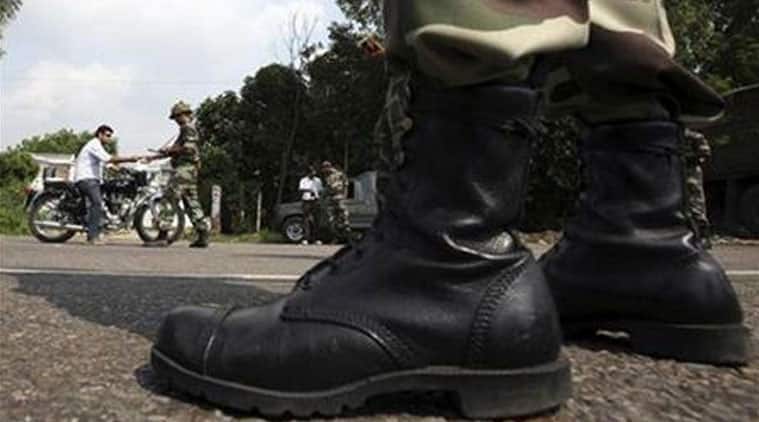 Tripura imposed AFSPA in February 1997 after a spate of killings and kidnappings by the National Liberation Front of Tripura, bringing two-thirds of its then 42 police station areas under its provisions.

Giving Tripura’s example, National Conference on Saturday sought immediate revocation of Armed Forces Special Powers Act from Jammu and Kashmir, saying continuation of the Act was not in sync with the “significant” decrease in violence in the past six years.

On May 27, the Tripura government decided to lift AFSPA from the state, where the controversial law was in effect for the last 18 years to curb insurgency. The party also called for resumption of dialogue between India and Pakistan for peace in the state.

The demands were made in a series of resolutions passed unanimously by the party at the day long convention here, a party release said.

“National Conference demands the immediate revocation of AFSPA from Jammu and Kashmir as was done in Tripura,” a resolution said.

It said the party has always strived for the revocation of the Act and would continue to strive for it till the time it is completely revoked.

“Our party is of firm belief that further continuation of the Act is not in sync with the significant decrease in
violence that has been achieved in the past six years.

NC working president and former Chief Minister Omar Abdullah had actively strived for the revocation of the Act and the party shall continue its struggle to get AFSPA revoked,” the resolution said.

Another resolution called for early resumption of dialogue between India and Pakistan, saying “a prolonged diplomatic stalemate between the two countries goes against the common pursuits of peace, cooperation, prosperity and progress in the sub-continent and also endangers the dividends of peace and normalcy in the state”.

“National Conference seeks restoration of talks between India and Pakistan without any further delay. Dialogue is
imperative for the resolution of all issues that plague relations between New Delhi and Islamabad,” it said adding,
“Jammu and Kashmir is both the worst victim of hostility between the two countries and can be the biggest beneficiary
of peace.”

2 Naxals, including a woman held in Chhattisgarh