A day after AIPMT was held across the country, IUML national secretary E T Muhammed Basheer blasted the court for its observations. 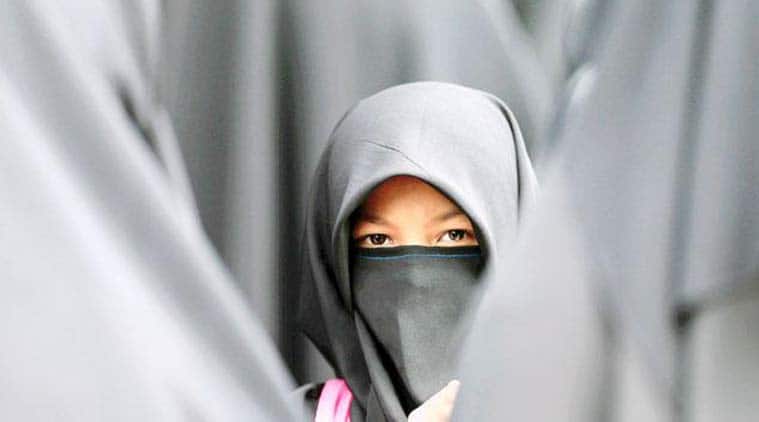 On Friday, while refusing the aspirants of the AIPMT to allow wear hijab/headscarf, the Supreme Court had stated that “your faith won’t disappear if you appear for the exam without a scarf.” (Photo: Reuters)

The Kerala unit of Congress and its alliance partner in the state, Indian Union Muslim League (IUML), said on Sunday that disallowing All India Pre-Medical Test (AIPMT) examinees to take the test wearing hijab or veil was a violation of constitutional rights.

The statement comes after a Catholic nun refused to take the test on Saturday when she was asked to remove her headscarf for mandatory checking before entering the exam hall.

“It infringes upon a citizen’s constitutional rights to protect his faith and religious practices. The Centre should take necessary steps not to repeat such incidents which hurt the religious sentiments of believers,’’ he said. Chief Minister Oommen Chandy chose to keep silent on the issue.

MP and IUML national secretary E T Muhammed Basheer criticised the Supreme Court’s move to disallow a petition against new norms for AIPMT examinees introduced by the Central Board of Secondary Education (CBSE), which organises the exam across the country.

On Friday, the Supreme Court had disallowed a petition by the Students’ Islamic Organisation against a dress code introduced by the CBSE for examinees and stated, “your faith won’t disappear if you appear for the exam without a scarf.”

Reacting to the apex court decision, Basheer said, “The court has no right to interfere in matters of faith. The issue is not a simple one as the court had reckoned. Its verdict was against religious faith.”

Speaking on the IUML statement, BJP’s state president V Muraleedharan said that the IUML is challenging the Supreme Court and the Indian Constitution.

“If they are living in the country, they should follow the Supreme Court order. Otherwise, they should give away the citizenship,” he said.

In the backdrop of large-scale irregularities in the AIPMT held in May this year, the Supreme Court had directed the CBSE to conduct a second test. Following the apex court order, the board imposed a strict dress code, banning examinees from sporting jewellery, hair pins, head scarf or veils, shoes, watches and electronic devices.