Modi a messiah Indians have been waiting for: Uma Bharti

“They see saffron agenda in Saraswati...Ganga (projects). But I say, its the agenda of alleviating poverty, making progress...its an economic agenda,” she said. 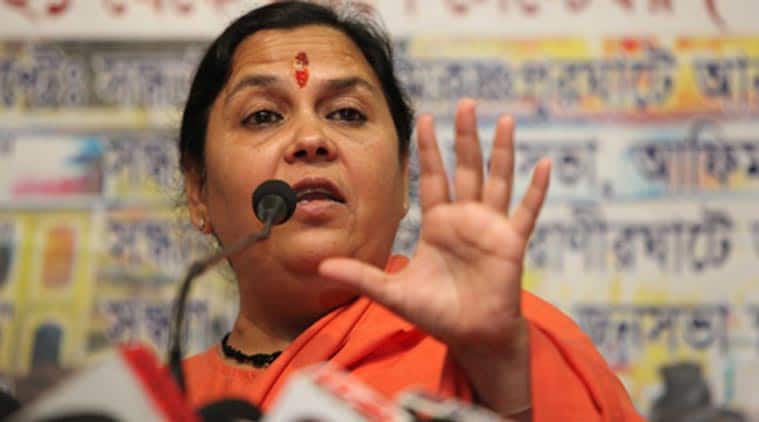 Union Water Resources Minister Uma Bharti heaped praises on Prime Minister Narendra Modi, saying he was a messiah Indians had been waiting for to appear, for a thousand years.

Launching the Jal Kranti Abhiyan in Jaipur on Friday, Bharti also took a dig at former PM Manmohan Singh and the UPA government.

“Rs. 5000 crore have sunk without trace in the name of cleaning Ganga over the last 29 years. Now, if I asked (former PM) Manmohan Singh, he would say ‘Mainu ki pata’ (what do I know). At first he would not hear it, and then he’d say mainu ki pata,” Bharti said, drawing applause from audience at the packed Birla auditorium here.

“But for the first time, we have a PM (in Narendra Modi) who says ‘mainu sab pata’ (I know everything). He has an answer to everything…all of India’s problems,” she said.

Bharti also took a dig at the media and the opposition Congress for unnecessarily “equating” her work with “saffron agenda”.

“They see saffron agenda in Saraswati…Ganga (projects). But I say, its the agenda of alleviating poverty, making progress…its an economic agenda,” she said.

Bharti said she thoroughly enjoyed her new ministerial role but added she was “unapologetic” about the “Ayodhya temple campaign”.

“Earlier, the party wanted me to handle the Ayodhya temple campaign…the Hubli flag hoisting… and rooting out the Congress government in Madhya Pradesh. I did all of that. But these were struggles, so I was firebrand…now I am ‘waterbrand’,” she said, in a light-hearted reference to her ministerial role.

Bharti said India will learn from experiences of England (Thames) and Australia (Mary Darling) for cleaning Ganga. “But while they did it in 40 years, we will try to make it into a mass movement and clean Ganga in 10 years with your support,” she said.

The Jal Kranti Abhiyan she launched here will be celebrated across the country during 2015-16 with an aim to consolidate water conservation and management using a “holistic and integrated” approach.

The chief component under the campaign is the Jal Gram Yojana, whereby one village facing acute water scarcity would be selected from each of the 672 districts in the country. The scheme will identify and train a cadre of local water professionals, preferably women panchayat members, to be called “Jal Mitra” who will create mass awareness about water problems.

The scheme also provides for a “Sujalam Card” which will provide annual status/information about the quality of drinking water available for a Jal Gram. “Jal Kranti will start with one village from each district and will soon transform into a people’s movement, covering the entire country,” she said.

Regarding the MP-Rajasthan Kalisindh-Parvati-Chambal river interlinking project, she said she would talk to Madhya Pradesh CM Shivraj Singh on Rajasthan’s behalf, urging him to expedite the process.

Bharti also praised Rajasthan CM Vasundhara Raje, saying she had never seen a CM so concerned with problems of the state.

“Yesterday (Thursday) I met her in Delhi and when we were alone for a while, we talked and she was in tears talking about the water problems of Rajasthan,” she said.

“I had once criticized Raje during an event in Rajasthan. But then, when it was my birthday, she took pains to find me and wish me. Since then, she has taken the place of Vijayaraje Scindia in my heart.”