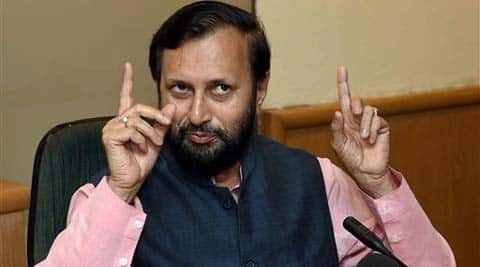 Union Minister Prakash Javadekar on Monday said the Narendra Modi government believes in the mantra “delay is out, decision is in”, and asserted that the job of the government is not to create roadblocks but to give impetus to entrepreneurship and industry.

The Information and Broadcasting Minister, who was addressing representatives of the media and entertainment sector here, said both the government and industry should work together for the welfare of the consumers.

“There are issues of distribution, there are issues of taxation….But that is why (for) the Modi-led government, what is the mantra? The mantra is delay is out, decision is in,” Javadekar said at an event organised by ASSOCHAM.

“We are here to facilitate. The government’s role is not to create roadblocks for the industry. I believe our job is to give impetus to entrepreneurship,” said Javadekar, who also holds the portfolio of Environment and Forests Ministry.

Javadekar exuded confidence in the media and entertainment industry in the country saying the sector has immense opportunities. He said that the world is fascinated by our culture and Indian cinema is becoming very popular.

“Education and entertainment are the primary needs after roti, kapda and makaan (food, cloth and shelter),” Javadekar added.

India will write to Swiss govt, ask for expeditious sharing of bank info