The schoolgirls of Pipalda were demanding more teachers and said they would call off their demonstration only if the 'shiksha mantri' himself gave them a hearing. In Delhi, Rajasthan Chief Minister Vasundhara Raje is asked daily by the Congress-led opposition to prove her innocence in l’affaire Lalit Modi, to explain the support she extended to the former IPL chief who faces allegations of money-laundering and corruption. “Lalitgate” is a prominent reason for holding up the monsoon session of Parliament. The BJP, on the other hand, appears to have decided to wear down the Opposition, ride out the storm.

Come to Raje’s bastion of Jhalawar, to wonder whether the BJP strategy of brazening it out has something to do with Lalitgate’s resonance — rather, lack of it — on the ground.

The Congress has completely failed to strike sparks off the Lalit Modi issue in Jhalawar. In fact, it has barely roused itself enough to try. And here, the Raje government is being asked very different questions. Can we have teachers?
On July 20, at 7 am, students of the government senior secondary school in Pipalda village, mostly girls in white and blue, sat down on a dharna on the national highway, bringing traffic to a halt. Pipalda is about 30 km from Jhalawar town, the centrepiece of the parliamentary constituency serially represented since 1989 by Raje, and now, for the last three terms, by her son Dushyant Singh. Raje’s Vidhan Sabha constituency of Jhalarapatan falls in the same district.

The schoolgirls of Pipalda were demanding more teachers. Their school, which has not had a principal for four years, has been making do with four. But with one preoccupied with administrative work and the other in overseeing the midday meal, only two teachers have been teaching, or not teaching, 12 classes. On that July 20 morning, the schoolgirls on NH-12 were adamant.

They would call off their demonstration only if the “shiksha mantri” himself gave them a hearing, they said. Hard negotiations followed with the principal of a school in the nearby village of Modhak speaking on behalf of the administration, a page torn from a class notebook became a “gyapan” or memorandum, a camera on a mobile phone recorded its presentation to the principal, and finally, two and a half hours later, the students lifted their blockade at 9 30 am.

Give us a week to respond, beta, said the principal. Three days only, sir, said Pipalda’s schoolgirls, or we will be back on the national highway.

If Jhalawar’s upheavals have nothing to do with Lalit Modi, in the Congress office in the district headquarters, too, the Lalit Modi controversy is conspicuous by its near-absence. Off the Mama Bhanja chauraha, in the desultory first-floor office of three bare rooms, there are no desks or chairs or computers or any Congressmen, except one. Mohammad Shafique Khan, spokesperson, recounts, without enthusiasm, the three times his party roused itself to public agitation on Lalitgate in Jhalawar. One effigy-burning in front of the mini-secretariat to protest against Sushma Swaraj. Another effigy-burning also in front of the mini-secretariat, this time against Raje. A public meeting earlier this month in a mid-town hotel when Sachin Pilot came visiting.

Khan explains the general air of somnolence in the party office, even as Lalitgate rages elsewhere and even though municipal corporation polls are due in August: “Jo upar se nirdesh aate hain, Congress karti hai, (the local Congress does what the high command tells it to)”. This is “Madam ka zilla (district)” and “we do sangharsh (struggle)”, he says. But Lalitgate won’t make a difference here, because of “Madam ka aakarshan (attraction)” among the people.

Raghuraj Singh Hada, former District Congress Committee chief, explains the way of the Congress in “Madam ka kshetra”. “Our central leadership has all but given up on this Lok Sabha seat…The Congress makes no effort to nurture a local leadership. No leader is allowed to grow in stature here.”

The Congress has given Raje such a walkover in Jhalawar, says Hada, that it did not, and could not, make an issue of even her long absences from her own constituency. She can take Jhalawar for granted, he says, because she knows the Congress will not protest or do anything.

Congress demoralisation seems to have only increased after its severe drubbing in the last Assembly election (in which the BJP swept all 8 Vidhan Sabha seats) and then in the 2014 parliamentary polls.

BJP confident but wary, too At the BJP office, they talk of an ‘eruption’. (Source: Express photo by Vandita Mishra)

Not surprisingly, the BJP is not on the defensive. In fact, it is unabashed on Lalitgate. There is no need, it says, to go to the people, or to explain. “Why would we do that”, counterquestions Kanwar Lal Meena, sitting BJP MLA from Manohar Thana. “It (Lalitgate) is simply not an issue here…the people of Jhalawar have blind faith in Vasundhara ji.” Also, “everyone understands that sifarish or lobbying is part of the game of politics. Why be a neta if you can’t do favours”, he says.

Making Lalitgate an issue in a traditional Jana Sangh-BJP bastion where Raje is still deferred to as “maharani sa” by supporters and opponents alike was always going to be a tough ask. Taking Lalitgate to the people would also be difficult for another reason: in recent years, the coverage of national news in the print media in a place like Jhalawar is increasingly overtaken by local reportage by an aggressively regionalising media as it casts its net wider in a mostly rural district with spreading literacy.

But the Congress incapacity to make even the token effort in Jhalawar is remarkable. It is shown up even more starkly because Lalitgate has come at a particularly opportune moment for the Raje opposition.

The general feeling here, even among BJP supporters, is that the Vasundhara government has slowed down. That while she set up an array of colleges, a mini secretariat and a thermal plant in Jhalawar in her first stint as chief minister from 2003-2008, she has had little to show for her second tenure in her stronghold so far.

In the event, as Lalitgate seems to touch off no ripples, there is consternation in some unlikely quarters in Jhalawar.

“There will be a visfot (eruption)”, says Gayatri Bohara, a moneylender in village Harigarh, and a former zilla parishad member from the BJP, with barely concealed anticipation. “No one here knows or cares about Lalit Modi but things will not remain the same. More than 50 per cent of the BJP workers are in depression here, and the local BJP leadership adds up to zero. There is no challenge yet to Madam, but something is bound to give”, he says.

“This is not the BJP of old”, says Govardhan Lal Nagar, sarpanch of Kheda village, also a BJP member. “Madam may win her own seat, but if things continue as they are, the BJP may not find it so easy anymore to win the other seats in the district”, he says. Like Nagar and Bohara, many in the BJP feel immobilised and stunted by Raje’s domination of the district.

While the local Congress and BJP wait, almost despite themselves, for the political sameness to be broken, however, larger social changes are afoot in Jhalawar. A clamour from below is rising slowly but steadily, which cannot but catch up with its frozen politics.

A little room in Kota
The angry schoolgirls on NH-12 are one image of this impending change. For another powerful image, come to Kota, the hub of the coaching industry in Rajasthan.

Here, 19-year old Bhanwari from Jhiri village shares a tiny room with Mamata who belongs to the next-door village of Gurari. Both girls came to Kota in 2013 and enrolled themselves in coaching classes to help them train as teachers. Both are waiting now for the Rajasthan Public Service Commission to announce the next round of recruitments of school teachers.

At every step, recalls Bhanwari, her parents stood in her way. And at every step, they had to give in to her determination to study further, even if it meant leaving the village, even if it meant living on her own. “Mine was the first batch of girls to be allowed out of Jhiri, to study in Jhalawar and Kota. We were four of us”, she recalls, “Kavita, Anjana, Sheila and I”. Now, there will be others.

For them, Raje is no longer “maharani sa”. “She is my mukhya mantri”, says Bhanwari. “Governments must solve people’s problems. When I vote, I only look for the best candidate”, she says. Bhanwari and Mamata, by the way, do not know who Lalit Modi is.

PMRDA awaits Centre’s nod to bring Cantt under its banner 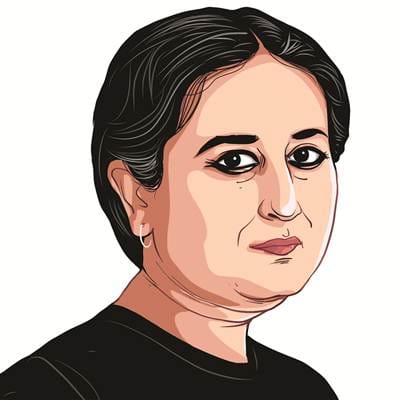