The Bangladesh Border Guards pumped 34 bullets into the tusker and it died instantly on Monday afternoon. 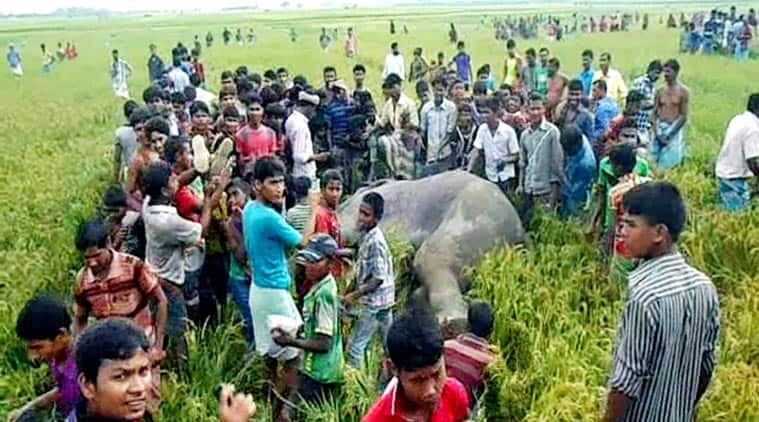 While cross-border infiltration of humans has been a hotly debated issue between Bangladesh and India and particularly West Bengal, this time the gruesome killing of an Indian lone tusker that strayed into Rajsahi district of Bangladesh from Murshidabad district of West Bengal has raised a storm of protests.

The Bangladesh Border Guards pumped 34 bullets into the tusker and it died instantly on Monday afternoon.The carcass was buried immediately by the BBG and later they informed the Indian officials about the killing. It all happened when a West Bengal wildlife team had reached the border with tranquilising guns to bring back the elephant into West Bengal. “But unfortunately we did not get an opportunity,” said member of the team.

The West Bengal Wildlife officials plan to lodge a report to the Project Elephant drawing its attention to the tragic and brutal killing of the elephant and to take up the issue with the wildlife wing of both the countries. 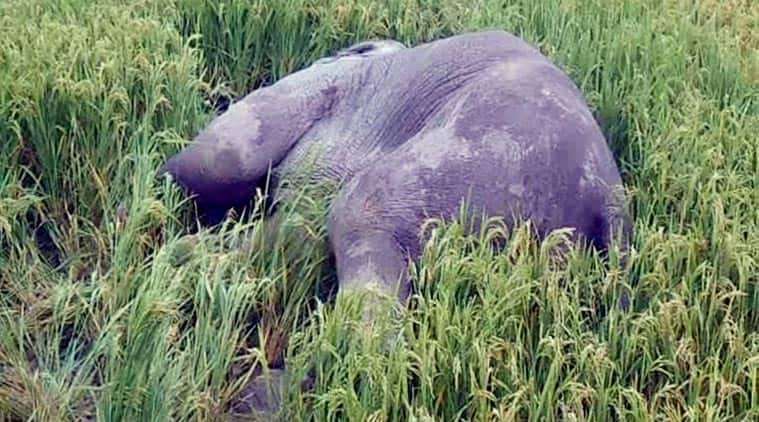 The Indian tusker (Wildlife officials like to describe it as an Asiatic elephant) from the Dalma range of Jharkhand had strayed and travelled over 500 kilometer through several districts of West Bengal to finally cross over into Bangladesh having swam across the mighty Padma river at a place called Nimtita in Murshidabad district of West Bengal yesterday morning.

On the Bangladesh side, the Bangladesh Border Guards (BBG) taken aback by this unusual intrusion tracked it sometime before pumping 34 bullets into the pachyderm, killing it on the spot. It had 2-feet long tusks and was described by West Bengal Wildlife officials as a young lone tusker that somehow had got detached from its herd.

A top official of the West Bengal Wildlife wing rued that its team was ready on the border to cross-over and drive back the elephant, but the BBG allegedly did not give any time and defended their action saying it was about to enter a village and there was fear of loss of lives. After killing the elephant, the BBG dug a grave to bury it, too.

The director, Project Elephant, R K Srivastava, when contacted said that he was yet to receive any report regarding this tragic killing of an elephant. But should the West Bengal Wildlife wing lodge any complaint with the Project Elephant, it would definitely initiate actions to take up the matter with the Bangladesh government at the highest level, said Srivastava.

He, however, pointed out that trans-border measures to deal with such problem with Bangladesh government are at a very preliminary stage but it had been initiated. He said “there was little that the West Bengal Wildlife wing could do against the ‘crime’ committed in Bangladesh by the killing of the endangered animal. After all, Indian Wildlife Acts are not valid in Bangladesh,” Srivastava said.

Mr M.K.Nandy a former Principal Chief Conservator of Forests in West Bengal had been working on finding solution to a similar problem but with greater a magnitude – that of migration of elephant herds from West Bengal to Nepal and vice versa. While in Bengal there are strict laws and adherence to rules for wild life protection, in Nepal the response on several occasions had been similar to what Bangladesh had done.

The Nepal Army used to fire upon the elephant herds (they used to describe these as ‘Indian Elephants’) indiscriminately to drive them back into the North Bengal forests. On several occasions the aftermath had been disastrous. Injured elephants hit by bullets created havoc in North Bengal, killing men and women in fits of rage after being injured in such firing incidents by the Nepal Army, police and forest guards.

Nandy said that the WWF has provided some funds to the West Bengal forests department to set up wire fencings along Mechi river that divides Nepal and North Bengal near Siliguri. He further said that a project funded by the US Fish and Wildlife wing on this atrocity on elephants and ways to stop it is underway between officials of the two countries and the first phase has been completed.