Jaitley said that the proposal for a reform of the indirect taxes had been pending for 12 years. 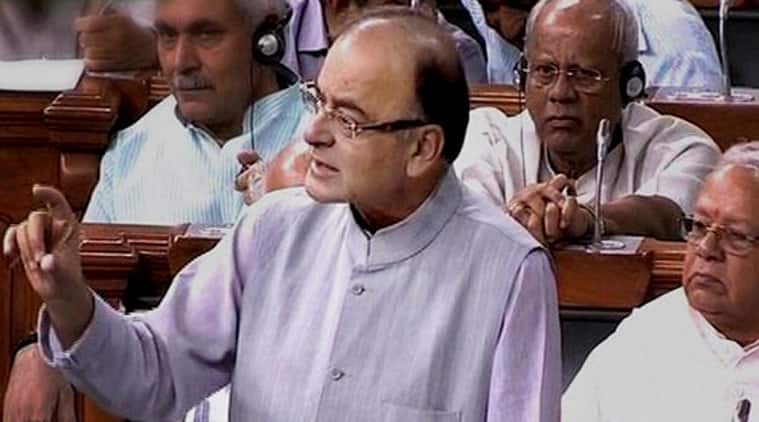 Finance Minister Arun Jaitley said the passing of the bill was a “very important moment” because the whole process of indirect taxation in India will change once the GST is implemented.

The lok Sabha on Wednesday passed the Goods and Services Tax (GST) Bill with 352 members voting in favour of the bill and 37 against it. Opposition Congress, led by party president Sonia Gandhi and floor leader Mallikarjun Kharge, however, staged a walk-out before the voting began.

This is just the beginning as the real test for the government awaits in Rajya Sabha, where non-NDA parties have the numbers to have their way. These parties are likely to pitch in for referring the bill to a select committee of the Upper House.

The GST, which is proposed to be implemented from April 1 next year, will subsume excise, service tax, state VAT, entry tax, octroi and other state levies.

During the voting, members belonging to the AIADMK voted against the constitutional amendment. Prime Minister Narendra Modi was not present in the House at the time of voting. Nor was Transport Minister Nitin Gadkari. Minister for External Affairs Sushma Swaraj, who was present during Jaitley’s speech left before the voting because she had to go to Rajya Sabha for piloting the bill aimed at implementing the India-Bangladesh land boundary agreement.

Speaking for the bill, Finance Minister Arun Jaitley rejected the demand made by the Congress, Left parties, AIADMK and the Biju Janata Dal for referring it to the standing committee. “A bill is not a dancing instrument that it will be jumping from Standing Committee to Standing Committee,” he said, adding that the bill had been already examined by the standing committee and many of its suggestions had been incorporated.

The Minister, however, assured the House that the states, which would suffer revenue loss, would be compensated.

Commending the legislation, the Finance Minister said the passing of the bill was a “very important moment” because the whole process of indirect taxation in India will change once the GST is implemented. Responding to the concern of the members that the 27 per cent revenue-neutral tax rate (RNR) for the GST, as proposed by an expert committee, would fuel inflation, Jaitley said, “A 27 per cent RNR will be too high… The Government or the GST Council has not decided on the rate… This figure is going to be much diluted.” The GST, according to him, would ensure a seamless and uniform indirect tax regime besides lowering inflation and promoting growth in the long run.

A string of amendments moved by Bhartruhari Mahtab of the BJD, N K Premachandran of the RSP, C N Jayadevan of the CPI were defeated. They did not press many amendments moved by them. Trinamool Congress member Saugata Roy had given notices for moving many amendments, but he chose not to move them, citing the support extended by his party to the legislation following assurances by the government.

Jaitley said, while replying to the discussion, that the proposal for a reform of the indirect taxes had been pending for 12 years and his predecessor P Chidambaram had also mooted it during UPA-rule. Regarding the concerns of various states, including Tamil Nadu, the Finance Minister said they will be compensated by the Centre for five years. He said, “Our clear understanding with the states is, in a tapering manner the losses incurred by the states will be fully compensated for five years.” The GST structure provides for a 100 per cent compensation for the first three years, 75 per cent for fourth year and 50 per cent for the fifth year.

Deputy Speaker and senior AIADMK leader M Thambidurai sought to know what would happen if a state continued to suffer a revenue-loss even after five years. He sought to know what safeguard would be available to the state in that situation. The Finance Minister maintained that all such issues will be addressed by the GST council and the Centre will under-write the loss. He said the concerns of both manufacturing states like Maharashtra, Tamil Nadu and Gujarat, as well as consuming states had been taken into account, and states would stand to gain by implementing the GST. Regarding the BJD’s concerns, he said the new measure would also benefit mineral-producing states like Odisha.

When Jailtey argued that UPA-II Finance Minister P Chidambaram had been pushing the bill earlier, senior Congress leader Veerappa Moily replied that it was not a matter between two finance ministers. Thereupon, Jaitley hit back, saying, “You may have disowned all of your Finance Ministers, but the country cannot”.

He maintained that it would be erroneous to see the GST “as a UPA-NDA issue.” “The GST is a Centre and state issue,” he added. While registering the Government commitment to a co-operative federalism, he said, “Federalism means strong states but it doesn’t mean a weak Centre.” He said the whole system was so designed that the Centre and states will have to work together.

Sonia Gandhi hits out at PM Modi, accuses him of serving select few